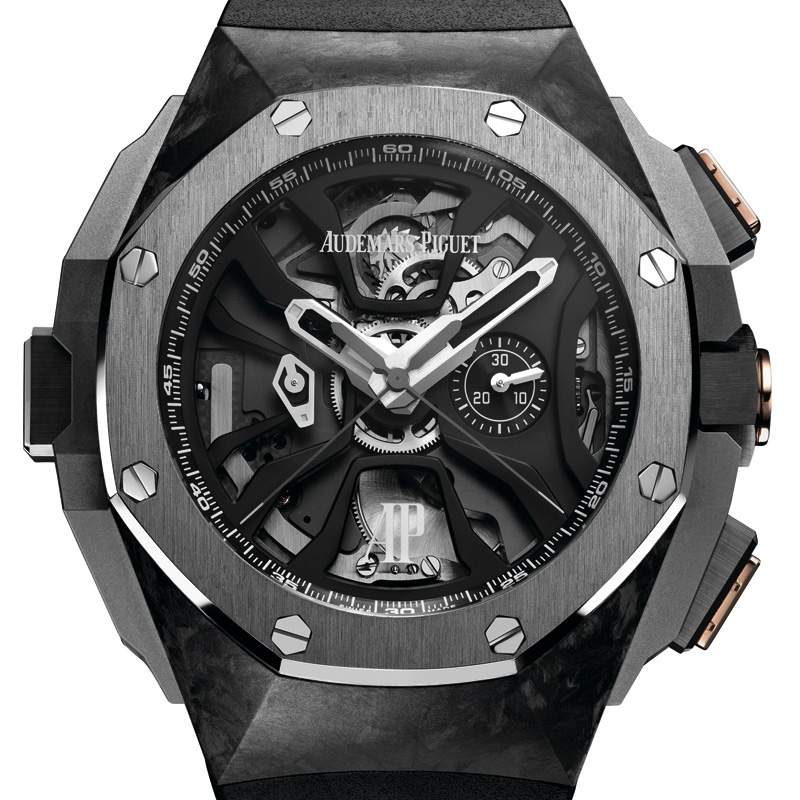 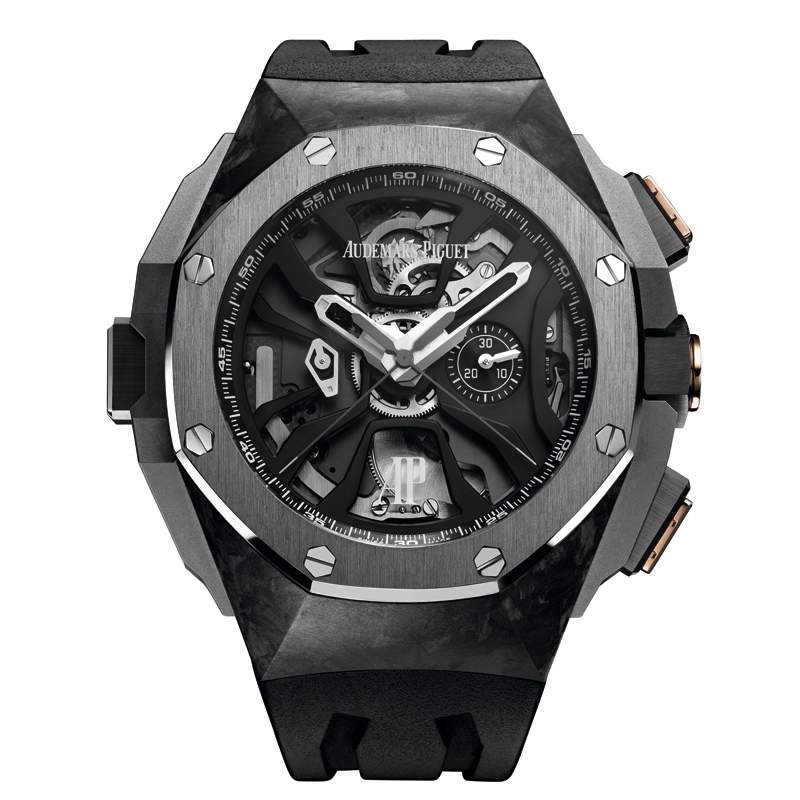 WHY IS UNIQUE - AND HOW IT WORKS

Traditionally, short circuit motor racing is timed from the track side with two or more hand-held stop watches. As one lap is completed, the first watch is stopped and the second is started.

This third pushpiece makes it possible to simultaneously stop either of the two chronograph hands, while returning the other to zero and restarting it - meaning that, while the time of the most recent lap is being noted down, timing of the next lap is already underway. The watch therefore negates the need for two or more hand-held timing devices, streamlining the operation within a single wrist chronograph.

Alternatively, the watch can keep a certain lap time as reference, stopping one hand with the laptimer button, and using the flyback function on the other chronograph hand with the pusher at 4 o’clock to restart the measurement of each new lap.

Finally, the timepiece can be used as a “standard” flyback chronograph with both hands running together in parallel.

Developed at the design and technical department of Audemars Piguet, the Royal Oak Concept Laptimer Michael Schumacher features a pending patent covering its unique functionality, which is based on a mechanism incorporating no fewer than three column wheels.

One column wheel, located at the six o’clock position, controls the chronograph sequence, while the two at the 12 o’clock position control the complex laptimer sequence.

The gear train is driven by two mainspring barrels set in parallel which provide double of power reserve - and, to ensure exceptionally smooth operation the watch features specially developed conical gear teeth which mesh seamlessly and accurately at all points in the movement’s cycle for a perfectly linear torque transmission. A new oscillating wheel coupling mechanism has been developed for jerk-free action when the chronograph is stopped or started.

Since the new Audemars Piguet 2923 calibre operates at a frequency of 4 Hertz = 28,800 vibrations/hour and features a variable-inertia balance wheel, it is capable of recording times down to one-eighth of a second.

Due to the complexity of the movement’s construction, it contains several unusually long and slim components which would not operate satisfactorily using traditional lubricating methods. As a result, the engineers at Audemars Piguet chose solid lubricants which will not deteriorate easily and which will remain consistent and offer exceptional longevity.

As seen on previous Audemars Piguet Concept watches, the Royal Oak Concept Laptimer Michael Schumacher features a 44 mm case made from forged carbon.
The bezel, case edges and caseback, meanwhile, are made from titanium and the pushpieces from ceramic and pink gold.

The blackened openworked dial, like the back of the watch, is protected by a glare- proofed sapphire crystal with the watch being supplied on a black rubber strap with a titanium AP clasp.

Close examination of the Royal Oak Concept Laptimer Michael Schumacher also reveals subtle references to the man who inspired it - seven stars, for example, are marked on the left side of the case in honour of Michael Schumacher’s seven F1 World Championship titles, and his celebrated ‘MS’ monogram appears on the laptimer pushpiece.

Finally, in honour of his extraordinary career, the Royal Oak Concept Laptimer Michael Schumacher will be made available in a strictly limited edition of 221 pieces in recognition of the number of F1 World Championship point-winning races in which he competed.