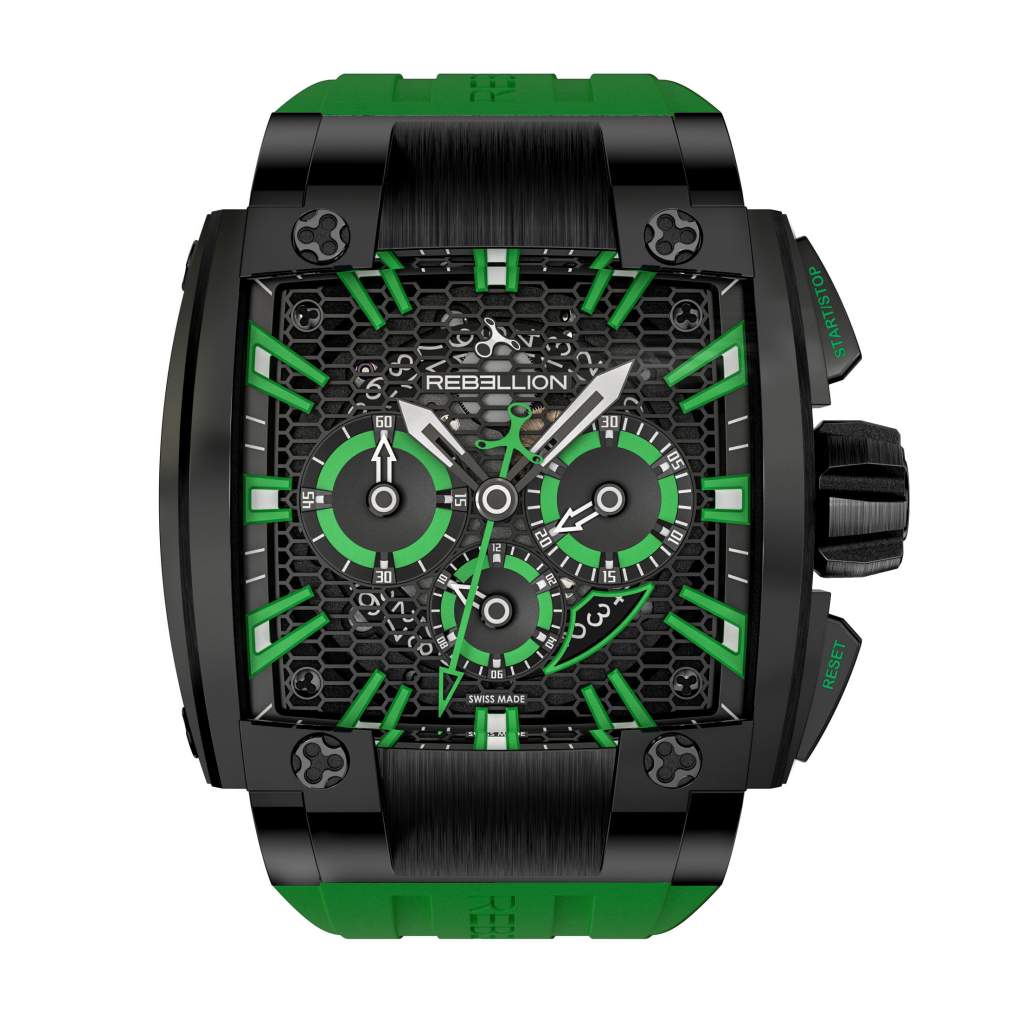 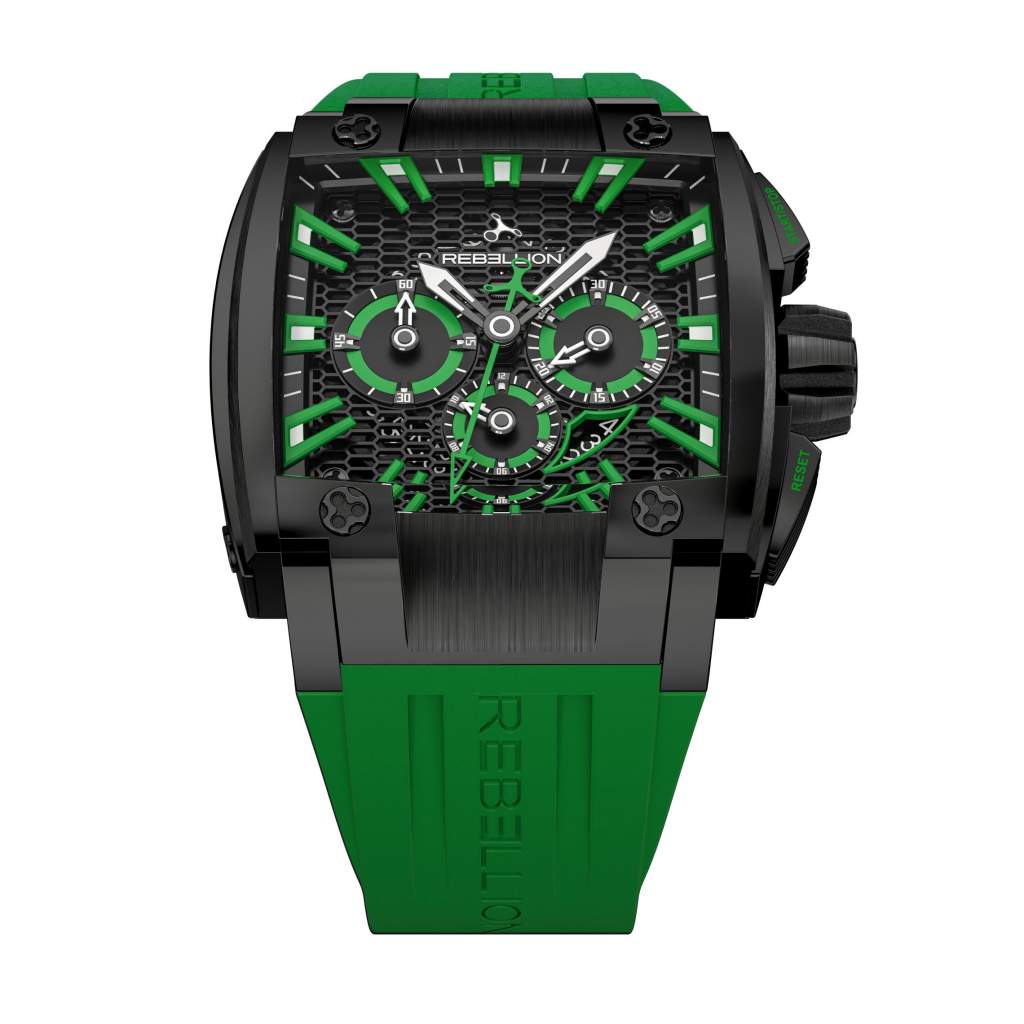 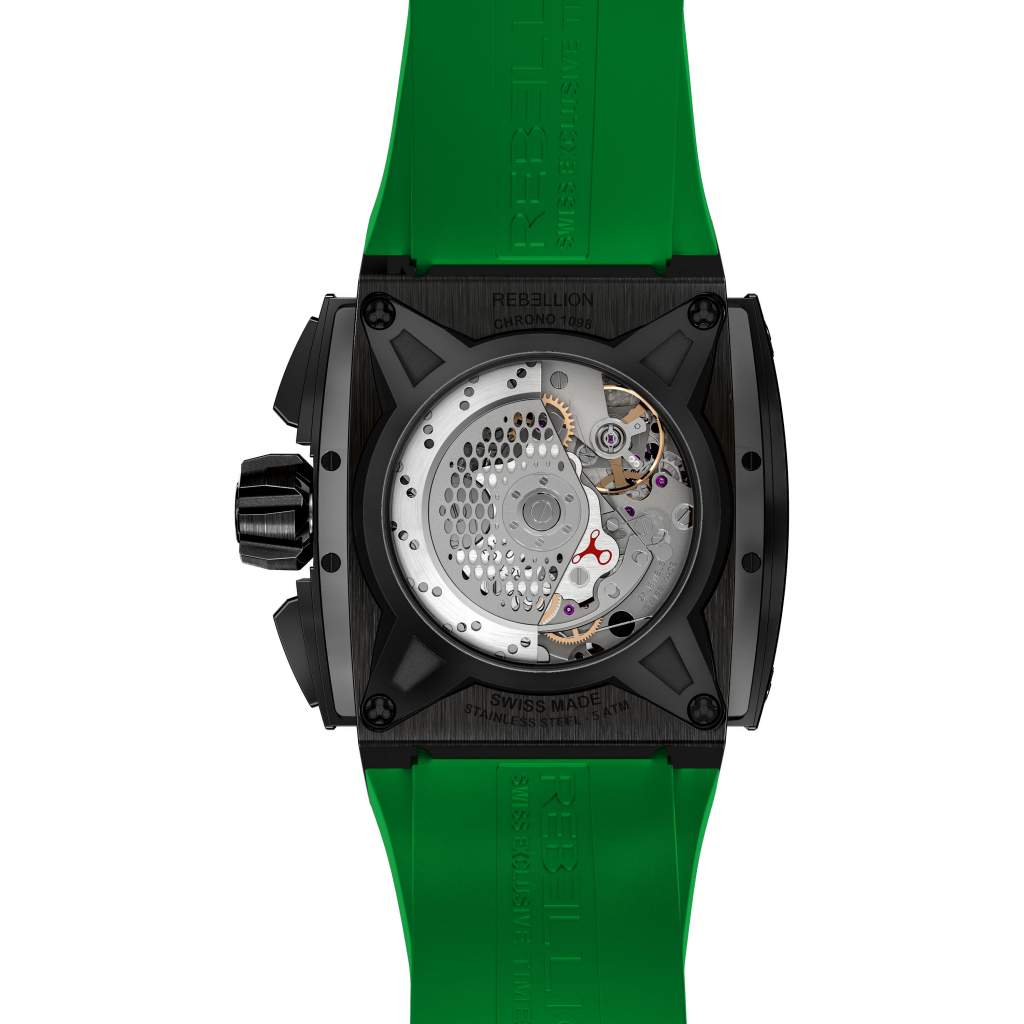 Resolutely masculine, contemporary, and with its elegant (as always) square frame featuring a honeycomb pattern, the new RE-1 2.0 gives way to the most sought-after finishes. A finesse that continuously pushes the codes of luxury beyond their limits.

In 2011, watch designer Eric Giroud challenged himself to redesign the unique case of Rebellion’s monumental RE-1 Chronograph. Seven years later, the brand wants to break free from its ad infinitum virile appearance by subtly revamping its timepiece. Still square, strapping, and masculine, the iconic Rebellion has held on to its soul. Its honeycomb patterned frame hugs the magnificent contours of the base of Swiss-made automatic movement. Proud of this new sporty dial design, Rebellion offers versions of its monumental case featuring a combination of forged and braided carbon, in gold or in titanium. A subtle allusion to the original materials of race car chassis, offering both exceptional lightness and rigidity.