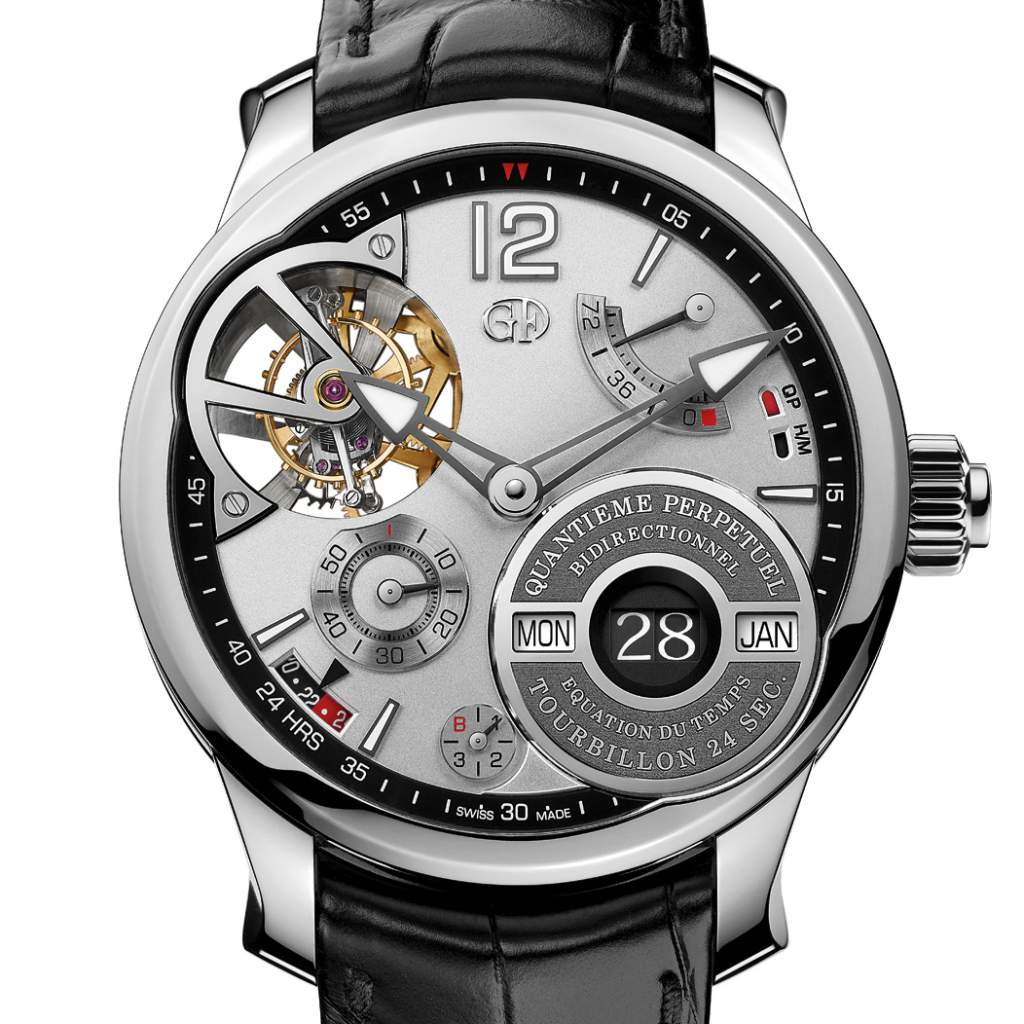 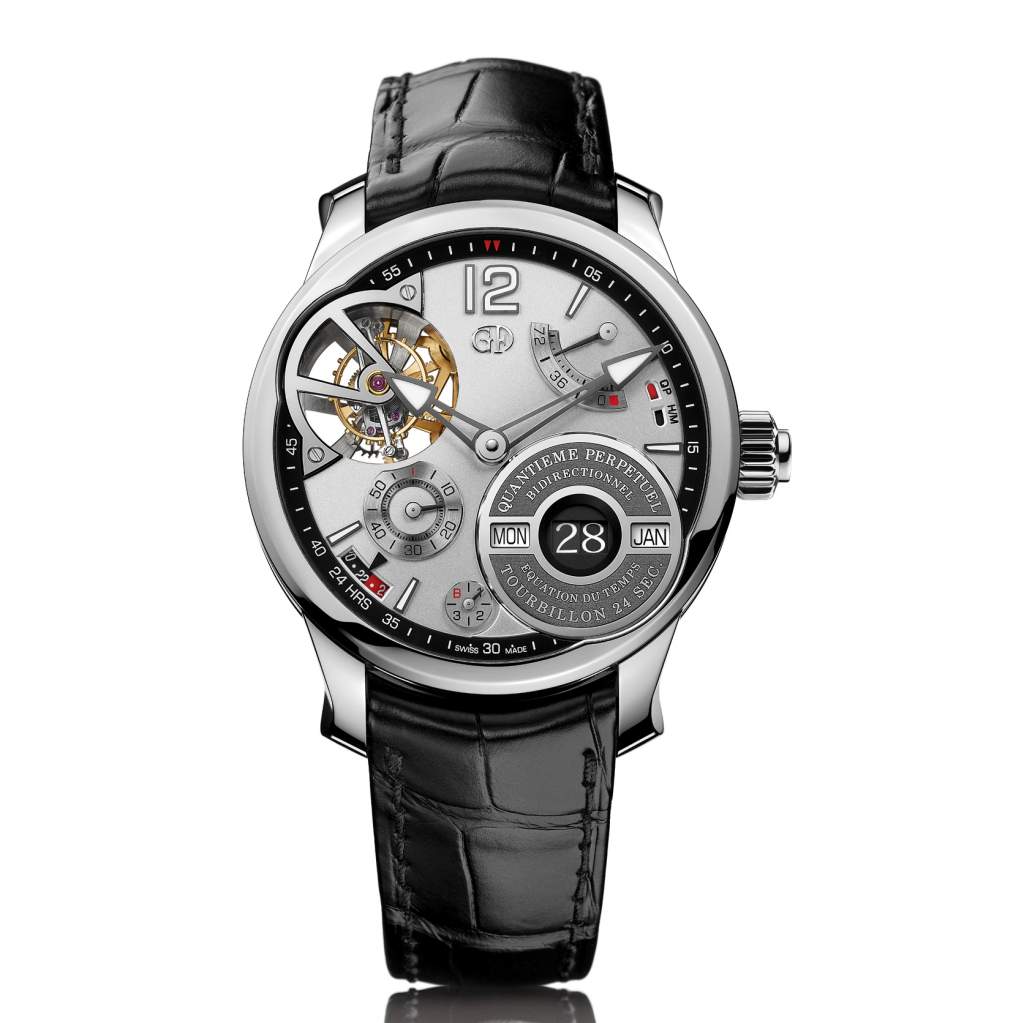 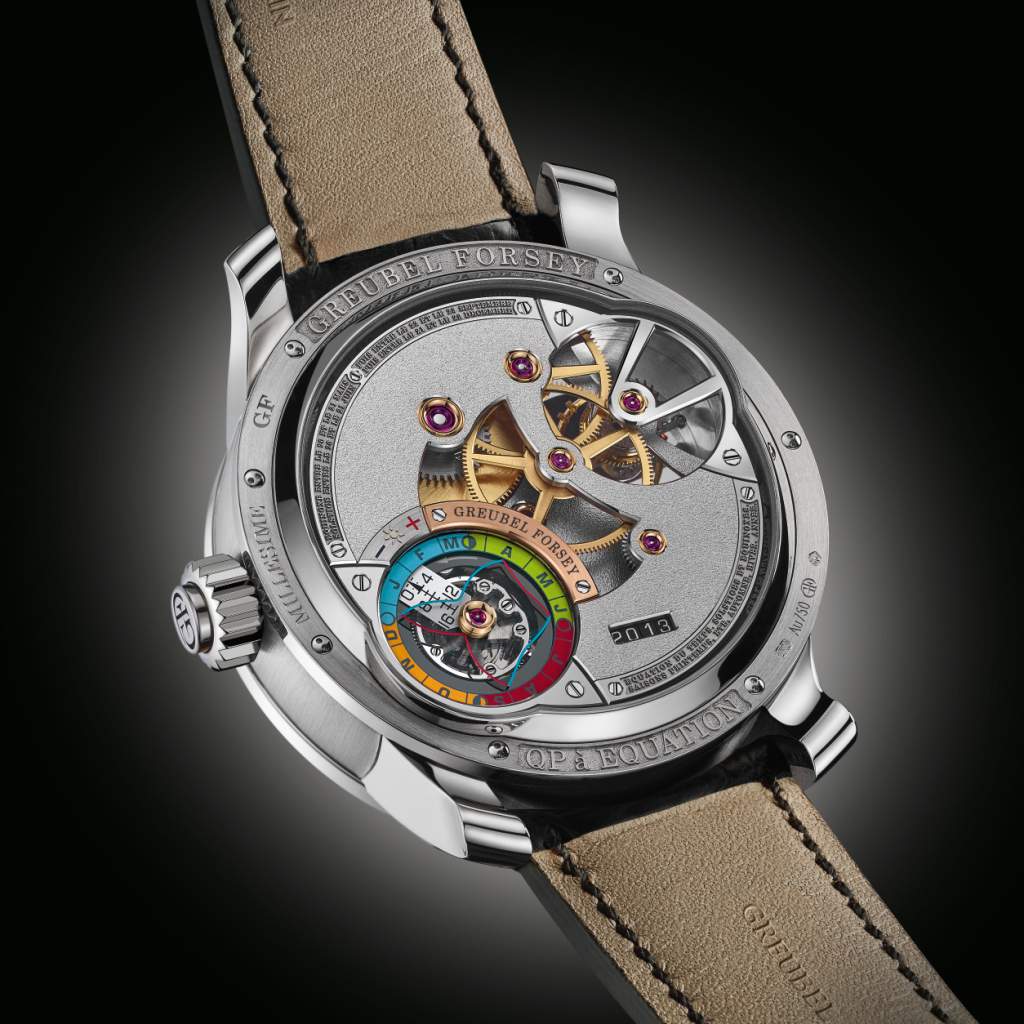 After seven years of research, the assembly of no fewer than 624 parts, three patents, and the combination of two inventions – Greubel Forsey revolutionises one of the oldest watchmaking complications, the perpetual calendar, by incorporating an equation of time. To create this watchmaking complication it was first necessary to develop a Mechanical Computer: this enabled ergonomics and readability of the various functions to be simplified, and for all corrections – including days – to be made rapidly by turning the bi-directional crown.

At the heart of the QP à Équation lies Greubel Forsey’s seventh invention, the Mechanical Computer, an entirely integrated 25-part component that brings a totally new interpretation to some of the calendar functions incorporated in age-old astronomical clocks. It is composed of a set of coding wheels superimposed in a coaxial manner, along with removable fingers programmed by this ingenious system. Depending on their rotation speeds and number of teeth, these wheels provide a variety of information. The Mechanical Computer also directly drives a system of sapphire disks that displays the equation of time, i.e. the difference between the "real" solar time and civil time. Paramount to this was simplifying the way all the indications can be corrected by turning the bi-directional crown. Despite its multiple functions and displays, added to its combination of three patents and two inventions, Greubel Forsey’s QP à Équation Millésimé remains as easy to set as a simple calendar.

The dial of the QP à Équation indicates leap years, the 24 hours of the day and night, the day of the week, the large date, the month, the hours, the minutes and the seconds, as well as the chronometric 72-hour power reserve.

On the movement side, this timepiece displays the equation of time with the months, seasons, solstices and equinoxes, as well as the calendar year.

This new interpretation of the perpetual calendar features the Equation of Time incorporated within it, along with the addition of new functions and displays that aim to optimise readability and pleasure of use. Three apertures lined up in the sub-dial at 3 o’clock give an unequivocal indication of the day, date and month for enhanced visual comfort. The large date boosts readability, making it especially easy to make out the elements of the calendar.

The timekeeping of this timepiece relies on Greubel Forsey’s third invention: the Tourbillon 24 Secondes, which uses a fast rotation speed and inclined angle to solve the problem of critical positions of the oscillator in relation to gravity. A 25° angle and the rapid revolution of the tourbillon cage significantly improve the chronometric performance of a system containing only one tourbillon, especially in stable positions. This new Millésime’s white gold case measures 43.5 mm by 16 mm thick and provides a simplified linear display. Herein lies the happy paradox of this piece: it is an ultra-complicated timepiece with its tourbillon and its complete equation of time perpetual calendar function, but it is as easy to use and adjust as a watch with three hands. This system is extremely easy to adjust in both directions without damaging the mechanism.