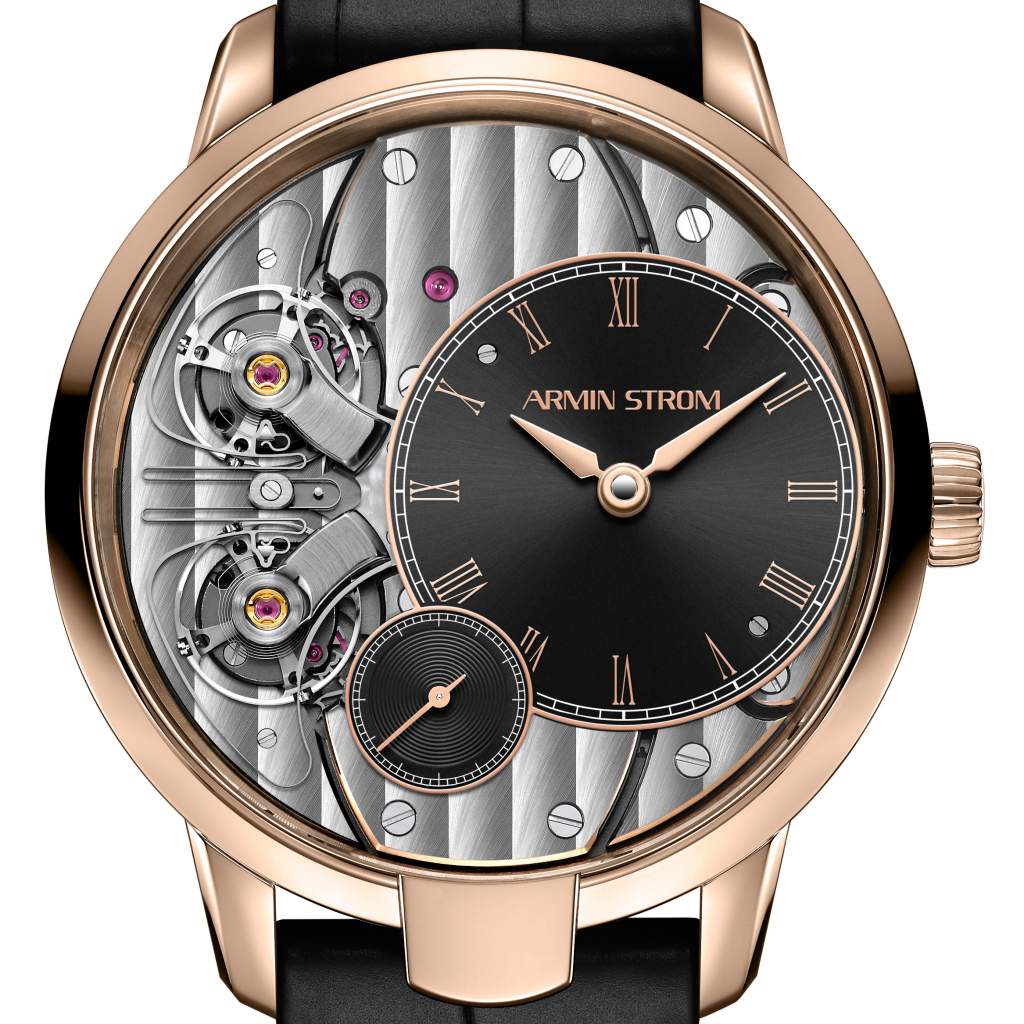 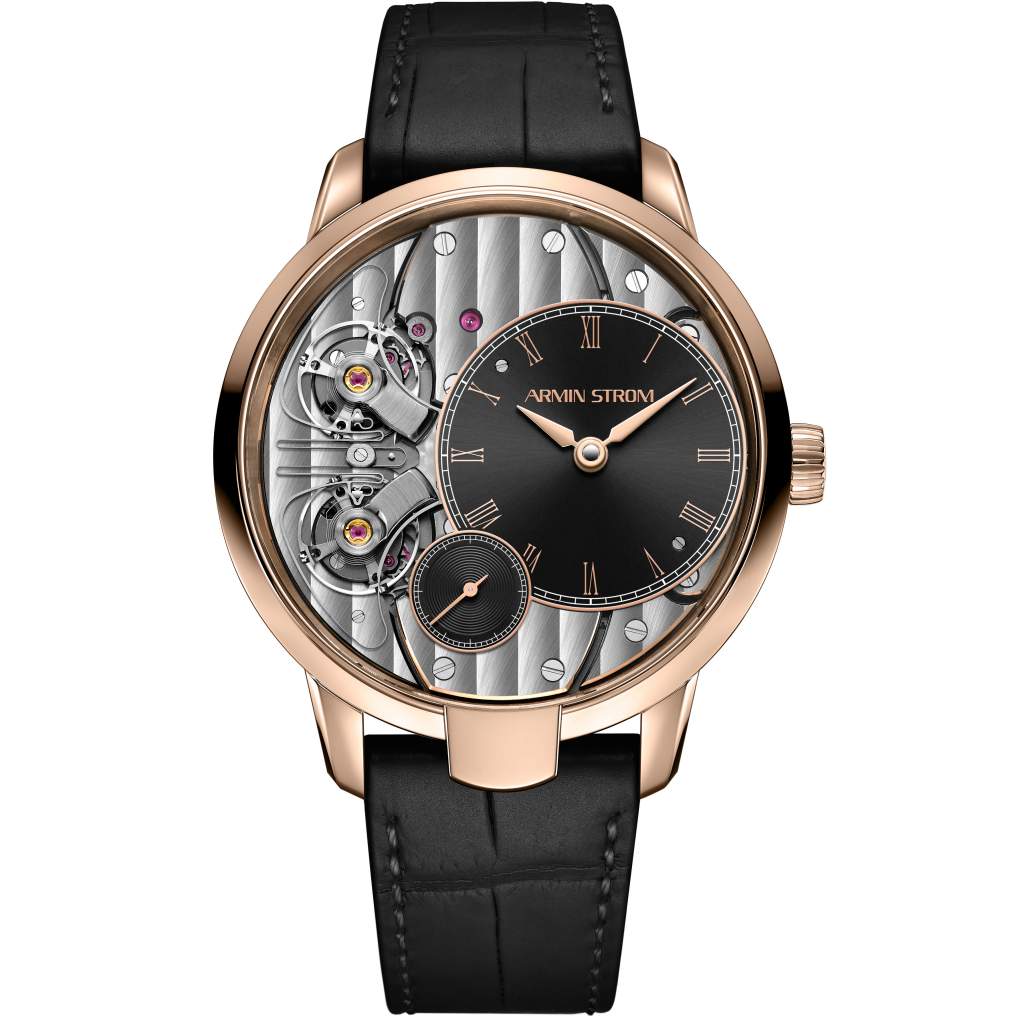 In general, Armin Strom carefully maintains a pared-down approach that keeps the brand’s style of watchmaking focused on its essence. How concentrated that style may be, the latest version of Resonance heads further in that direction, squarely placing emphasis on the watch’s most remarkable feature: the visible dual balances oscillating in resonance.

Technology in Service to Chronometry

The goal of the Pure Resonance has not changed: to display the interesting resonant balances while improving overall precision. To this end, brand director Claude Greisler has removed the twin seconds flyback mechanism of Caliber ARF15, replacing them with one clear-cut subsidiary seconds subdial.

The reason for this watch’s improved chronometry can be found in the straightforward approach to the movement: the fewer functions a timepiece must perform, the better it can concentrate on accuracy. In other words, with no superfluous functions this watch can focus fully on precisely providing the time. The time displays receive their portioned energy from the lower regulator, while the upper regulator remains in place to create resonance.

This conceptual forthrightness is reflected in the design of the movement: state-of-the-art basic Caliber ARF16 showcases the resonant regulators and playful resonance clutch spring. New bridges are decorated with succinct, eye-catching côtes de Genève, applied for the first time at ARMIN STROM in straight lines. “The purpose of redesigning the movement’s architecture was clarity, thereby putting focus on the resonance assembly and accuracy,” says Greisler.

The outward design of this new Pure Resonance perfectly reflects the purity of Caliber ARF16. It is housed in a slimmer 42 mm 18-karat rose gold case (1.4 mm smaller than the original version) with reduced lugs and crown and practically no bezel, though the characteristic lip at 6 o’clock remains – an homage to the ability of ARMIN STROM to customize any of its watches as well as to founder Armin Strom, who offered this space to clients for personal engraving (and it can still be used for that).

The latest version Pure Resonance looks and acts just like a “normal” three-handed watch. And this remains in line with the philosophy of ARMIN STROM as a brand: just good, proprietary mechanics presented in an impeccably finished and interesting way. The “Pure Resonance heralds a new era at ARMIN STROM,” owner Serge Michel promises.