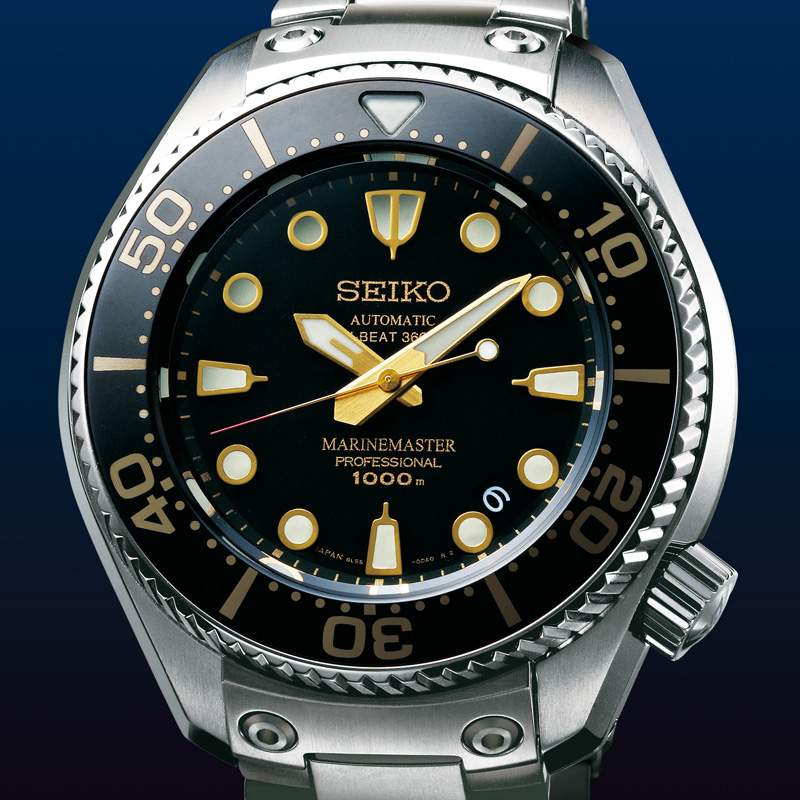 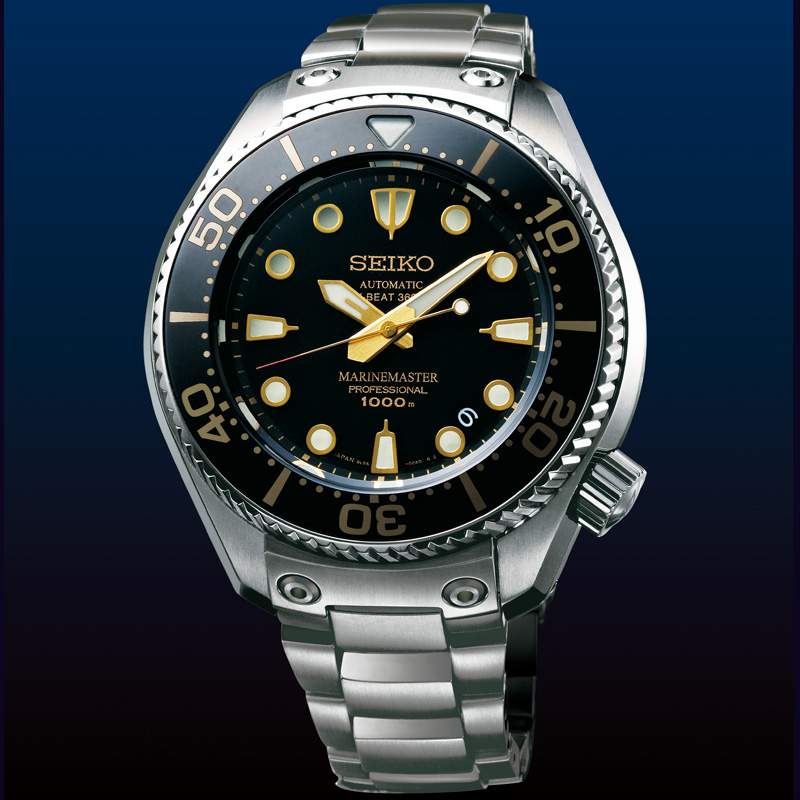 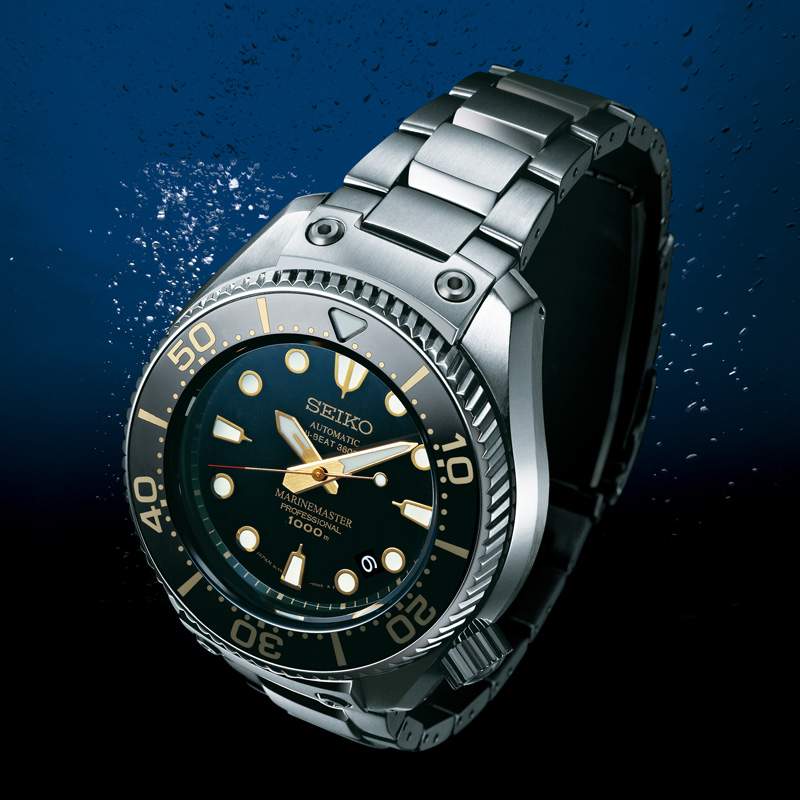 It was in 1965 that Seiko made its first ever diver’s watch. Half a century on, the list of Seiko’s achievements in this most challenging of arenas for watchmakers is long and distinguished. From the first use of a titanium case for a diver’s watch to the invention of the accordion-style strap and the two-layer case to the design of dial markers and hands of unparalleled legibility, Seiko has been a pioneer in the field.

This diver’s watch is a limited edition to celebrate the 50 years of Seiko’s diver’s watch excellence. Its design echoes that of Seiko’s very first hi-beat 36000 diver’s watch in 1968, but its specifications are the most advanced in the field. It has a one-piece titanium case and, thanks to this, the L-shaped gasket and other features, the case is impermeable to helium, there is no need for an escape valve and the watch is suitable for saturation diving. The rotating bezel is securely fixed to the case with four screws next to the 12 and 6 o’clock positions. The hands and hour markers are coated in a new-generation Lumibrite for enhanced legibility.

The newly developed 8L55 movement is specially optimized and adapted for use in a diver’s watch with this structure. This caliber beats at 36,000 vibrations per hour and has a power reserve of 55 hours, thanks to the mainspring made of Seiko’s proprietary alloy, Spron 530. For longer durability and higher antimagnetic resistance, Seiko’s proprietary alloy, Spron 610, is used for the balance spring. The escapement wheel and pallet fork are made using MEMS (Micro Electro Mechanical System) technology and have the high precision, durability and lightness necessary for a hi-beat caliber. The movement is assembled, as is the complete watch, by Seiko’s leading craftsmen and women at the Shizuku-ishi Watch Studio.