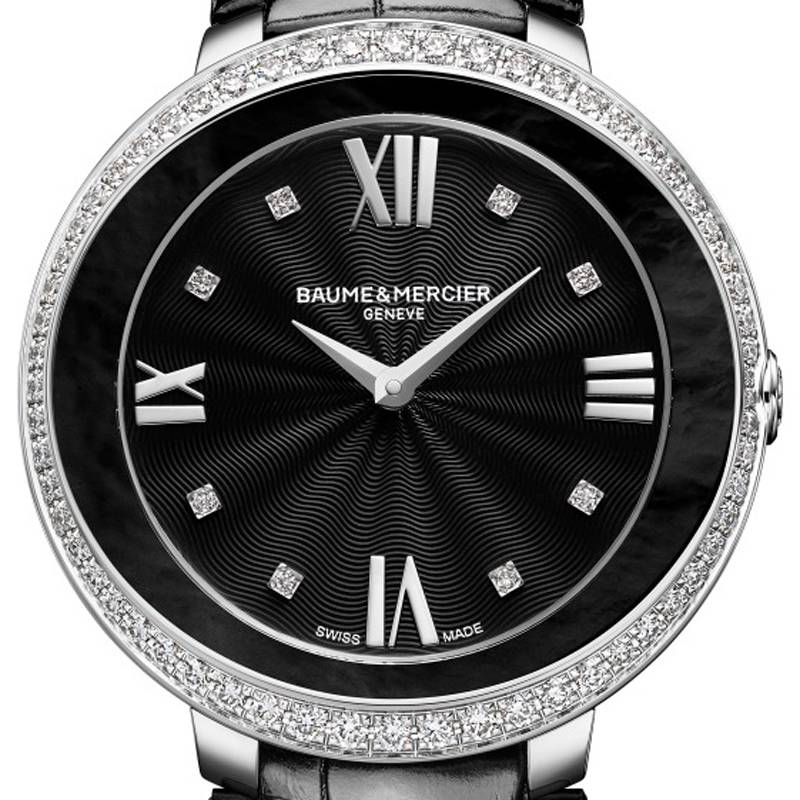 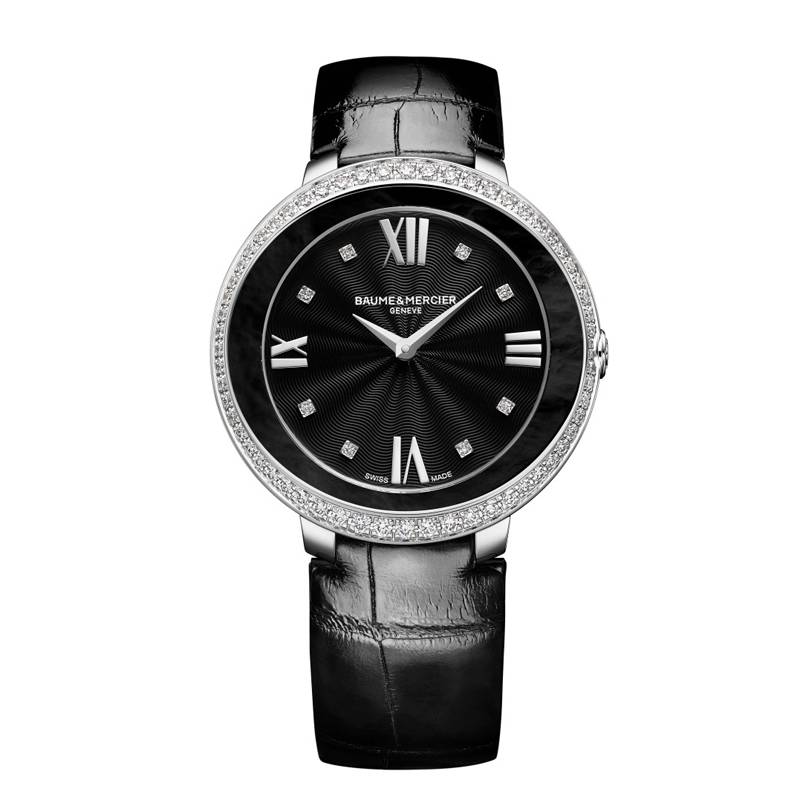 Baume & Mercier, one of the oldest Swiss watch manufactures still in operation, has consistently celebrated women and their unique individuality through its timepiece creations. This is a world where it enjoys unique credibility thanks to its ability to grasp feminine wishes and catch their attention. Through the new Promesse collection, Baume & Mercier intends to provide a refined response to women’s aspirations by bringing them models in tune with the times.

Baume & Mercier's success among women is intrinsically linked to its flair for revealing each of the numerous facets of their personality. This tradition, initiated by Louis-Victor Baume in 1869 with the gold pocket watch gifted to his daughter Mélina, morphed into a true love story when William Baume and Paul Mercier teamed up in 1918 to form Baume & Mercier Genève. From then onwards, they began creating iconic jewelry-watch models epitomizing the Art Deco period. Their wristworn designs and inspired shapes were to make them powerful symbols of female emancipation.

Driven by an unerring source of inspiration, the watchmaking Maison created a variety of models during the "golden fifties" (heyday of the wristwatch), such as the "Marquise" timepieces with their "bangle" bracelets. These designs were to revolutionize the world of women's watches and write some of the most beautiful pages in the history of 20th century watchmaking. During the 1960s, this success encouraged the brand to create beautiful jewelry watches imbued with an elegance and refinement that enabled Baume & Mercier to showcase its expertise in the field of women's timepieces.

Passionate about equilibrium, as embodied in the golden ratio or “divine proportion” symbolized by the Greek letter "phi" – its logo since the 1960s –, Baume & Mercier began exploring the world of design at the dawn of the 1970s. During this period, the visionary House redefined the principles of women’s timepieces and ventured into the uncharted territory of original watchmaking shapes in a burst of creativity.

Jewelry watches and watch jewelry: feminine time interpreted by Baume & Mercier unprecedented inventive heights. The Mimosa and Galaxy models, released from industry stereotypes and vividly embodying this momentum, won first prize at the "Golden Rose" Watchmaking and Jewelry awards in Baden-Baden in 1972, and the Stardust in turn claimed victory in 1973.

This expertise and ability to interpret women's watchmaking expectations established the Baume & Mercier’s legitimacy and its international reputation. More keenly attuned than ever to their needs and wishes, the Maison has now chosen to unveil Promesse, an intensely delicate and timeless collection representing a true ode to femininity.

A design brimming with promise

A classic, precious watch conveying a strong emotional charge, Promesse is the recognizable descendant of a 1970s model from the Baume & Mercier museum collection. It offers today’s women an opportunity to discover how the originality of its timeless lines embody a cherished Baume & Mercier tradition. Decidedly different due to its unconventional shapes, Promesse features a design with a gentle aesthetic tempo, playing with an oval bezel nestled inside a soft, round case.

A promise to seal precious moments

Above and beyond the collection name chosen to express the wishes of Baume & Mercier in its creative process, Promesse embodies an unwavering aspiration, weaving strong and precious ties that are an invitation to celebrate and cultivate mutual feelings.

By expressing her personality through Promesse, the woman who has chosen or received it as a gift celebrates in her own way the cherished values of the Maison: elegance born of harmony, self-fulfillment and sharing.  Promesse watches are for modern, independent women, attached to a certain idea of refinement. This new collection resonates like a commitment and emerges as a link between the self and the universe around us.

Like the promises that are now sealed in public spaces around the world with small padlocks, the new Baume & Mercier creation embraces the wrist, itself becoming an unbreakable bond. By its subtle presence, the Promesse collection upholds the wish of the watchmaking Maison to keep beautiful memories as intensely vibrant as on the day they recall – be it a wedding, a birth, an anniversary or simply an unforgettable moment...

Dressed in black for a jewelry watch combining elegance and sophistication, this Promesse model in a 34 mm-diameter steel case is lit up by the fire of 61 sparkling diamonds.  The oval bezel, enhanced by the deep reflections of genuine black mother-of-pearl, lends a subtle, delicate dimension to the piece.  This iconic watch from the Promesse collection, featuring a black dial with a “drapé guilloché” decor punctuated by Roman numerals and diamond-set indexes, is worn on an imposing glossy black alligator strap secured by a traditional pin buckle.