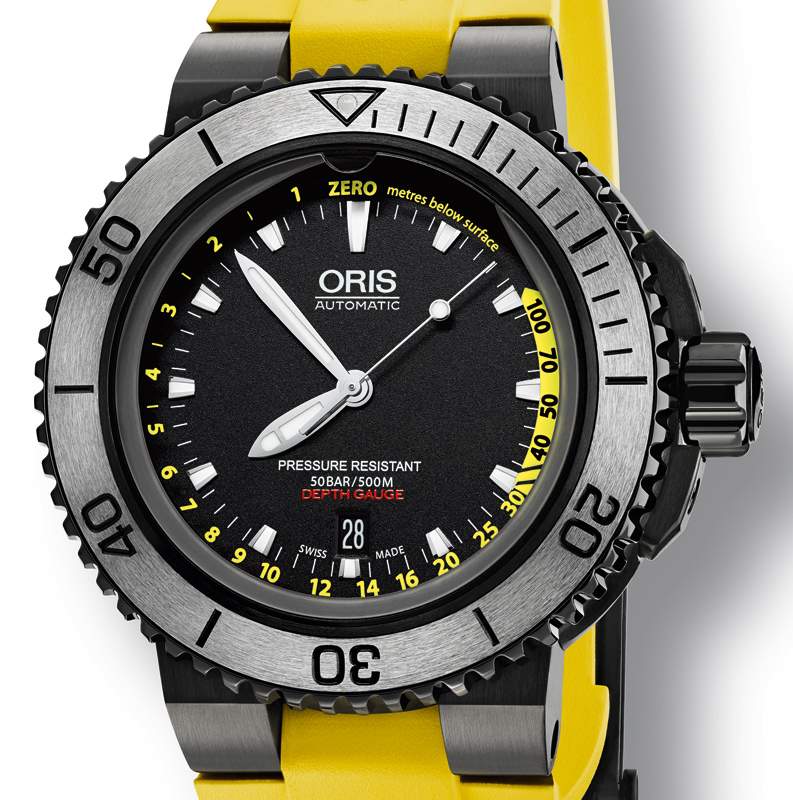 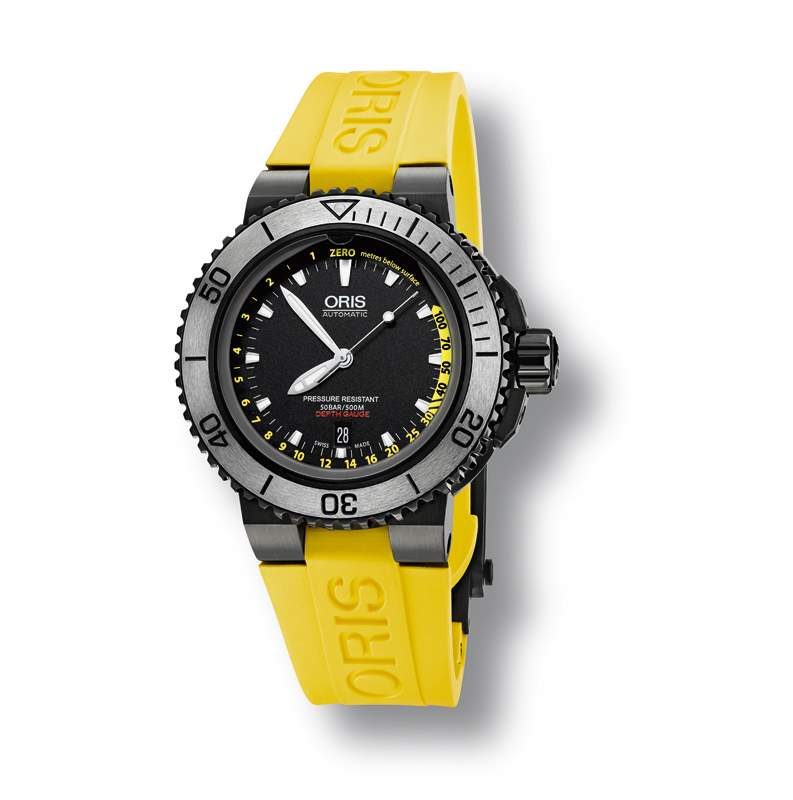 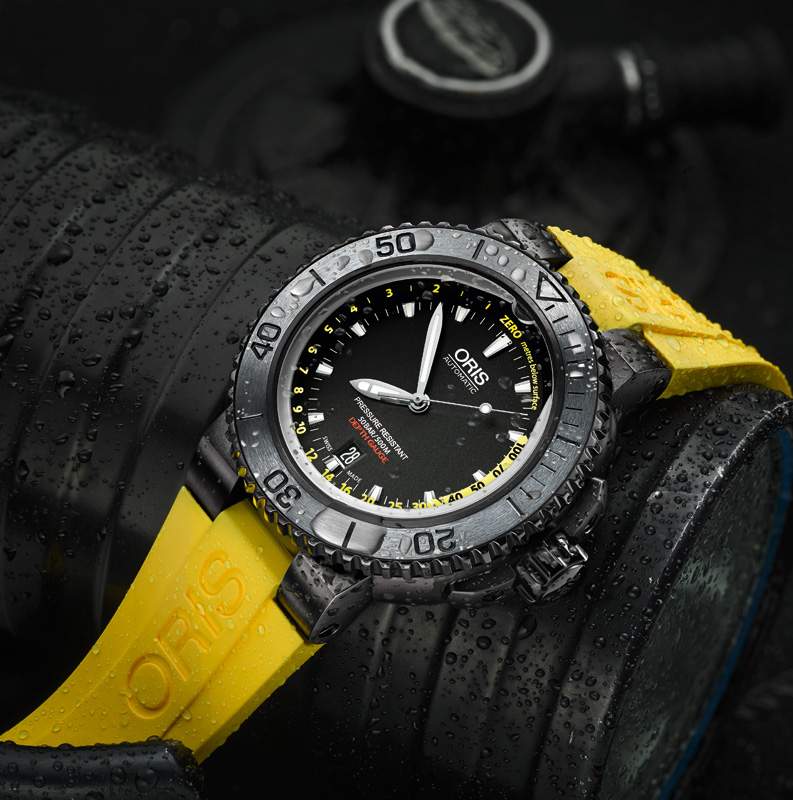 Back into the Deep

The Oris Aquis Depth Gauge was hailed by the international press as one of the most innovative diving watches of the century when it was launched in 2013. It answered the challenge of how to build a depth gauge into a mechanical watch. It had a pioneering depth gauge function, developed and patented by Oris.

In keeping with the company’s 110-year heritage, Oris's solution to producing a mechanical watch with a depth gauge was pragmatic, with an inlet in the crystal at 12 o’clock. Beneath that was a channel milled into the outside edge of the crystal covering the dial. The inlet allowed water into the channel, creating a watermark that corresponded to yellow depth gauge indications marked on the crystal, giving the diver a clear readout to a depth of 100 metres. Gaskets between the crystal and the case meant the watch was still water-resistant to 50 bar (500 metres).

The genius behind the function was in the application of Boyle- Mariotte’s Law, which states that ‘pressure x volume = constant’. In the case of the Aquis Depth Gauge, this means that as a diver wearing the watch descends into the deep, pressure builds, compressing the volume of air in the channel and allowing water to enter the watch through the inlet.

This lateral, Oris-patented solution appeared surprisingly simple to some observers, but it’s typical of the Oris philosophy – to find a way of creating the best possible watch at the best possible price. The Oris Aquis Depth Gauge is a ‘real watch for a real person’, as the company strapline promises.

Now Oris has added a second version of the famous diver’s watch to its line-up. The new watch has a yellow rubber strap that features two additional ground-breaking Oris innovations – the safety anchor that prevents the strap from breaking loose, even after a heavy impact; and the sliding sledge clasp, which enables the wearer to adjust the size of the strap without undoing the clasp.

The watch’s 46mm steel case has a resilient, sporty black DLC finish, and the unidirectional rotating bezel inlay is made of tungsten, a material as hard as emerald. Oris’s automatic Calibre 733, based on Sellita SW 200-1, beats inside the watch, powering a date window at 6 o’clock and a power reserve of 38 hours.

The Oris Aquis Depth Gauge will be available from early May 2015 and is priced CHF 3,250.