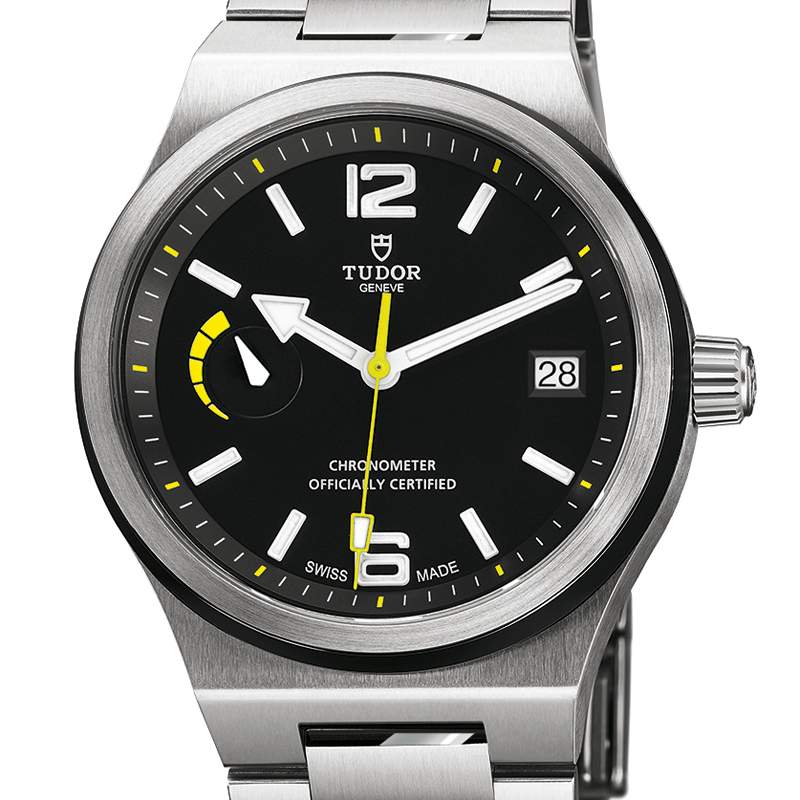 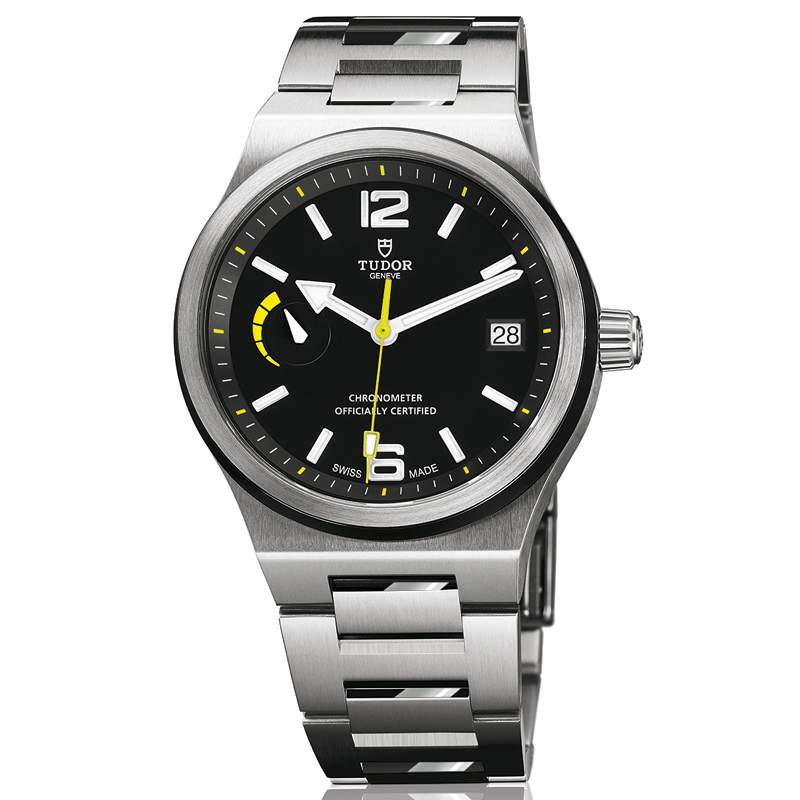 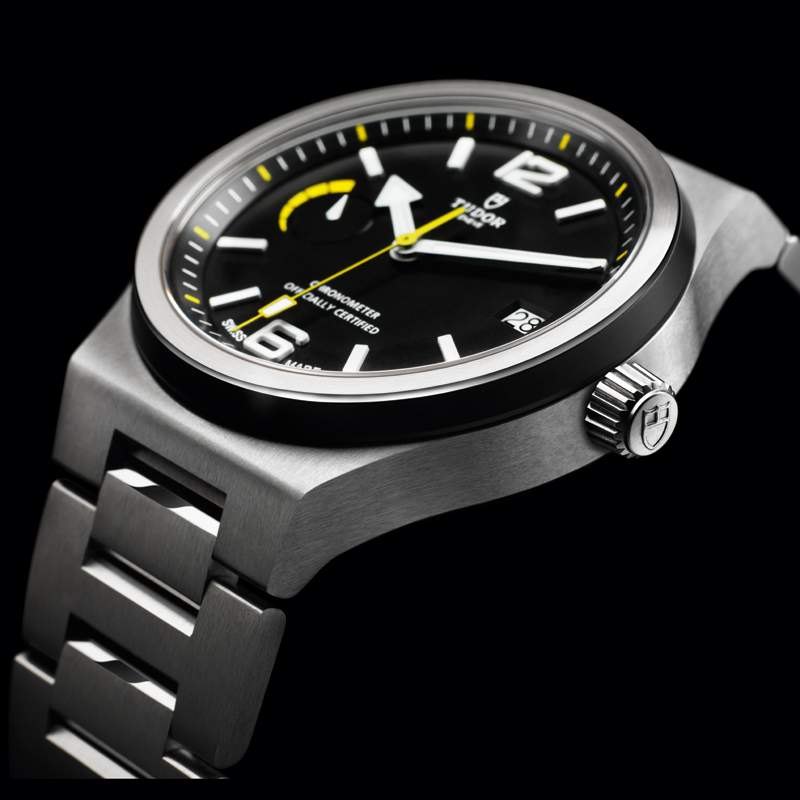 The soul of the TUDOR North Flag belongs to the coldest and most remote extremities of the planet, visited by expeditions and studied by universities but never inhabited by man. A finely honed “scientific” instrument of unprecedented technical content – TUDOR’s first Manufacture movement – it is the modern adventurer’s solid companion, beginning a new era in the brand’s rich history.

In 2015, North Flag and Pelagos become the first TUDOR models to be fitted with movements developed and produced by the brand itself. A logical evolution of TUDOR’s development process, this introduction represents the first stage in a major industrial strategy aiming to provide greater independence to the brand founded by Hans Wilsdorf in 1926.

A TRADITION OF QUALITY AND PERFORMANCE

By tradition, TUDOR’s watchmaking culture places the quality of its products and the experience of their wearers at centre stage. Historically, the movements used by the brand, sourced exclusively from Swiss suppliers, have always been required to achieve a high level of reliability and precision. The remit for the development of the new TUDOR movements retains these high standards, requiring an unprecedented level of performance for the brand’s products.

The new calibre, TUDOR MT5621, powering the North Flag model, provides impressive autonomy. Its power reserve of approximately 70 hours means that its wearer can, for example, take off the watch on Friday evening and put it on again on Monday morning without having to wind it. In addition to the hour, minute and central second functions, it provides an instant date display visible through an aperture positioned at 3 o’clock, as well as a power reserve indicator in the form of a disc at 9 o’clock. Beating to a frequency of 28,800 beats/hour or 4 Hz, the calibre TUDOR MT5621 is regulated by a variable inertia oscillator with silicon balance spring spring, held in place by a traversing bridge fixed at both sides to improve resistance to shocks and vibrations. Its self-winding system is bidirectional and, a first for a TUDOR product, it is certified by the Swiss Official Chronometer Testing Institute (COSC).

AN INSTRUMENT WITH A “SCIENTIFIC” DESIGN

In the early 1950s, the members of the British North Greenland Expedition wore TUDOR Oyster Prince watches on their wrists while carrying out a series of experiments in the most hostile conditions imaginable on Earth. In this context, their watches, like the rest of their scientific equipment, took on the dimension of a scientific instrument whose reliability was crucial to life on-site. It was in this spirit of scientific instrumentation that the hybrid steel-ceramic external parts of the TUDOR North Flag were created by the TUDOR Style Workshop in order to express on the outside the high level of technology and reliability of its movement. This begins with the choice of a case with integrated bracelet, a type of construction with a sophisticated overtone and a highly qualitative feel that requires particularly delicate modelling work in order to attain optimum ergonomics and ideal fluidity of lines.

Angular, finely honed and entirely satin-finished for a matt effect, the middle case of the TUDOR North Flag creates a highly technical, “scientific” perception, softened by delicate refinements typical of the high level of attention to detail that the brand injects into its products. For example, a very light curvature of its upper face allows the light to roll without a hard reflection point while the angle between its sides and lower face is cut by a polished bevel, adding to the overall delicacy of the model. The winding crown follows the same logic; prominent to ensure good ergonomics, it is lightened by its conical form. The bezel, with its circular satin finishes, is composed of two elements that complement one another and fit perfectly together. Matt ceramic, visible on the side, and brushed steel on the upper face, integrate to strengthen the general technical feel conveyed by this model. Finally, the case back is open on to the movement, visible through a sapphire crystal, an unprecedented detail for TUDOR and one which reveals it in sharp focus under the light of the crystal.

In a continuation of its external parts, the TUDOR MT5621 movement also presents matt finishes, emphasising its precision, reliability and high level of technology through large surfaces that have been sand-blasted, embellished with details or sunray-brushed, and an open worked central rotor. Two versions of integrated bracelets complete the TUDOR North Flag model in the same spirit. The first option takes the form of a solid steel bracelet, satin-finished with polished inter-link surfaces. The second is a matt black leather strap, structured with yellow top-stitching and lining. Both are fitted with the TUDOR folding clasp in a polished and satin- finished version.

The TUDOR collection was developed according to two main cornerstones, heritage and technology. The watches it encompasses present a subtle alchemy of references to the brand’s history and modernity, masterfully measured according to the cornerstone to which they belong. In this spirit, and always with an experimental dimension in terms of materials and innovation, the technological cornerstone that forms the sporty lines of North Flag, Pelagos, Fastrider and Grantour presents a shared aesthetic language, the most representative feature of which is the entirely matt finish. Brushed middle cases, sandblasted details, matt colours: this choice provides a reading of the object through contrasting volumes rather than through plays of light. This is the language of plastic as opposed to a decorative approach, whose desired effect is the reinforcement of the functional and technological feel.