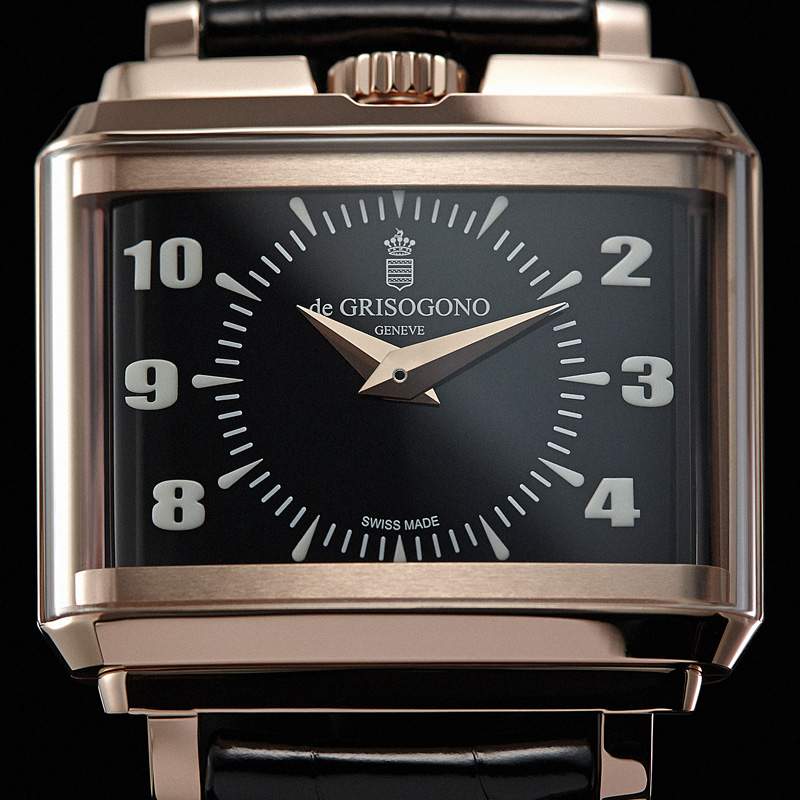 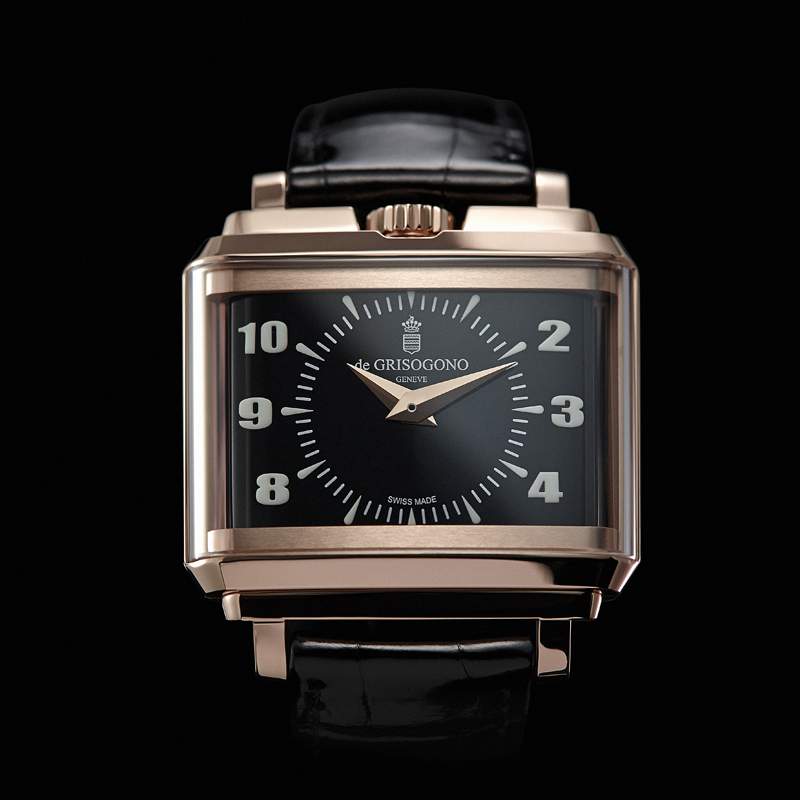 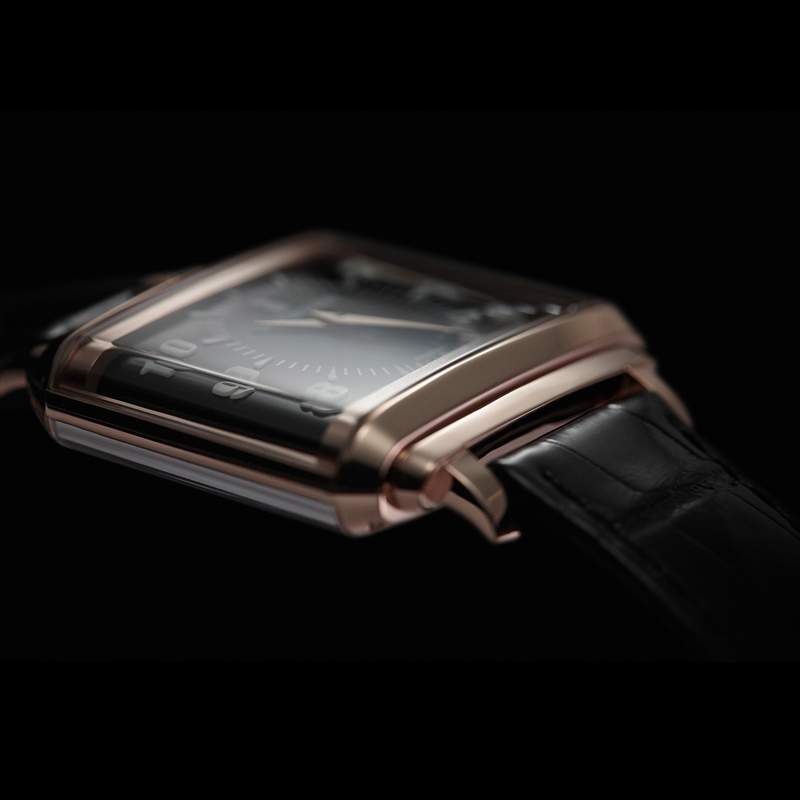 THE SARTORIAL ELEGANCE OF A MODERN-DAY DANDY.

de GrisoGono presents a new icon embodying its vision of the New Shapes of Time and the New Shapes
of Style. An original means of displaying time.

When real men wear a real watch, when modern men wear a sleek, elegant watch, they have a New Retro on their wrist.

Fawaz Gruosi has given birth to a dream, the kind of dream that men treasure their entire lives, a dream that must be totally unforgettable and totally perfect. Famed for visualising his creations all the way through to the smallest details that further accentuate their luxurious, timeless nature, he had to wait seven years to turn his dream into a perfect reality. Consistently ahead of his time, this aesthete and visionary knows how to honour the past while creating the future. Going far beyond merely transposing a vintage style by giving it a modern touch, Fawaz Gruosi has — as always — followed his instinct and his vision.

De GRisoGoNo once again demonstrates its skill at transposing the aesthetic principles and timeless elegance of the past into the present. A simple design, made for modern-day individuals of taste and infused with a sense of broad panoramas evoking the chic style of the Fifties.

This collection is entirely rooted in the idea that the whole concept of wearing a watch is similar to wearing a chic and timeless bespoke outfit. This also explains why it took me so long to achieve perfection in the shape, style and proportions of this watch. A piece that subtly combines vintage delights with modern touches. The New Retro encapsulates values relating both to vision and tradition. I wanted the New Retro to be unforgettable, for it to exude a feeling of elegance and the wealth of the past, as well as expressing a taste for things that are beautiful in their own right, things that are never lacking in style.
Fawaz Gruosi

an air  of victory

The clear, simple lines of its large, rectangular case – 12 mm thick, 50 mm wide and 44 mm long – are balanced with gently sensuous rounded angles. A minimalist, uncompromising design that soberly expresses time in a two-handed model. A watch with zero horological complications. A watch revealed through unexpected details. A black-lacquered gold crown, positioned at 12 o’clock, on which the de GRisoGoNo coat of arms appears in shades of gold. An easily readable dial, adorned with a round counter and Arabic numerals in a new font developed by de GRisoGoNo. Cut-outs at 3 and 9 o’clock create a transparent effect and the impression that both the dial and the movement are suspended in a glass cage. The two curved sapphire crystals are identical and subtly connected by a thin gold band. This was a veritable construction challenge overcome by de GRisoGoNo. Meticulously crafted right the way down to the finest details, this watch representing the ultimate in elegant timepieces is infinitely soft to the touch and radiates an extremely sensual smooth appearance.

With this creation, de Grisogono succeeds in “squaring the circle” by revealing a new watch that bears within it all the wisdom of the passing of time, and which provides its own way of wearing time and history on the wrist.

The refined aura of the New Retro imbues it with a strong feeling of kinship with the Fifties look, the ultimate expression of sartorial elegance and a style akin to that of the modern-day dandy.

Meanwhile, the colour palette expresses classical dress sense through an off-white dial with creamy undertones and a deep house- signature black tone. The most iconic version features an original and daring colour scheme in the form of subtly graded shades of green that convey the impression of a dial that has survived the passage of time. This unique hue strikes a powerful contrast with the super-LumiNova® markers featuring rich colour combinations that infuse the blue with a shimmering iridescence. These nuances are strongly reminiscent of Zellige, the famous enamel-covered terra cotta mosaic- patterned tilework from the Mediterranean and Middle Eastern regions so dear to the creator of this watch. The result is a vintage-effect dial evoking the inimitable patina of time and giving the piece its strong, uncontrived character. in order to achieve the accuracy of colour and the depth of nuance sought by its designer, the dial features a matt, sand-blasted finish. Its retro look is accentuated by the fact that it is reminiscent of the dials on old alarm clocks – made of light-coloured wallpaper with contrasting hour-markers that are extremely pronounced and readable – discoloured by time. A dial which also bears the chiaroscuro effect that is cherished by de GrisoGono.