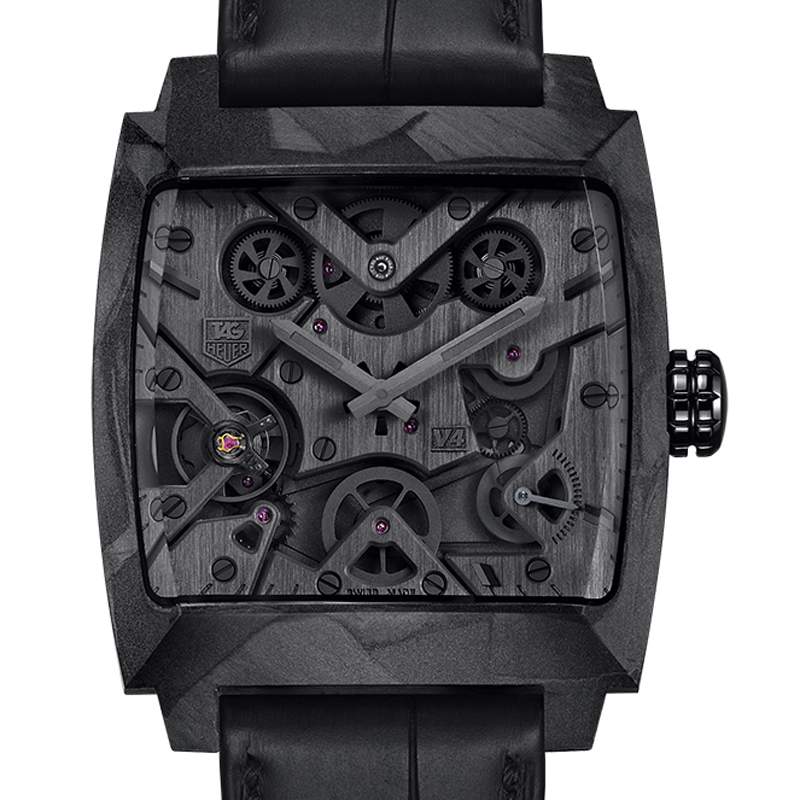 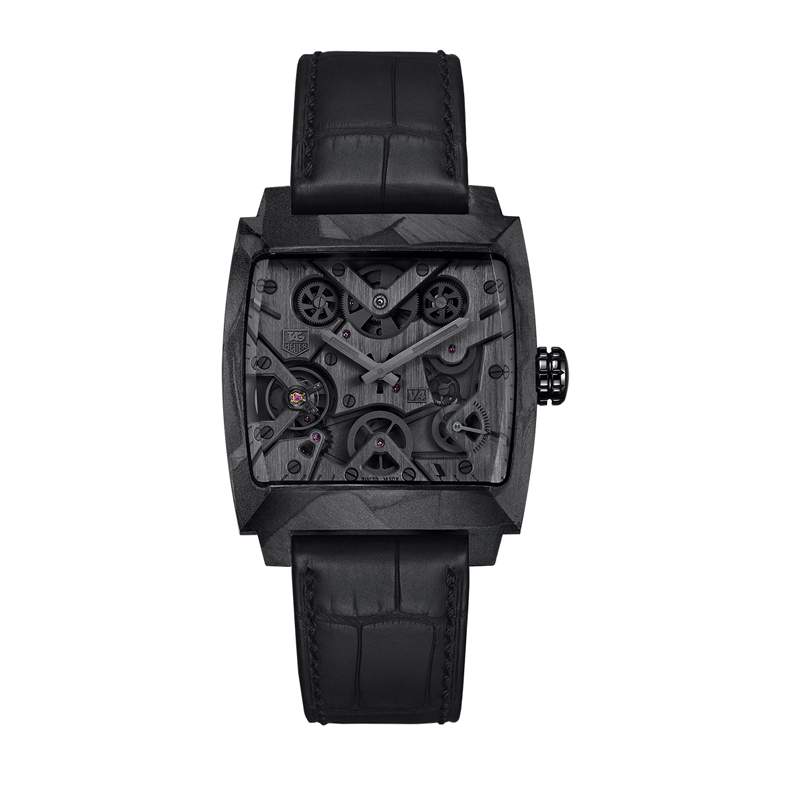 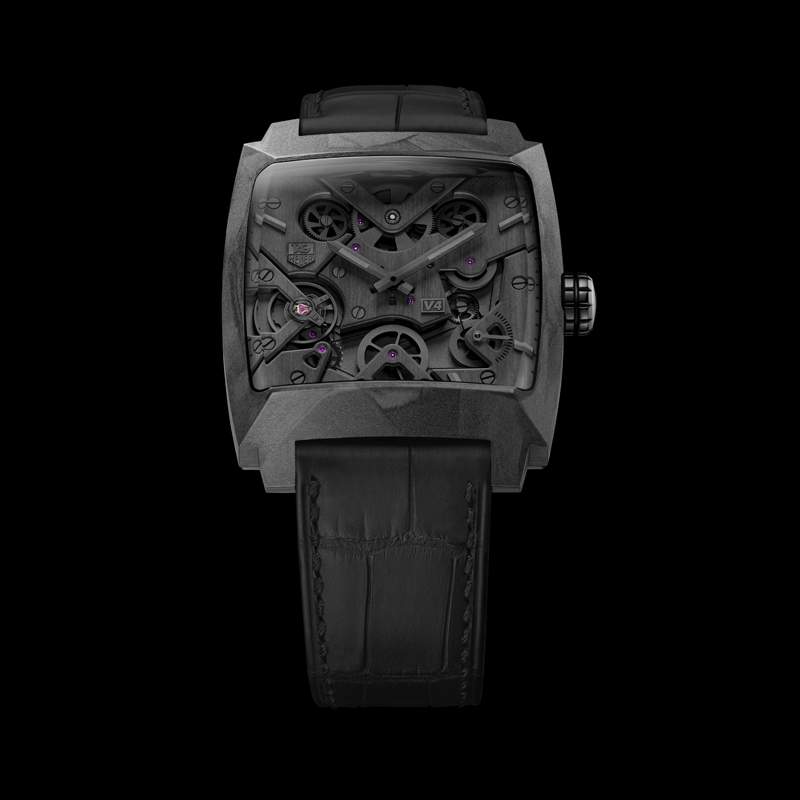 ... The monaco v4 phantom challenges the limits of traditional
Watchmaking with a «full black» piece which external part are in carbon matrix composite

The revolutionary monaco v4 presented in a « phantom » look

In 2004, tag heuer changed the course of watchmaking by unveiling the monaco v4 concept watch. The name v4 refers to the v-shaped main plate which carries the four barrels mounted in two adjacent pairs on ball bearings. Angled at +/-13°, reminiscent of the cylinders in a formula 1 engine. With its belt transmission and linear weight, which moves on a straight rail (patented) rather than the usual rotational movement, the monaco v4 turns the fundamental principles of horological mechanics on their head, housed in the square case of the monaco.

In 2015, with 11 years of experience in the production of microscopic toothed micro-Belt transmission (the size of a hair, no wider than 0.07 mm), tag heuer goes a step further by presenting the monaco v4 phantom. Totally black and matt, its case but also the 7 bridges of its famous movement are made out of carbon matrix composite (cmc).

The cmc is produced with a technic in "directed carbon", which means that the carbon fibres are placed in a certain direction in the mould, then micro-blasted, giving them a regular and particularly elegant "matt black vertical brushed" appearance. The entire dial is composed of shades of dark grey and black to provide a more modern version, ultra light and more chock resistant with sharp design is particularly unusual for a grand complication watch.

1/ Transmission belts:
The design and engineering of which remain one of the best-kept secrets in watchmaking and create a very efficient shock absorbing system.

2/ Automatic linear rewinding system :
The mass is guided by a linear railroad instead of a traditional rotating system.