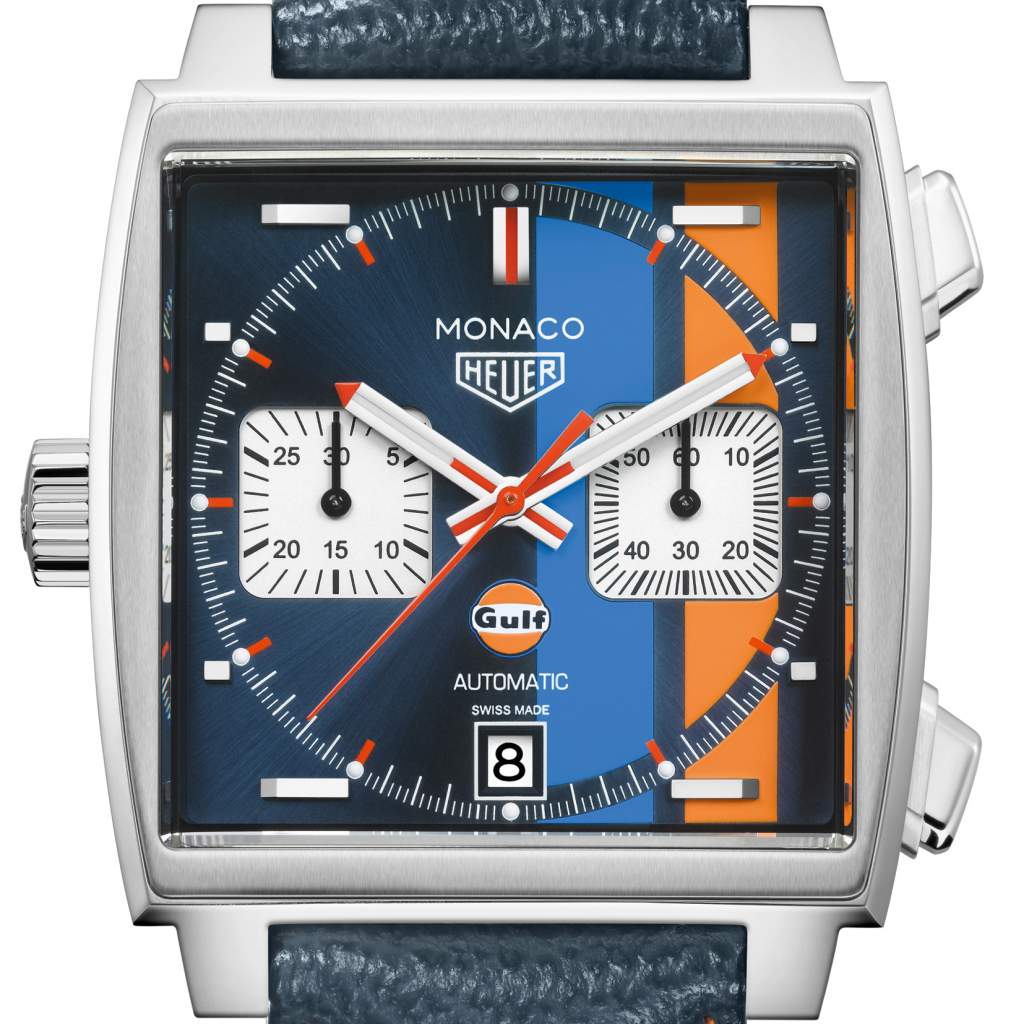 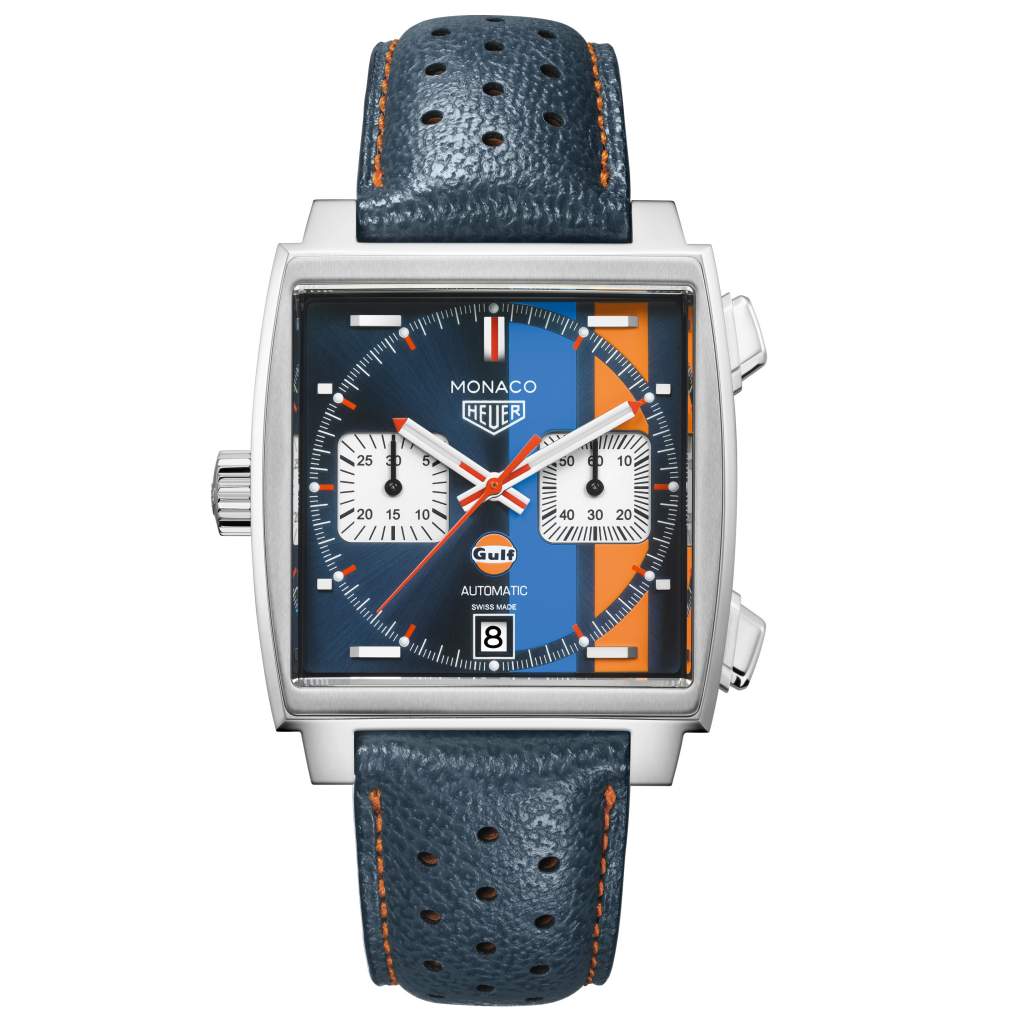 Launched simultaneously in Geneva and New York on 3rd March 1969, the Heuer Monaco was the first square and water-resistant automatic chronograph in the history of Swiss watchmaking. The watch was a break with the aesthetic codes of traditional watchmaking. The large square case with straight angles, the metallic blue dial, the domed plexiglas crystal and especially the crown positioned on the left, signifying that the watch was wound automatically. Just as innovative at the time, its technology offered perfect water resistance - a first for a square watch.

However, the origins of the revolution lay inside the watch: The famous Calibre 11 that was the first automatic chronograph movement to be commercialised in the history of watchmaking. Immediately recognisable and often copied, the "McQueen Monaco" has become a much-coveted watch at auctions and in collections. As a matter of fact, the watch shared the spotlight with Steve McQueen, who insisted on wearing it throughout filming of the film "Le Mans" in 1971 when he drove the famous Gulf-Porsche 917K.

Of course, the colours of this iconic brand are referenced in the design of the Monaco Calibre 11 Gulf special edition. The 39 mm size, the crown on the left, the legendary petroleum blue dial with two white counters, the date window at 6 o'clock, the diamond-polished horizontal hour indices, the inscribed vintage Heuer logo, the calibre 11 automatic chronograph with date and water-resistance to 100 metres - all the attributes of the Monaco. As a reminder of its origins and sporting pedigree, a light blue and an orange stripe of Gulf’s renowned racing colours have been added to the dial. The Gulf logo also appears at 6 o'clock.

Note the steel case in three parts (since 1998), which is secured with four screws, the rectangular shape of the two push-buttons at 2 and 4 o'clock, the slightly slimmer lugs, the sapphire crystal (since 2009) and the open case-back, through which the calibre's gears can be seen. The piece is completed by an exquisite petroleum blue leather strap with orange topstitching, for an elegant look and another nod to the Gulf logo.

A beautiful interpretation that respects the iconic automotive heritage of the Manufacture based in La-Chaux-de-Fonds and which will feature in the dreams of all automotive racing purists.