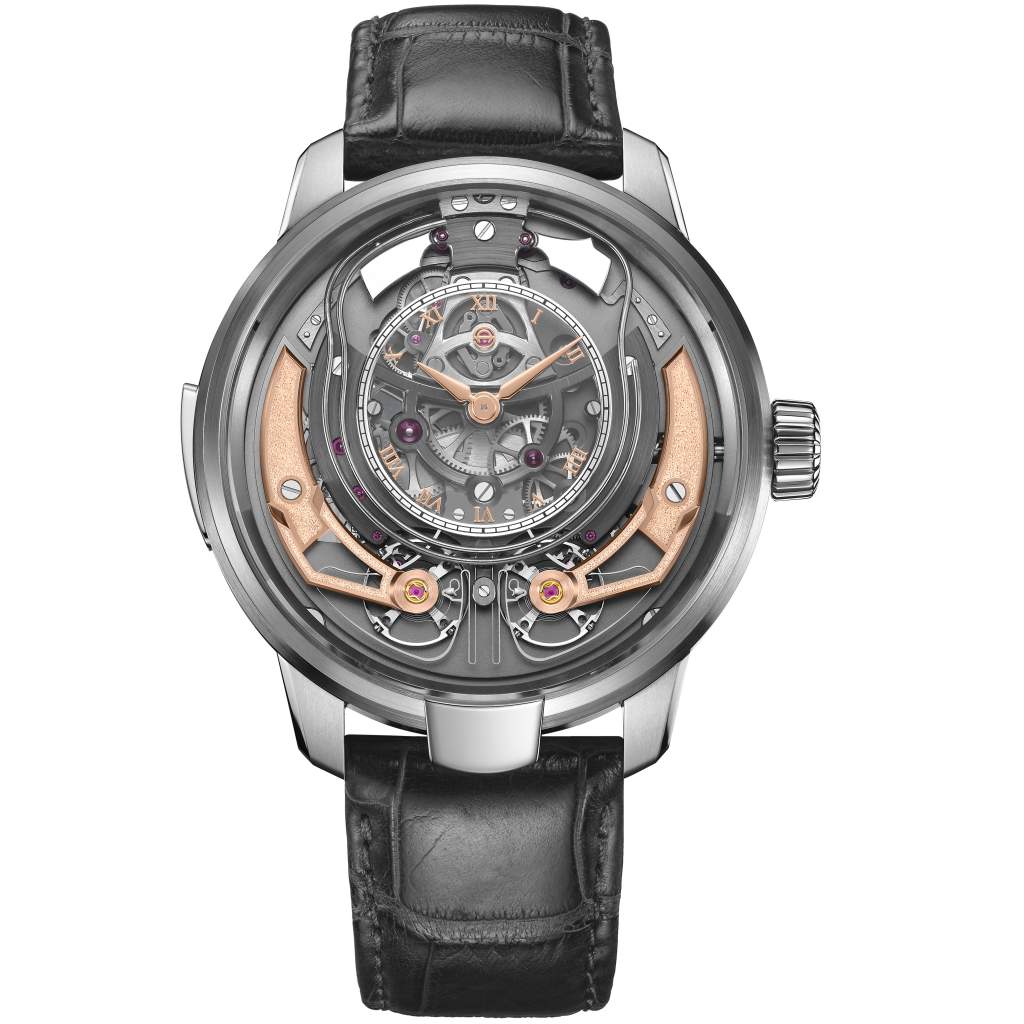 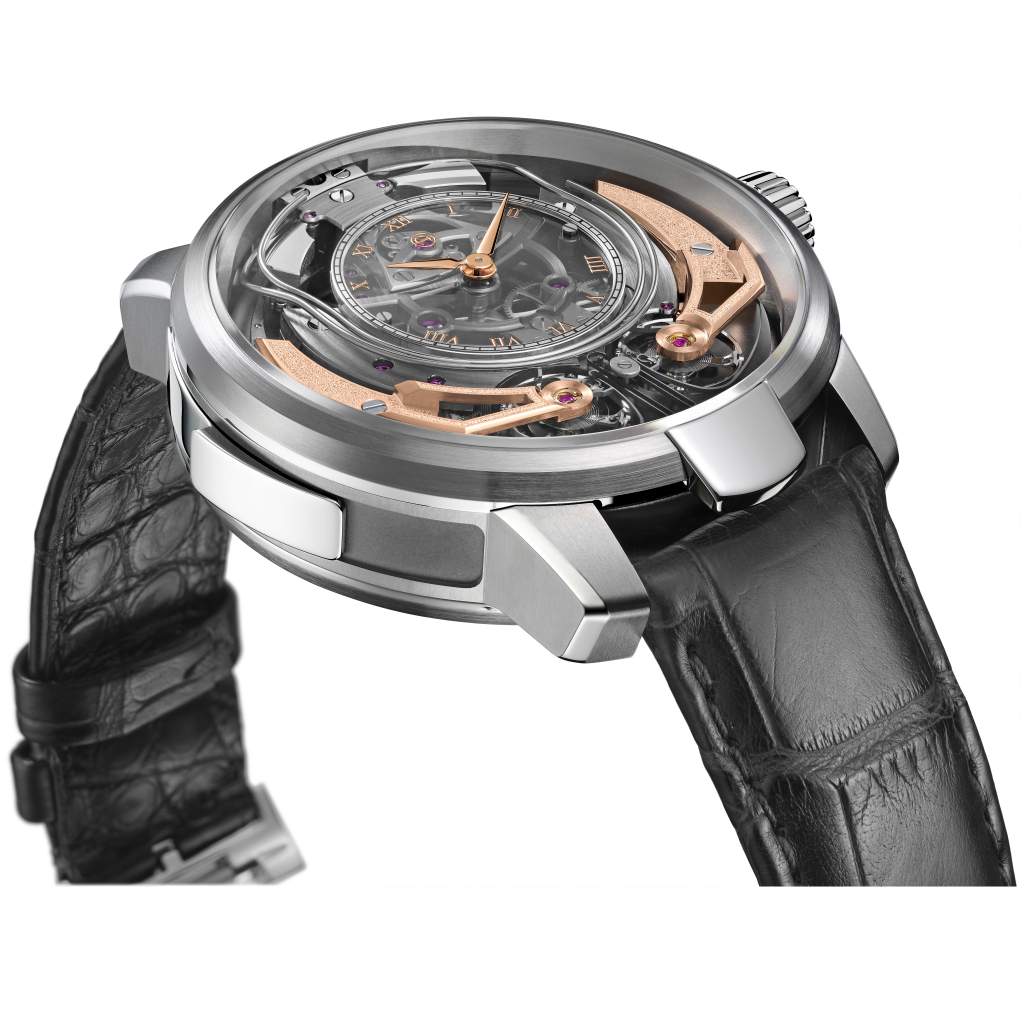 The Minute Repeater Resonance is not simply a masterpiece, it’s Masterpiece 2!

Inspired by the Bern’s centuries old chiming tower clock, the Minute Repeater Resonance is limited to just 10 pieces in celebration of the 10th anniversary of the Armin Strom manufacture. Masterpiece 2 highlights both the phenomenon of resonance and the sonorous chiming of the time by placing all of the action up front and center dial side.

Activated by a slider on the left side of the case band, two hand-polished hammers at 11 o’clock and 1 o’clock respectively chime the hours and minutes on two three-dimensionally curved gongs encircling the hour/minute subdial. The hammers are visually and technically balanced by the two independent regulators – one for each of the two movements – at 5 o’clock and 7 o’clock.

The case is in Grade 5 titanium for optimal sound transmission (and comfort), and its 47.7 mm diameter allows for a generous volume for the sound to propagate from. The sonorous chimes are also enhanced by attaching the gongs directly to the case.

A specially developed security system maximizes ease-of-use by protecting the minute repeater from accidental damage by blocking operation during time-setting and winding.

Fully visible between the two oscillating balances is Armin Strom’s patented Resonance Clutch Spring – the key to Armin Strom’s mastery of resonance – and the result of three years of intensive research and development.

While it has been long known that resonating coupled oscillators in watch and clock movements improves accuracy, less known is that resonance also conserves energy. Armin Strom’s laboratory testing has revealed gains in precision of 15-20%.

Under a virtually invisible sapphire crystal dial, the dual balances oscillating in synchronization and the two hammers striking the time, the Minute Repeater Resonance stages an unparalleled horological spectacle for both the eyes and the ears.

The Armin Strom Minute Repeater Resonance is a limited edition of 10 pieces in Grade 5 titanium in honor of the 10th anniversary of the manufacture. There will be no more editions.