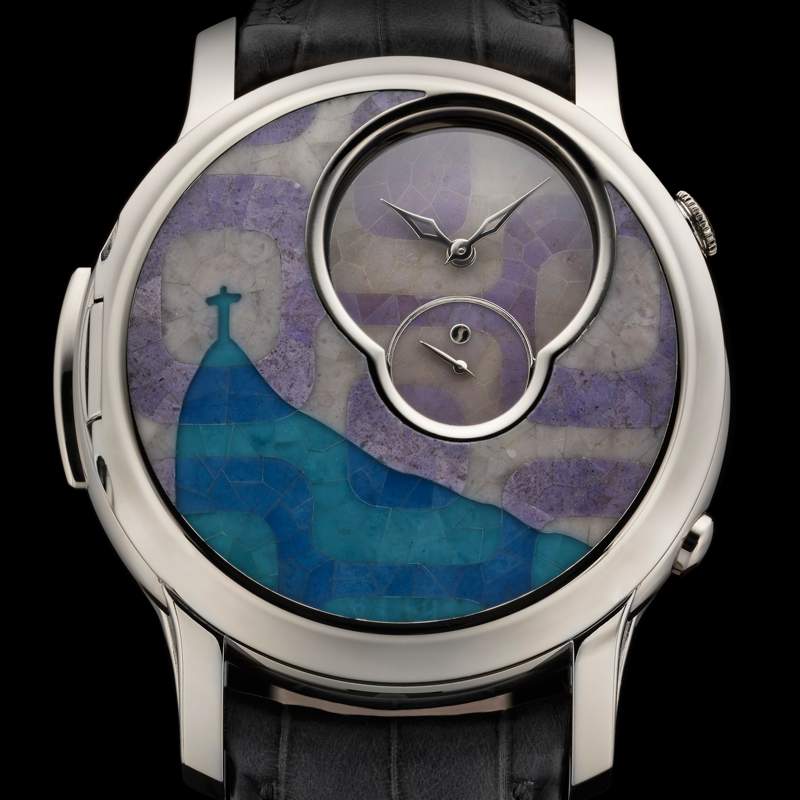 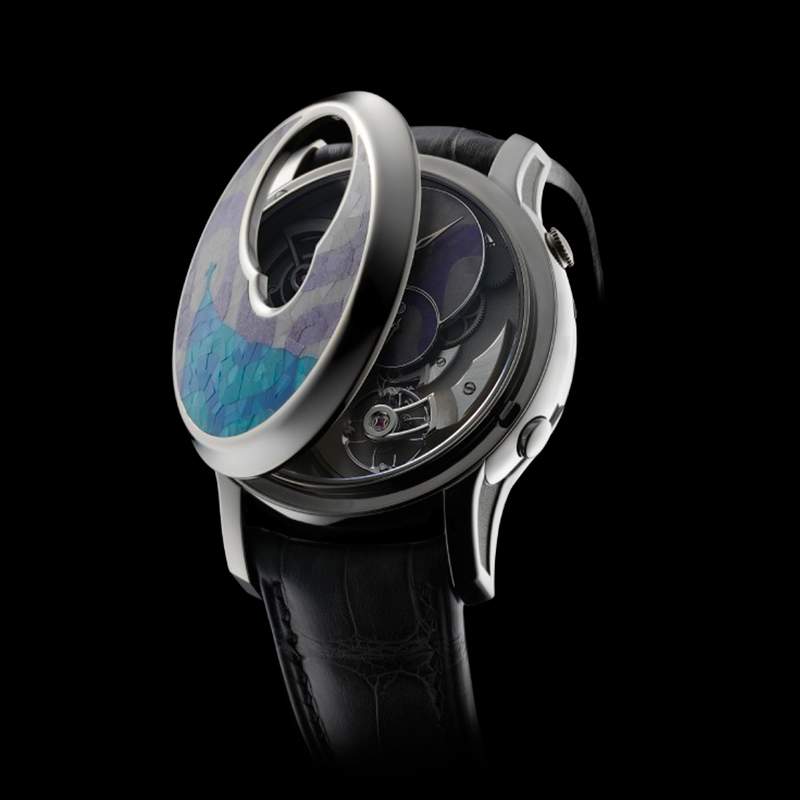 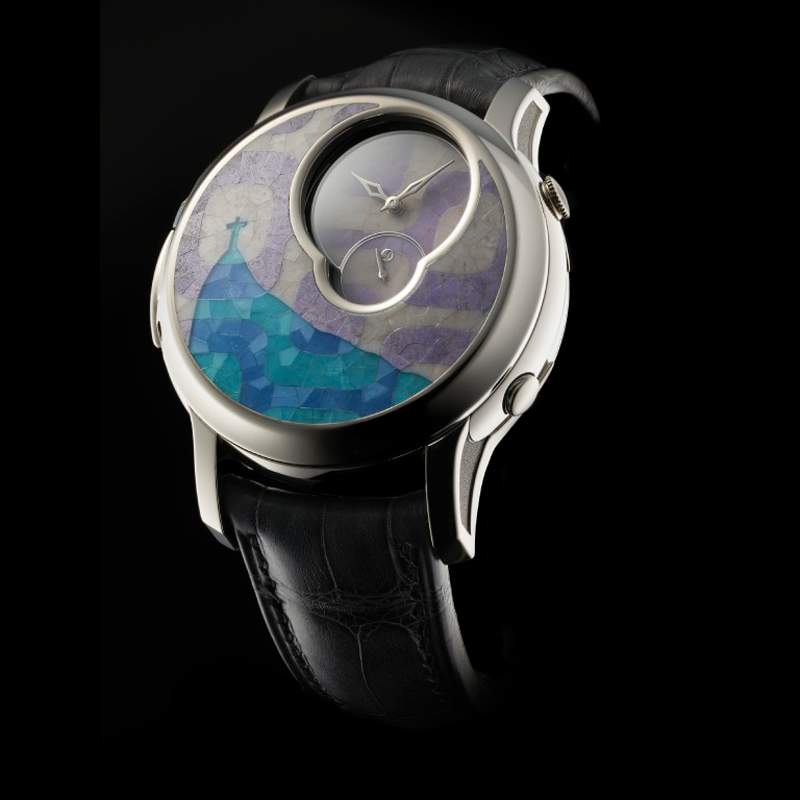 With Logical one Secret Kakau Höfke, Romain Gauthier has created the ultimate synthesis of art, craftsmanship and haute horlogerie to produce a stunning unique piece that pays tribute to that most vibrant of cities, Rio de Janeiro.

On one hand, Logical one Secret Kakau Höfke is a resplendent expression of contemporary art. Adorning its integrated white gold cover, hour-minute subdial and small seconds is a mesmerising, modernist depiction of Rio de Janeiro, designed by Kakau Höfke. This Brazilian artist is a long-time friend of the Gauthier family and responsible for designing the Romain Gauthier logo when the brand was founded in 2005.

Originally created as an acrylic-on-canvas artwork, Höfke’s eye-catching portrayal of her native city Rio not only evokes Corcovado – the iconic mountain on which proudly stands the ‘Christ the Redeemer’ statue – but also the pattern that features on the promenade (calçada) bordering Ipanema beach.

At the same time, this piece is a consummate celebration of time-honoured craftsmanship. For Höfke’s design has been beautifully adapted and recreated using an intricate micro-marquetry technique based on traditional stone marquetry, carried out by artisans at the Geneva atelier of Olivier Vaucher.

No fewer than 352 unique, mirror-polished, miniature tiles of jade and agate – each one 0.5mm thin and painstakingly hand-finished and hand-applied – make up this exceptional micro-marquetry, the complexity of which is evidenced by its bombé profile and double layer of tiles.

Light and dark tiles cut from the same lavender jade stone form the Ipanema promenade pattern; tiles cut from blue agate compose the Corcovado scenery. Where the two motifs overlap, the cover has been delicately recessed to accommodate a second layer of tiles, with the ethereal transparency of the blue agate allowing the lavender jade marquetry below to remain visible. The effect is remarkable, for the beholder can appreciate not just the varying hues of the different stone types, but also the contrasting, fragmented patterns of the two tile layers. That the marquetry seamlessly flows onto the subdials is another outstanding feature.

The artisan has displayed an extraordinary level of skill to pull off this feat, using their dexterous hand and experienced eye to fine-tune and place the tiles so that their joins are barely perceptible while at the same time ensuring that the overall artwork boasts a subtle three-dimensional relief. Indeed, the tile facets act like tiny angled mirrors, with light shimmering off of each one, endowing Logical one Secret Kakau Höfke with an effervescent vitality in keeping with the spirit of Rio de Janeiro and its people.

The sapphire crystal display back affords further views of this mechanical art, with the superlatively hand-finished movement on full show, in addition to the 46-hour power reserve indicator.