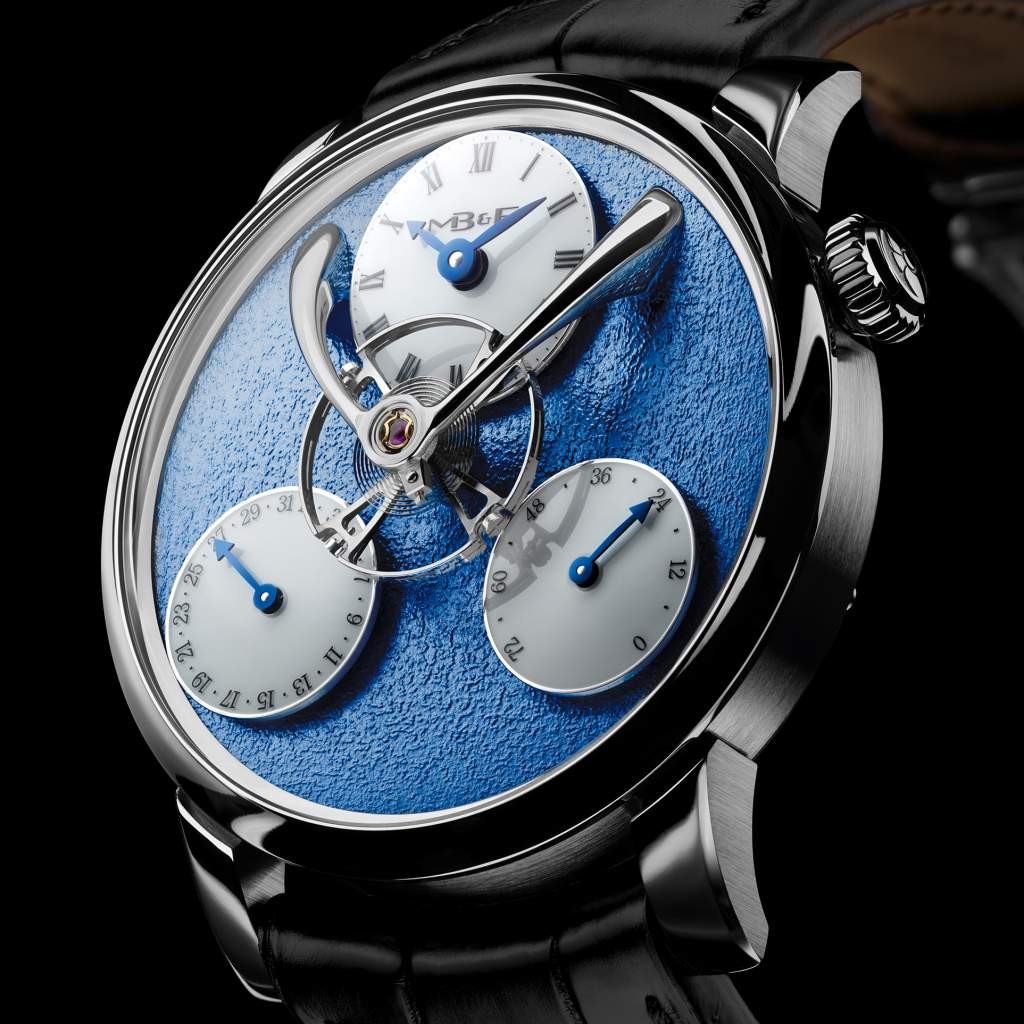 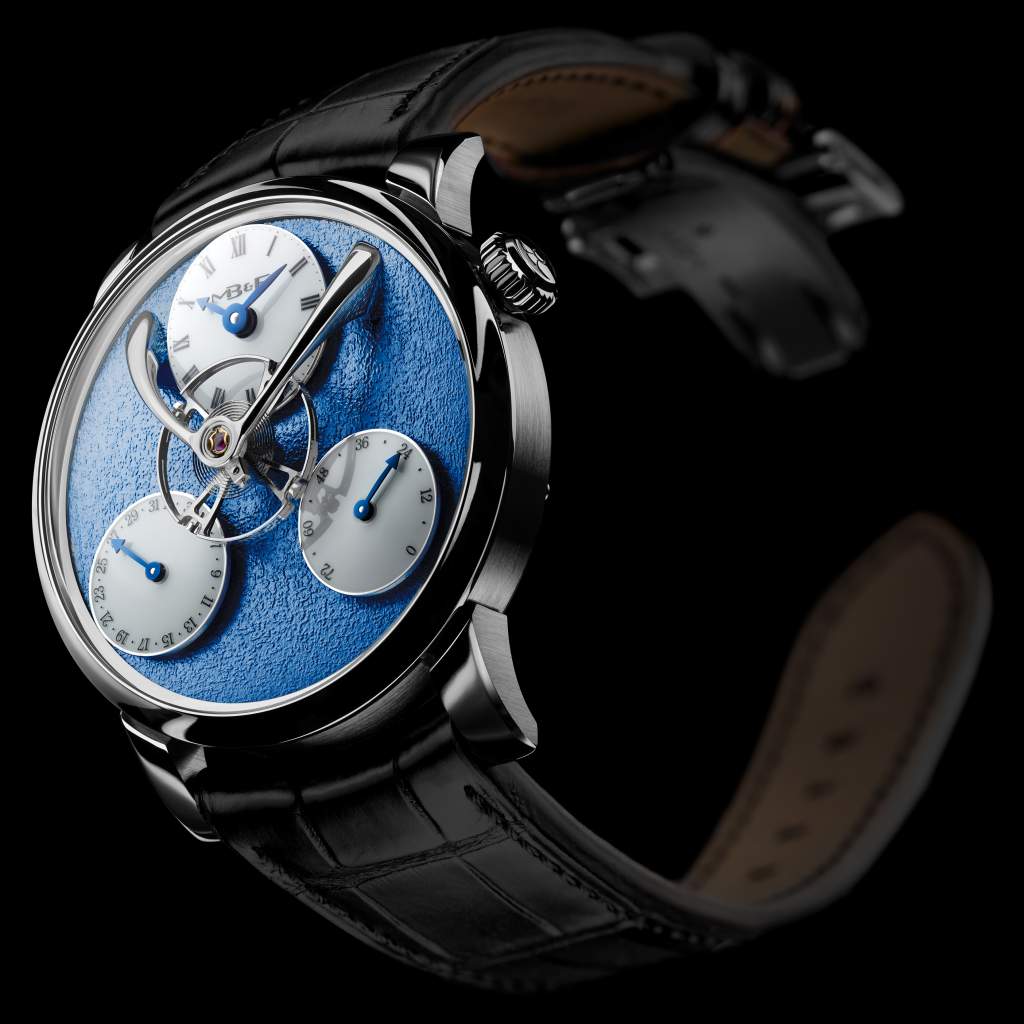 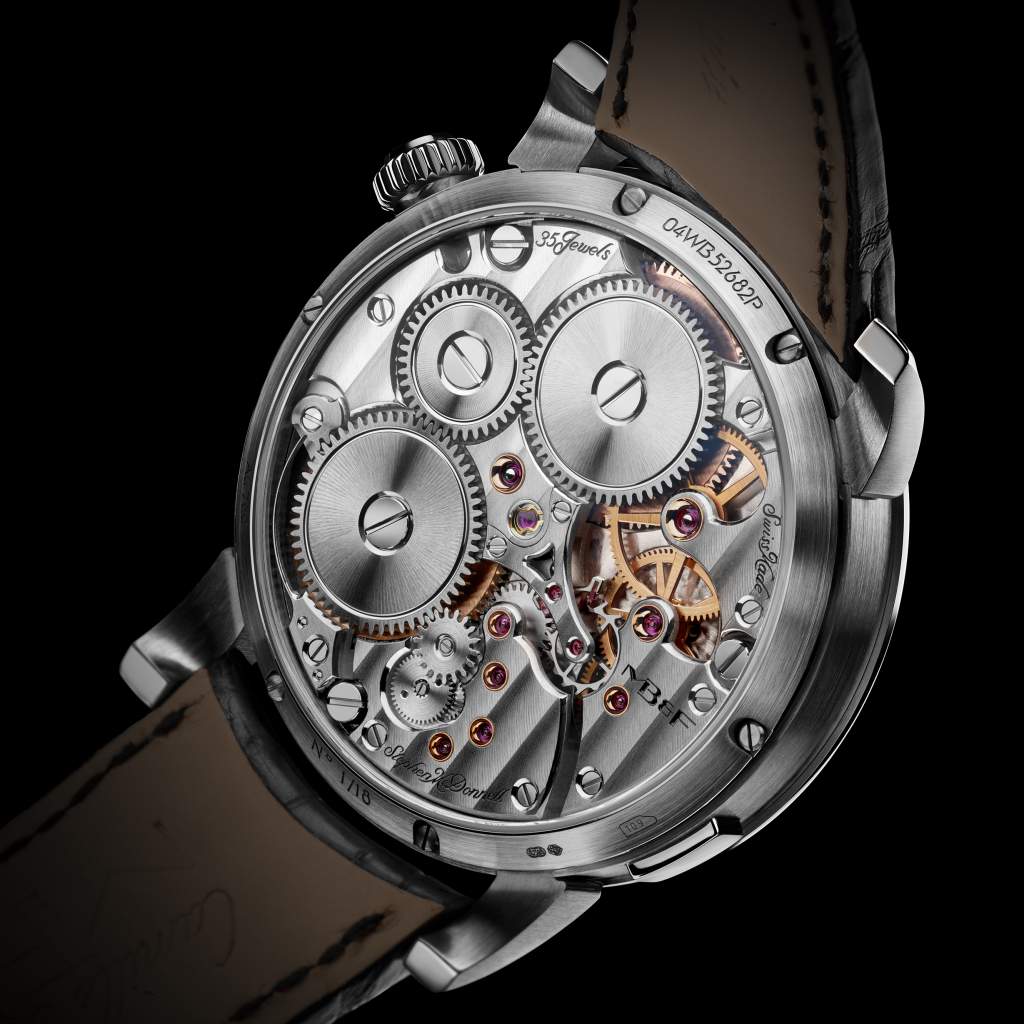 The first Legacy Machine drew on the atmosphere of wonder and optimism that characterised the World’s Fair expositions of the late 19th and early 20th centuries. The suspended balance was designed to channel this heady mix of emotions, an effect achieved by its sharp departure from established watchmaking tradition. By transporting the impulse jewel, anchor and escape wheel to the opposite end of the engine, Legacy Machine Split Escapement magnifies the visual impact of its balance, akin to an illusionist meticulously hiding all traces of the mechanisms that drive his latest show-stopping opus. And just like any other enigmatic feat of visual wonder, it’s achieved by bending some old rules and writing some new ones.

The sensitivity of the balance and the paramount role that it plays in chronometric precision are usually reason enough for watchmakers to avoid straying too far from convention when it comes to escapements. However, the outstanding horological mind of Stephen McDonnell, the watchmaker behind the award-winning Legacy Machine Perpetual, was able to circumvent the real and perceived hindrances to creating a new configuration of mechanical regulator.

Legacy Machine Perpetual was the first MB&F creation to utilise the split escapement in 2015, although the attention then was rightfully focused on the groundbreaking new perpetual calendar. Now, with Legacy Machine Split Escapement, the time for its eponymous feature has arrived.

Despite the technical hurdles faced in creating the split escapement, the LM SE engine is still designed with aesthetics and classicism in mind — beautifully symmetrical, with bridges that frame their underlying components and curve smoothly around gold chatons and countersunk jewels.

Dial-side, the balance bridge is the third iteration of a component that has been central in all Legacy Machines thus far. In the first Legacy Machines, the bridge was characterised by an industrialist aesthetic, but progressed to a more rounded form with a wedge-like base in Legacy Machine 101 and in the final edition of Legacy Machine N°1. In LM SE, similar to Legacy Machine Perpetual, the bridge assumes an organically arched line from end to end.

Technical challenges of the Split Escapement

In watchmaking parlance, the escapement is the set of components that allows the stored energy of the mainspring to escape in a series of regular controlled impulses instead of unwinding all at once. In its most common configuration, it consists of the balance assembly, anchor and escape wheel, and horological tradition dictates that these components should be as close to each other as possible to minimise external disturbing influences. In this particular area of horology, which is rarely challenged, MB&F is doing a new thing.

Whilst the balance of LM Split Escapement beats just under the dial-side dome of sapphire crystal, its impulse jewel, anchor and escape wheel are on the other side of the movement, visible through the transparent caseback. This necessitates an unusually long balance arbour, which runs through the centre of the movement, a true milestone of micro-mechanical and manufacturing technique.

The distance between the balance wheel and the impulse jewel is a full 11.78 mm, the length of the arbour that traverses the movement and projects through the dial to support the oscillator. A longer arbour increases the likelihood of disrupting influences on the oscillator, as well as the potential distorting effects of a long axle under continuous torsion. The inertia of the balance and the rigidity of the arbour are key factors in this delicate equation, and the LM SE engine is precisely engineered to ensure its chronometric integrity.

In the Split Escapement, stability of construction becomes exponentially more important than it usually is, which significantly restricts the margin of dimensional error during the manufacturing process. In addressing this, the balance arbour is fitted at both ends with anti-shock jewel bearings, and the bridge that holds the anchor and escape wheel is separately fixed for optimal fine adjustment.

Because a longer balance arbour has a higher mass, which potentially detracts from the amount of energy ultimately transmitted to the oscillator, the LM SE engine is driven by two barrels in parallel, which allows up to 72 hours of optimal timekeeping.

The burnished surface finish seen under the stretched lacquer dials of Legacy Machine Split Escapement is known as frosting, and is closely associated with watch movements from the 18th and 19th century. It was originally functional as well as decorative, providing an oxidised matte surface that resisted tarnish and gave off a subtle and even sheen, which is prized by antique collectors and enthusiasts.

Traditional methods of creating the frosted finish are no longer practicable, due to its hazardous nature (the procedure involved heating metal over an open flame before dipping it in concentrated nitric acid). To achieve the same effect, MB&F works with specialist craftsmen to recreate the texture and sheen of frosting without the use of chemicals.

The surface to be frosted is hand-worked with a wire brush, creating minute indentations one small area at a time. Each time, the wire brush must meet the metal surface with exactly the same angle and the same amount of pressure, and the indentations have to be evenly distributed over the entire surface in order to create the desired finish.

For Legacy Machine Split Escapement, a wider, more diffuse frosted finish was used, to accommodate the larger area and to draw attention to the hand-worked process. The surfaces were then PVD treated to colour them — blue, ruthenium, red gold or yellow gold.

MB&F debuted the Legacy Machine collection in 2011, the result of a radical thought experiment by founder Maximilian Büsser: “What would have happened if I had been born in 1867 instead of 1967? In the early 1900s the first wristwatches appear and I would want to create three-dimensional machines for the wrist. There are no Grendizers, Star Wars or fighter jets for my inspiration, but I do have pocket watches, the Eiffel Tower and Jules Verne. So what might my early 20th-century machines look like? They had to be round (tradition) and three-dimensional (MB&F Machine): Legacy Machines are the answer.”

Legacy Machine N°1 simultaneously marked a sharp departure from the Horological Machines for which MB&F was already known, and also established the aesthetic codes for a new family of MB&F creations. Round cases, white lacquer dials, movements classically finished with Geneva stripes and polished chamfers, and the one disruptive element — the suspended balance — all the more arresting because of its wholly traditional setting.

The six years since the double time-display LM1 was released have seen another four distinct series of Legacy Machine emerge, making five in total. Legacy Machine N°2, with its two regulators, premiered in 2013. Legacy Machine 101, the distillation of the aesthetics of the Legacy Machine collection and MB&F’s first in-house movement, came a year later, and the high-complication Legacy Machine Perpetual arrived in 2015.

The emphasis on technical creativity that characterised LM Perpetual also defines LM Split Escapement, whose engine is derived from LM Perpetual but has shed its complication to reveal the innovation at its heart.