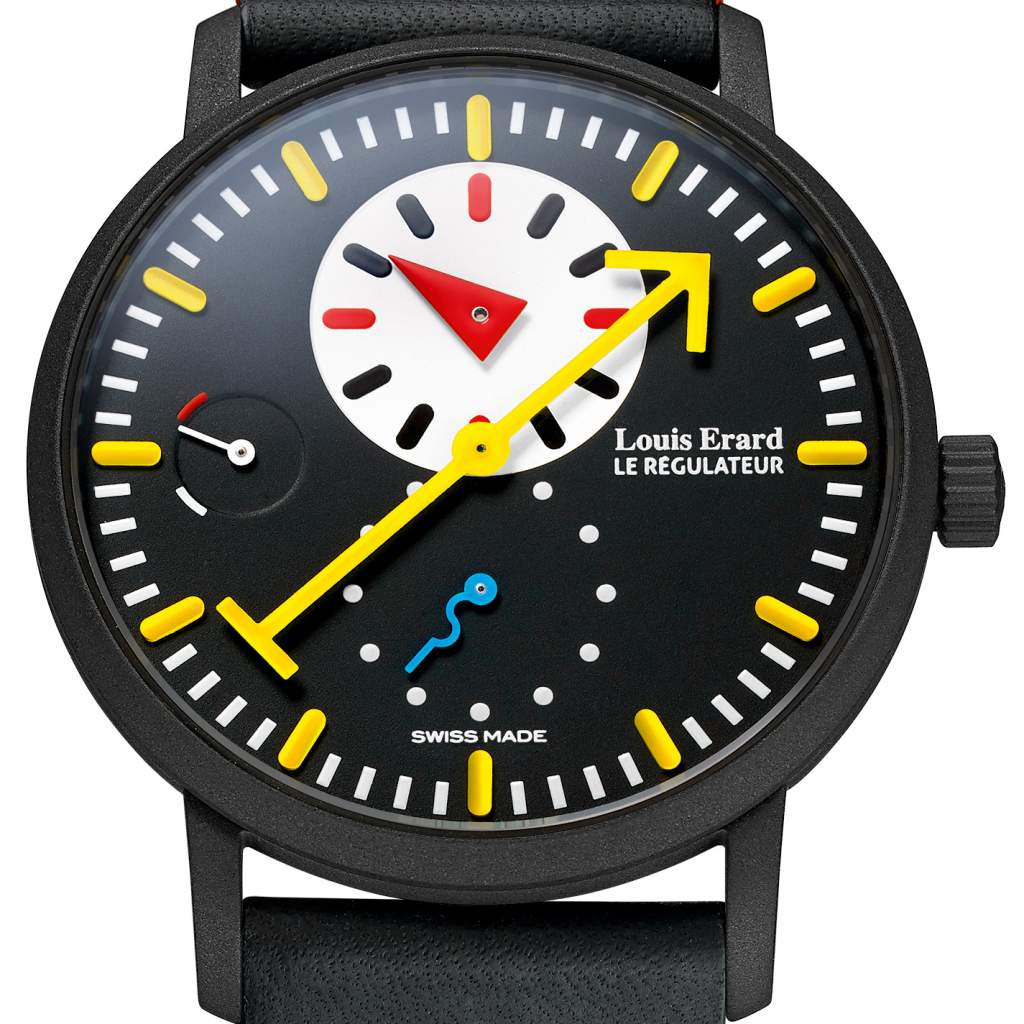 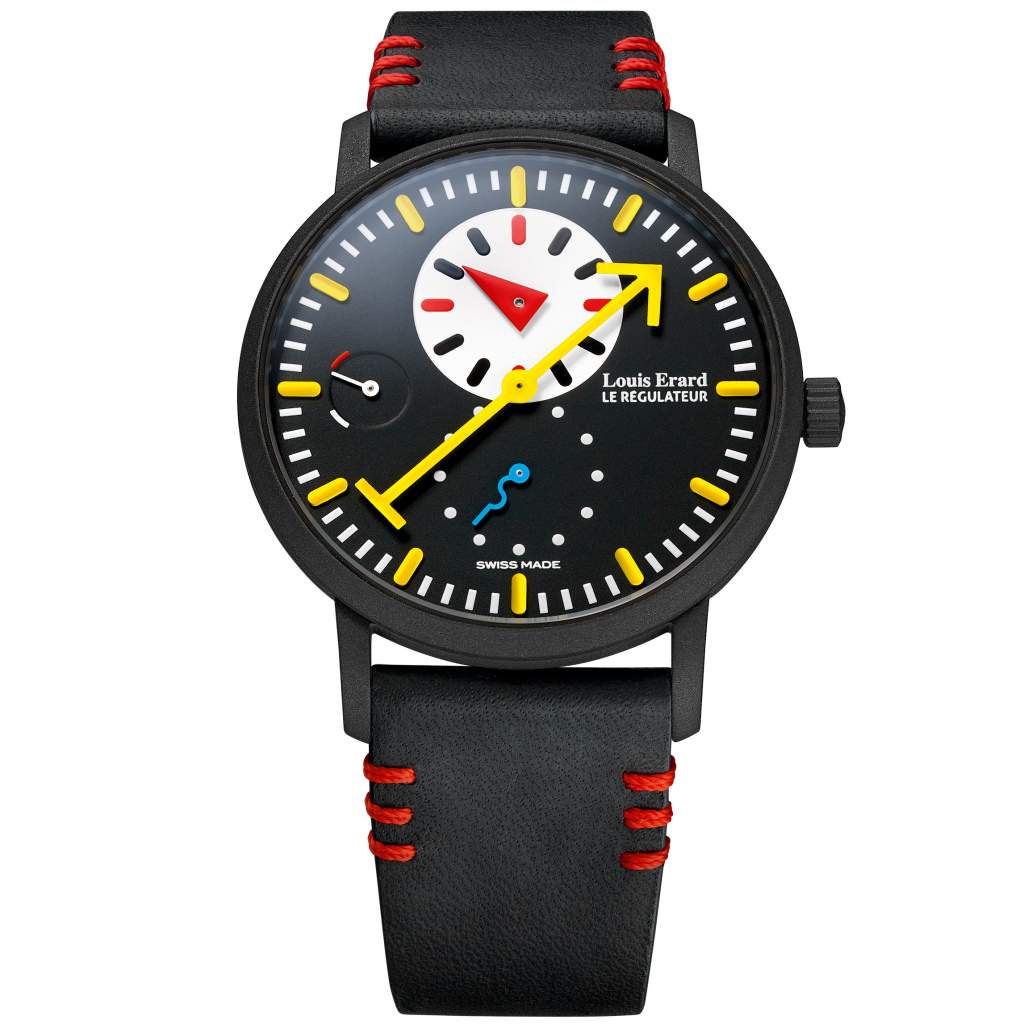 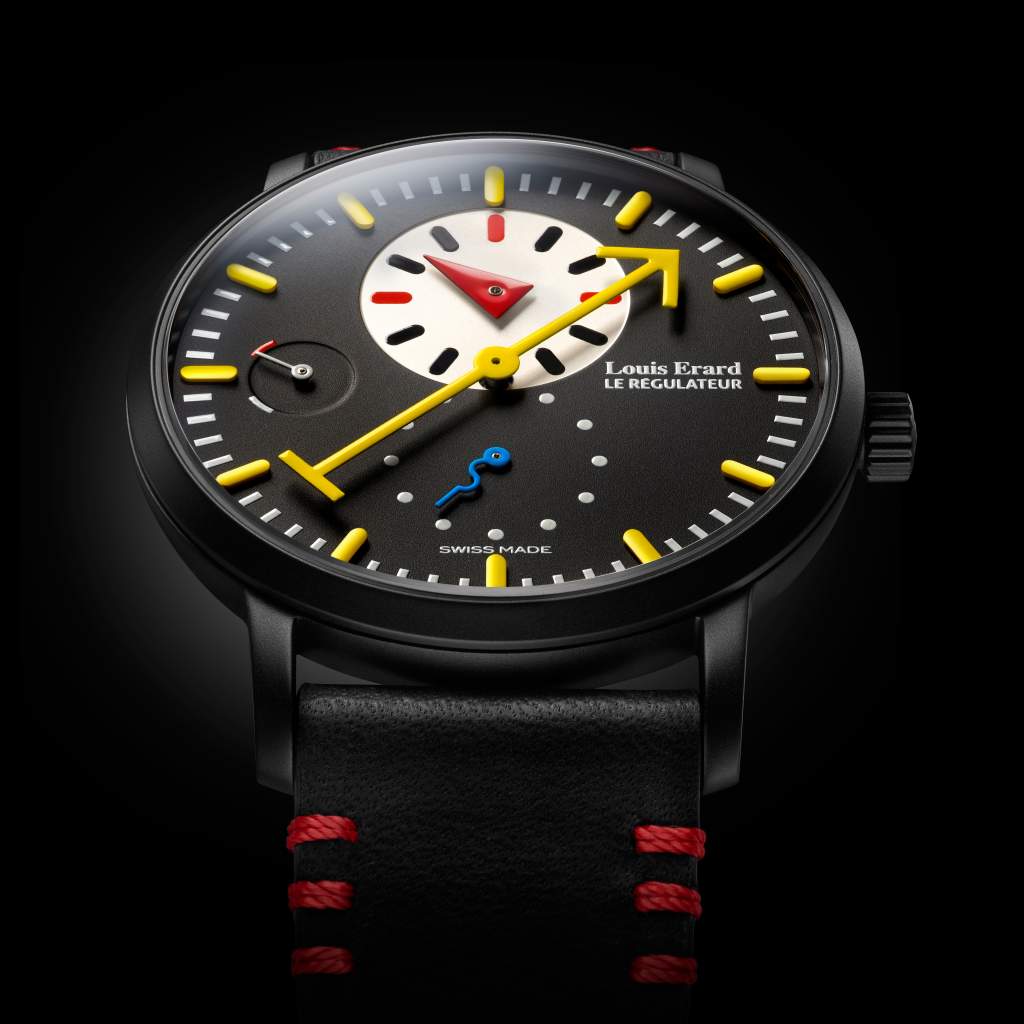 Strength, resilience, sweet revenge and a happy marriage. These are the first words that come to mind on seeing this exceptional watch. The piece will be instantly recognisable to connoisseurs and collectors of Alain Silberstein, who will appreciate the exceptional character of the collaboration with Louis Erard and will savour the return of the designer to the mid-range sector. The general public will be surprised to see a Swiss-quality complication watch designed in such an expressive style, attributable to this designer who has been famous since the 1980s, and at such an accessible price.

While on the surface it may appear fun and light, this limited edition of 178 watches has hidden depth. It reflects the strategy of the Louis Erard brand, more focused than ever on its vocation as an independent watchmaker dedicated to excellence in the making of accessible watches. It also represents a new stage in the company’s growth, which has just begun.

The watch’s design starts with the mechanics: the brand’s regulator, an exclusive calibre made for Louis Erard. This complication goes back through the history of watchmaking. Traditionally, the principle of the regulator is to separate the indications of the hours, minutes and seconds in order to improve chronometric precision. This is a pillar of Louis Erard’s timepieces, with the regulator at the heart of its collections since the brand’s relaunch in 2003. The regulator remains more than ever at the centre of the brand’s strategy, explains Alain Spinedi, director: “We have always positioned ourselves at the entry point to the market of Swiss mechanical excellence. The regulator is the perfect example of this tradition.”

For Alain Silberstein, the regulator is also a technical, aesthetic and philosophical essential: “All my work is guided by reading the time and my inspiration always come from the movement.” For him, the regulator is the centrepiece, a model for the breaking down of time focused on the central minute hand. However, this complication had escaped him: during his 40 years of creating watches, he had never made a regulator. Therefore, his partnership with Louis Erard was a natural step.

The regulator, says Alain Silberstein, transports him far away to the clocks on buildings which historically told the time with just one hand, or to train station clocks. This is what inspired his regulator.

His design starts with the central minute hand, reduced to the most basic form of an indicator: an arrow, large and yellow. This minute hand points to simple lines like those on the train station clocks that were his inspiration. The rest is designed in the same style of geometric simplicity: rectangle, triangle, circle. Reflecting Alain Silberstein’s signature style, the hour hand is a large red triangle, while the seconds are indicated by a serpentine hand. The colours follow a similar logic, reduced to the basic spectrum of blue, red and yellow, inspired by the Bauhaus movement, a way for Louis Erard to pay tribute to the birthplace of modernism, which celebrates its 100th anniversary this year.

The final piece is a celebration, the perfect allegory for the joyful spirit of strength which has always inspired Louis Erard: an independent brand founded in 1929 and which has always succeeded in making a place for itself, whatever the market conditions.