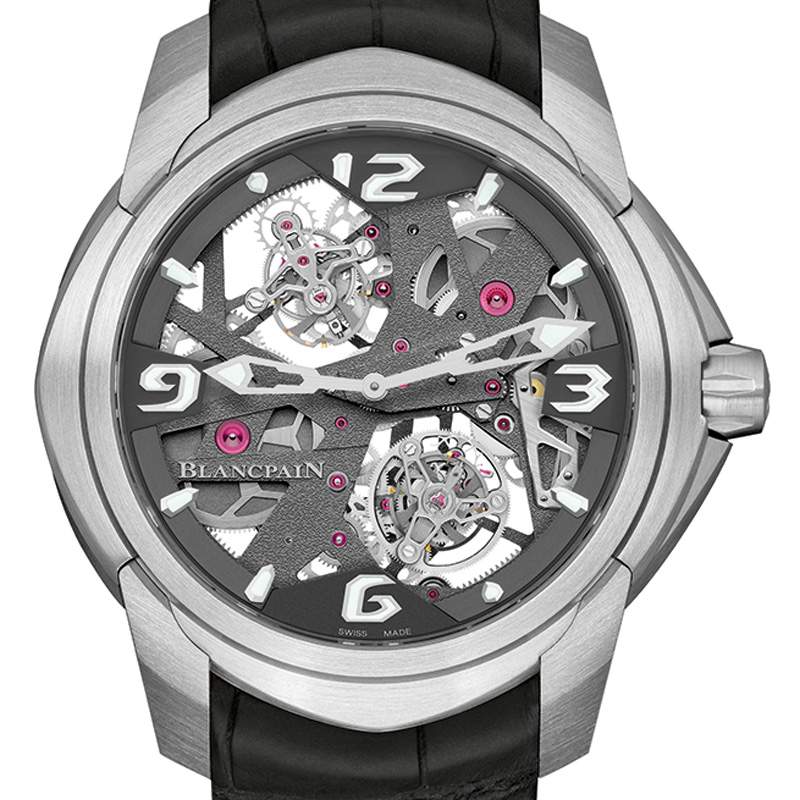 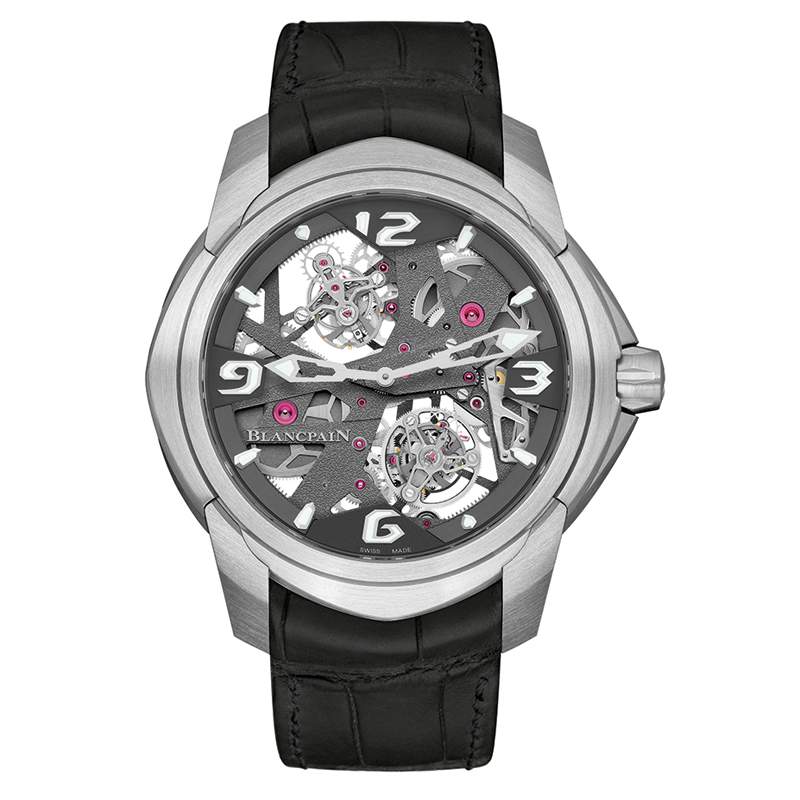 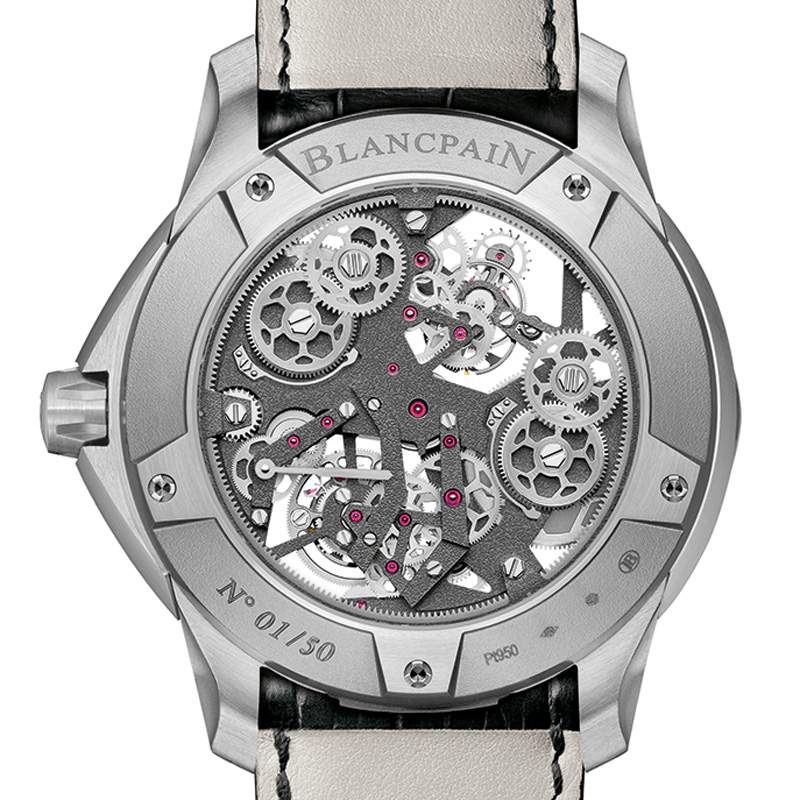 The subtle alliance between two timekeeping regulators gave birth to the caliber 2322V2. Paired with a bezel sculpted into an innovative form, one which is both aggressive and sporty, the case houses both a flying tourbillon and flying carrousel. The dial, designed with multiple levels, reveals all of the complexity of the open worked movement.

The distinctive bezel, the form of the applied numerals together with the asymmetric form of the bridges and base plate, give the timepiece a unique place in the within the Blancpain collection. This latest design has been finely crafted with a frosted finish as well as a NAC coating (a galvanic process that bestows a dark color on the bridges and base plate). The forms of two cages, that of the tourbillon and that of the carrousel, have been subtly reimagined and reshaped. The open worked movement, constructed on multiple levels, creates a sense of dynamism through its the depth. The movement’s screws have hexagonal shapes which adds a further dynamic touch to the ensemble. All of these design elements represent “firsts” for Blancpain.

The tourbillon is comprised of a rotating cage which carries with it the escapement and the balance wheel. The escape wheel’s pinion rotates as it turns around the exterior of the fixed seconds wheel. This rotation is the means by which the required energy is transmitted to the escapement and balance. The cage rotates once every minute which serves to cancel out rate variations in the vertical position. The core idea of the carrousel, invented originally by Bonniksen in 1892, is similar to that of a classic tourbillon even though the cage is not rotated around a fixed seconds wheel, but instead is powered by a small gear. Two gear trains are utilized, one to rotate the cage and another to deliver power to the balance wheel and the escapement. The lyre placed upon the carrousel’s cage represents the initials of the marque and has been realized by a laser cutting process. This is the first time that this particularly delicate work has been done on a component of such a small size.

Both the tourbillon and the carrousel are individually powered, each by its own barrel, which allows for an harmonious vertical placement of the two within the movement. Clever technical innovations were required to achieve simultaneous winding of the barrels of the tourbillon and the carrousel through a single crown, termed the winding crown, which encircles the entire movement. The movement of the Tourbillon Carrousel is equipped with two differentials, one designed to combine the information from the two complications in order to average the two running rates and the second to produce the power reserve indication shown at the back of the watch.

The case is in platinum with a diameter of 47.40 mm and is fitted with an integrated black alligator strap. This timepiece will be limited to but 50 examples.