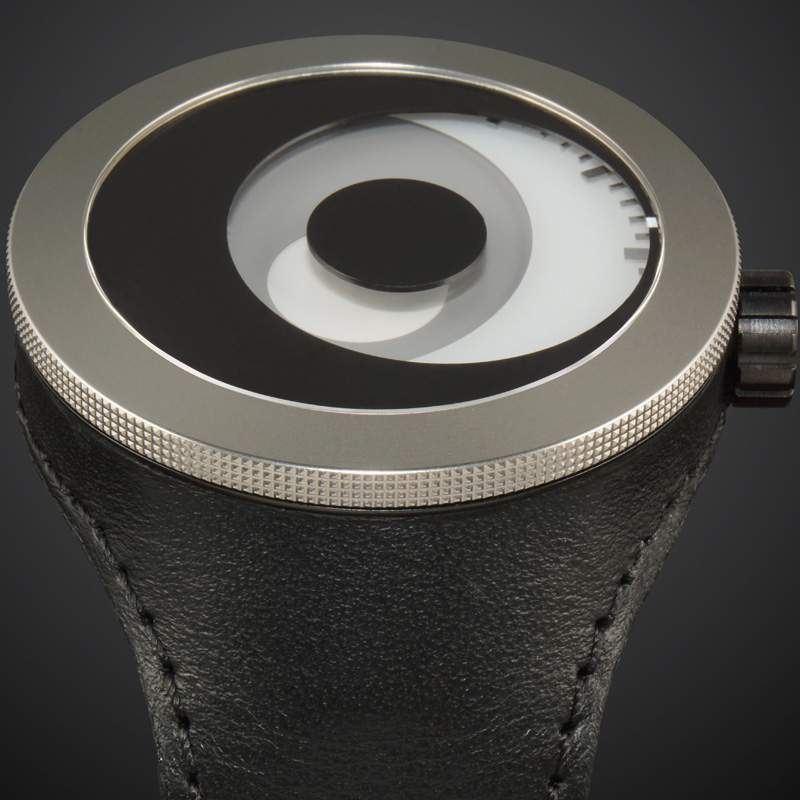 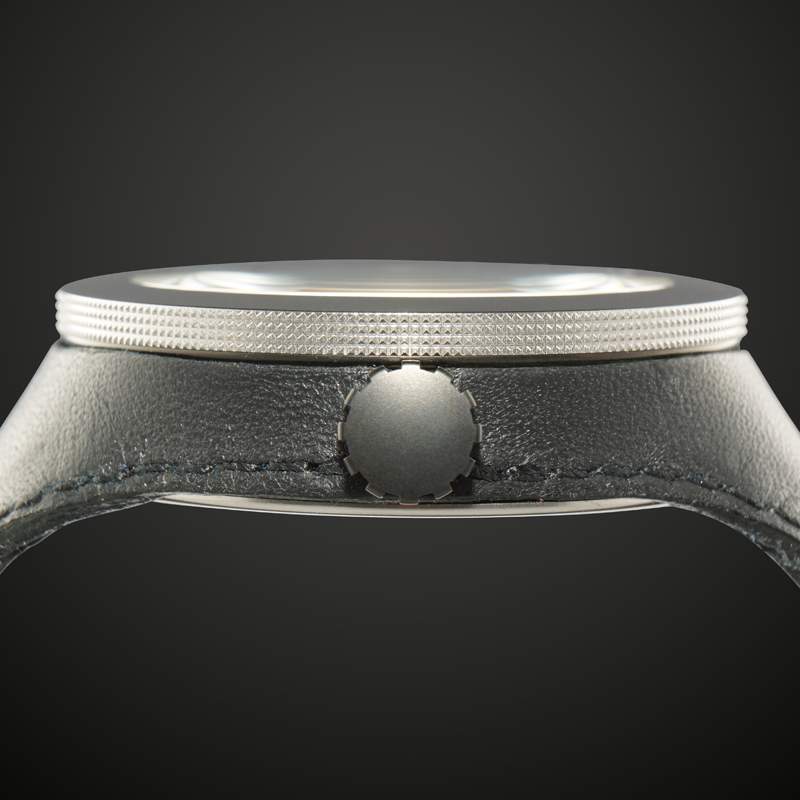 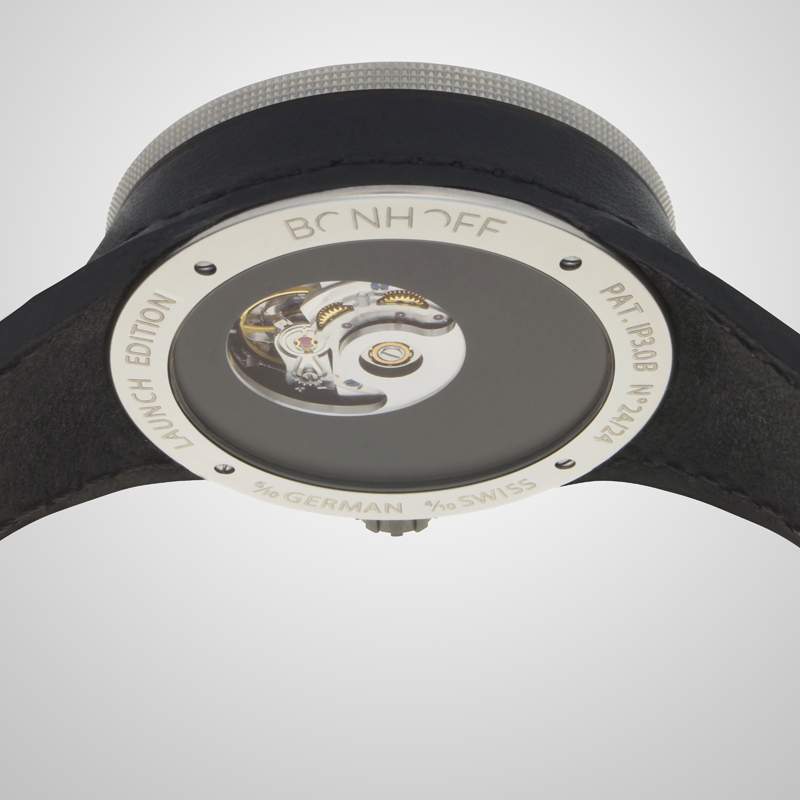 Since the advent of quartz watches and today smartphones, the mechanical watch has evolved beyond its initial sole purpose of keeping time. The Bonhoff IP3.0B pays tribute to this evolution and offers an interactive time display with adapted strap construction in the four-figure price range.

The patented display system consists of eight layers including five sapphire discs, yet does not require a modification of the movement. The time is revealed by turning the bezel to align the circles of the display. In analogy with the conventional time display, the large circles represent the minute and the small circles the hour. The minutes are read by turning the bezel in order to have the large circles match and the hour is read when the small circles are matched. The rotational friction of the bezel with its tactile "Clous de Paris" pattern is optimized for a fast and effortless rotation.

As conventional lugs would obstruct the fingers when rotating the bezel, the patented strap construction features a seamless transition to the case, except with seams leading around the case. A single piece of leather hugs the watch creating smooth curvatures that follow the anatomy of the wrist and please the fingers when turning the bezel. A double case back allows for a convenient exchange of the strap without exposing the watch movement.

With a focus on large and elemental shapes, the Bonhoff IP3.0B is designed to depart from the technical instrument character often associated with watches. The top disc is used to conceal the center point of the dial and to reveal the indices of the hour and minute scale only where they are needed for a precise reading. The custom winding rotor takes up the design cues from the dial and acts as a moving window into the movement, revealing different parts at a time.

Invented and designed by German engineer and founder of the brand Hannes Bonhoff, the IP3.0B is produced by renown manufacturers in Germany and Switzerland. The origin of production is stated on the case back accurate to a tenth.