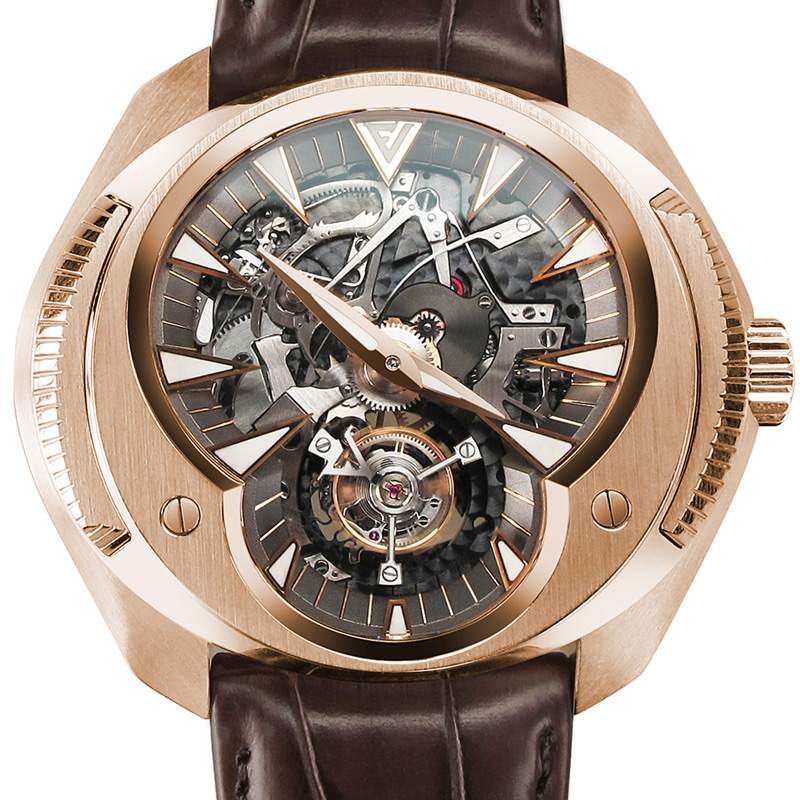 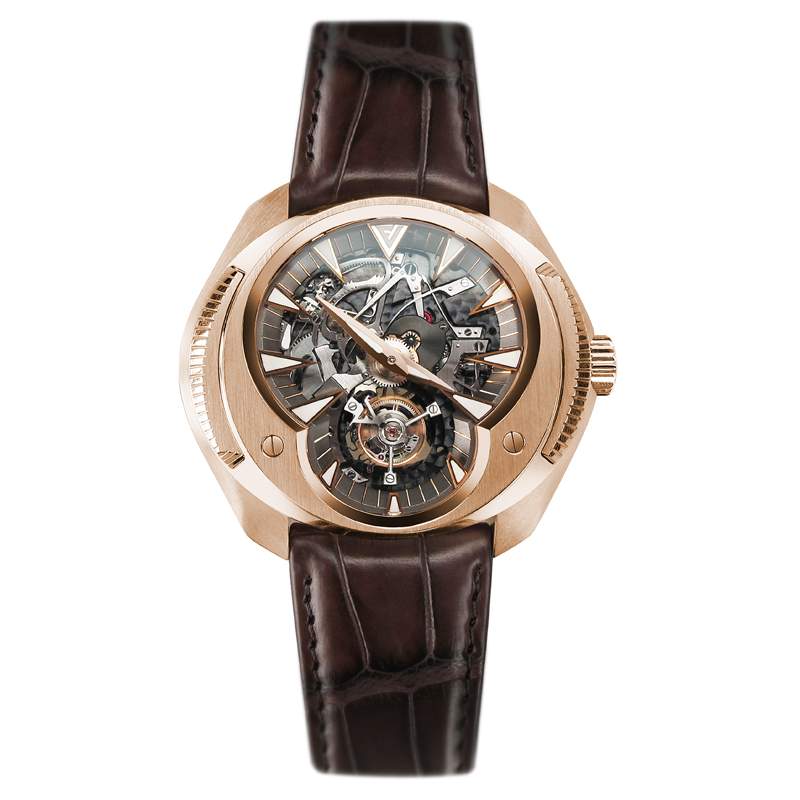 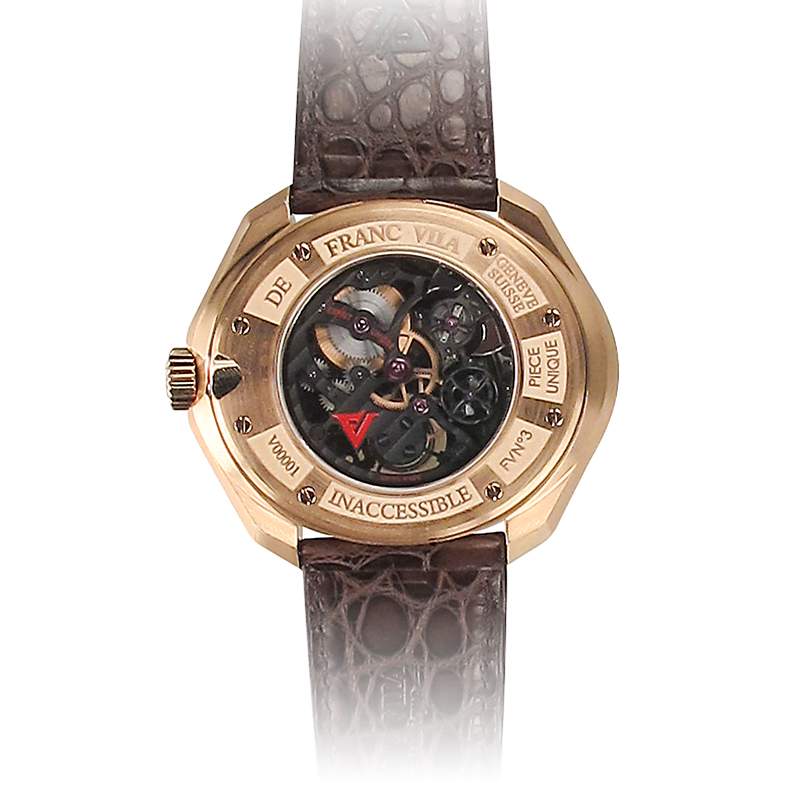 Franc Vila revealed during Baselworld 2015 one of its novelties: the FVn N° 3, Inaccessible tourbillon minutes repeater. As explained by M. Franc Vila, the creator of the brand, this model is called "Inaccessible" because there will not have any identical watches in this collection. Each watch will have a unique dial or exclusive details which mark its peculiarity.

The inaugural timepiece of the collection presented in Baselworld 2015 is the first watch in platinium made by FRANC VILA.  M. Vila developed a watch of exception by creating a skeleton version of the movement. Today the watch is presented to you in red gold. It reveals its mechanical beauty under its sapphire without any visual
obstruction set apart the floating indexes of hours. The depth and the three-dimensional effect are highlighted and underlined with the flying tourbillon at 6 o'clock.

The repetition mechanism is one of the complications preferred by Mister Vila because it is the most poetic. Franc Vila has always been fascinated by the idea to convert mechanically time to music. Moreover, its first watch model was already endowed with a perpetual calendar with repeater. Since the beginning, the brand has for objective to create a pallet of repeater masterpieces and also to build a tourbillon into these watches.

The case of the Inaccessible holds a secret because its rotating bezel allows to arm the repeater without disrupting the esthetic balance of the whole, as would have made a traditionally used bolt. Innovator in all its details, this unique timepiece establishes the first watch with tourbillon and minutes repetition never realized by Franc Vila water-resistant to 100 meters.

The FVn N°3 gathers two major complications of the watch-making art to deliver a really singular partition. Symbol of precision, the tourbillon is next to the musical poetry, through a minutes repetition expertly run. The Inaccessible Tourbillon pays tribute to watch-making masters and to Swiss savoir-faire by combining successfully the biggest classic complications within an elegant and contemporary esthetic personality.