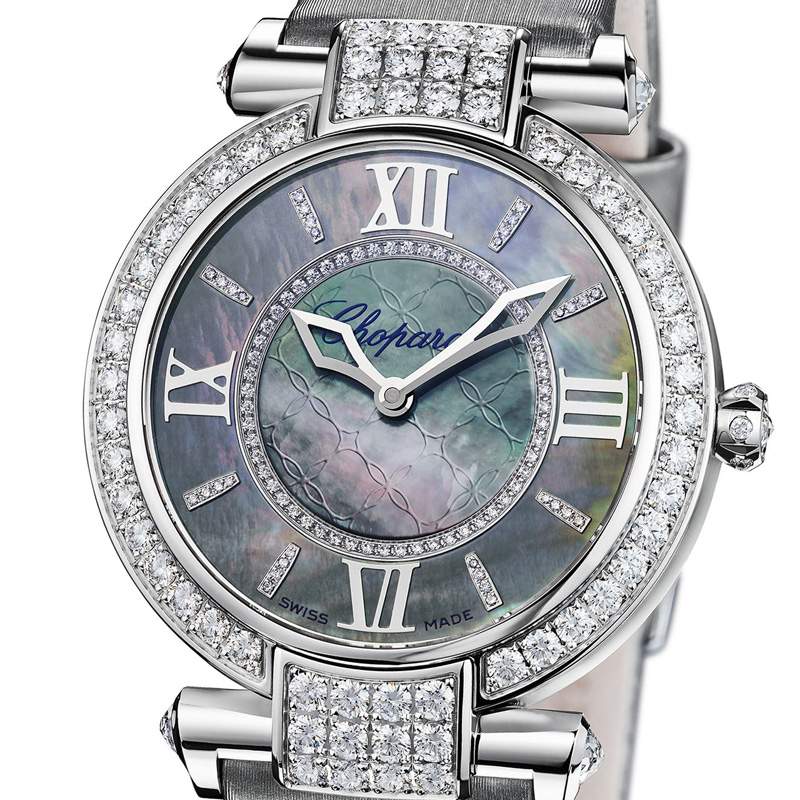 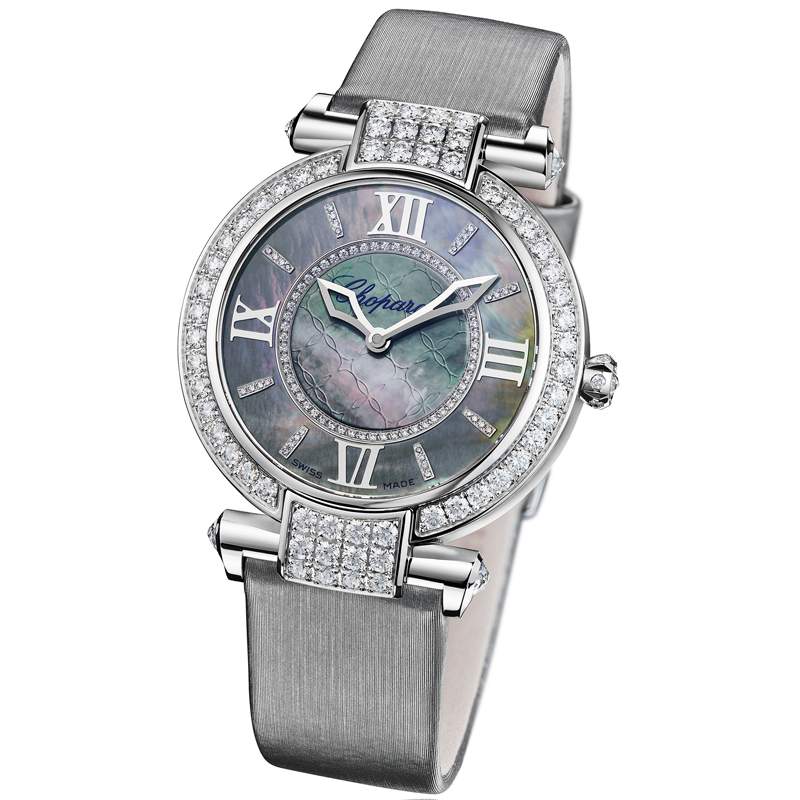 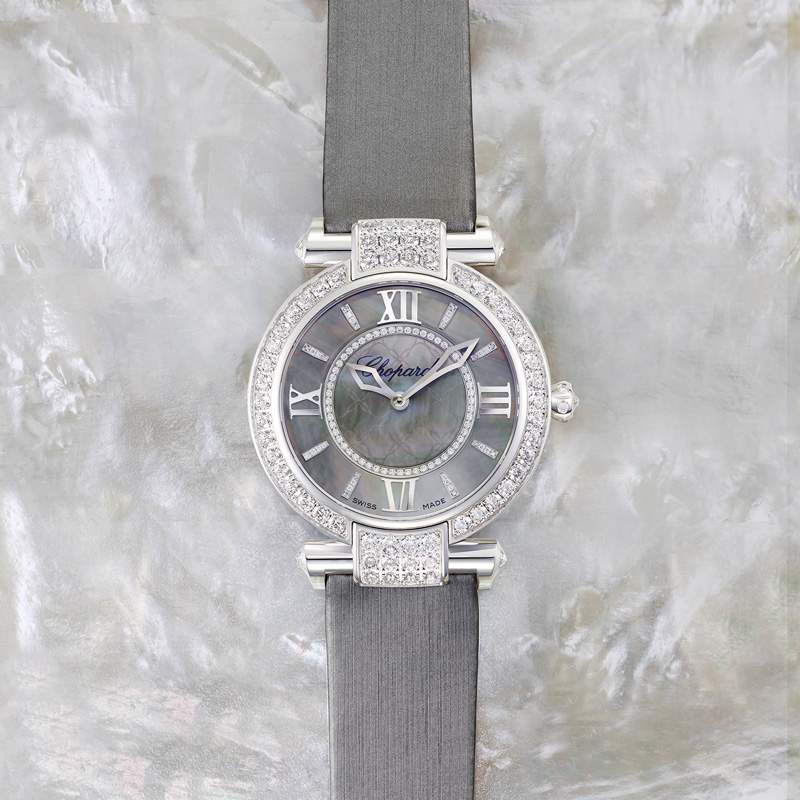 A noble and distinguished watch

Tahitian mother-of-pearl and diamonds: Chopard introduces a new jewellery interpretation of the Imperial collection representing the epitome of luminous distinction.

When the codes of contemporary elegance echo the grandeur of the Roman Empire, a true classic is clearly in the making. The Imperiale watch appeals first and foremost by its harmonious proportions and refined details. Endowed with a powerful and symbolic character, it asserts itself as the natural choice for daring women.

The serene strength of its details distils a wealth of characteristics that are all nods to the heyday of the imperial age. Roman numerals punctuate the dial, while the curved hands are reminiscent of the tapered daggers used by sovereigns in battle. The shape of the lugs reflects the tradition of ancient columns famed for their perfectly balanced proportions. Finally, a diamond-set crown delicately curved like a lotus flower is fitted on the case middle with its pure, sleek sides designed to give the model a lighter touch and an even more lustrous glow. The sheer wealth and finesse of its details make the Imperiale collection an eminently feminine model that echoes the spirit and the splendour of imperial classicism.

The new Imperiale 36mm Joaillerie model beats to the rhythm of a self-winding movement and reprises the collection's design codes with a regal bearing: the dial appears adorned with magnificently shimmering Tahiti mother-of-pearl, while the bezel and the lug-covers are entirely set with diamonds. The fascinating dial reflections, together with the radiance of diamonds, create a luminous harmony to which a subtle silver-toned brushed canvas strap sets the perfect crowning touch.