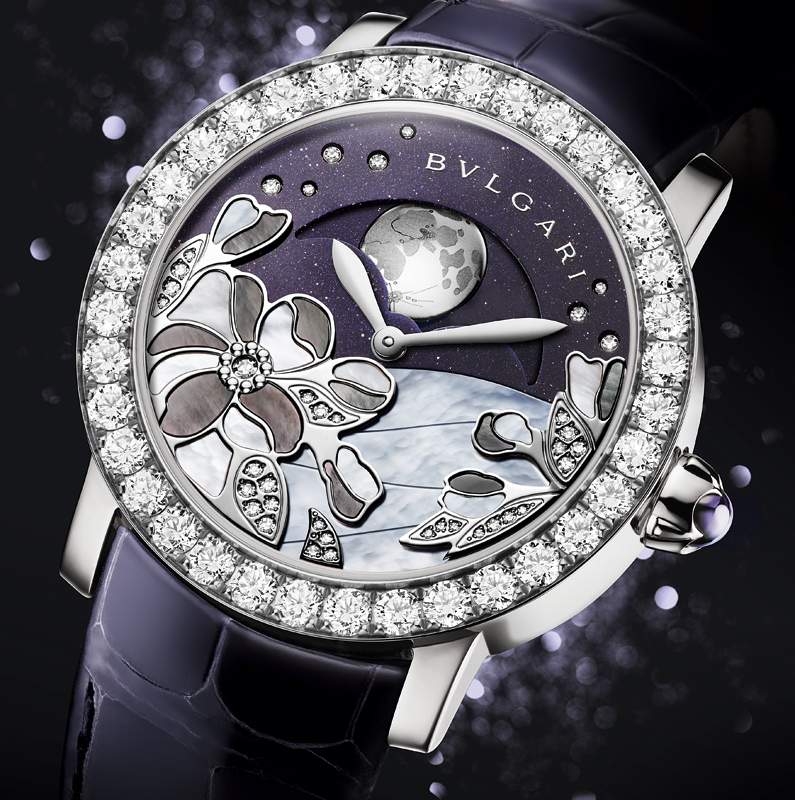 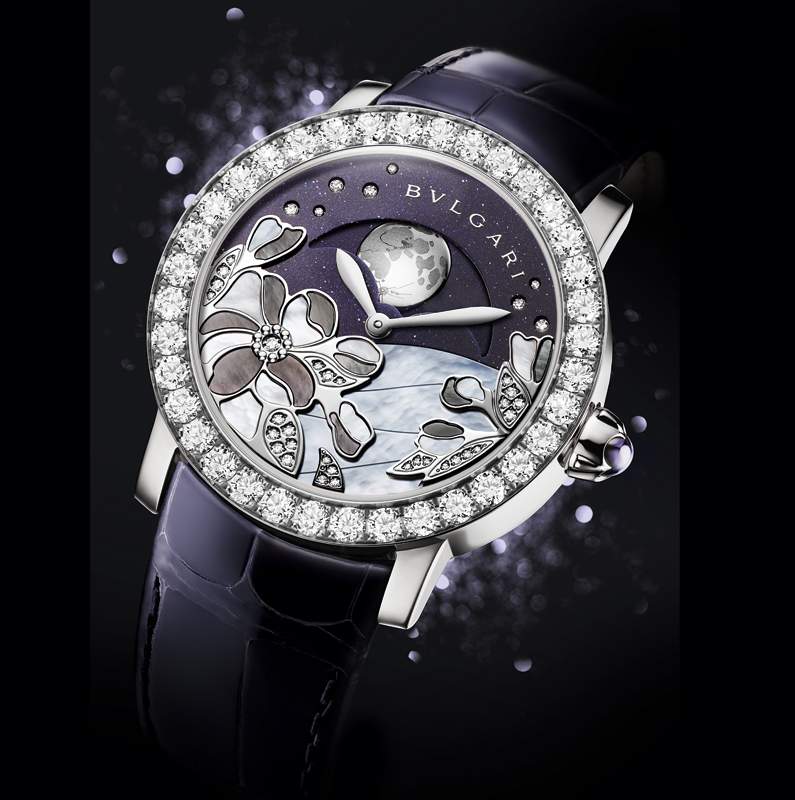 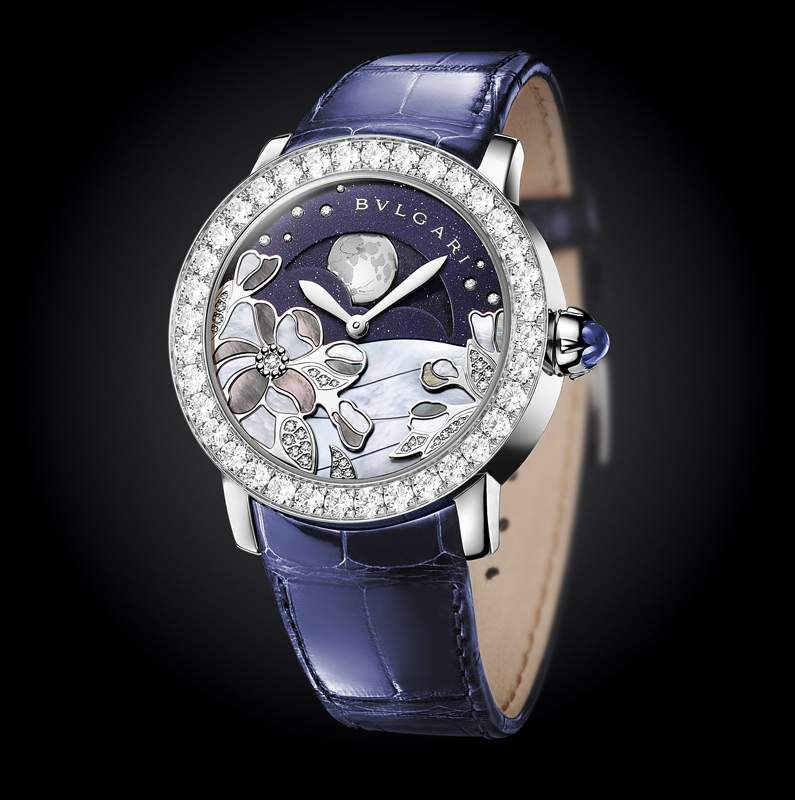 Drawing their inspiration from the history of jewellery, the dials of Bvlgari watches are testimony to a proven mastery in the most elegant decorative techniques. A collection of exceptional watches reveals the most prestigious decorative craft techniques that the Maison has been promoting and perpetuating for more than 130 years.

Everything starts with a sketch, a drawing that commits the chosen theme, the story to be told, to paper. That of the Maison BVLGARI has been in the writing for more than 130 years. In step with its boundless creativity, themes dear to the jeweller have been transformed into endearing points of reference that are powerful reminders of its identity. A rich and fascinating universe that finds a new expression at the heart of a collection of complicated watches. I GIARDINI DI BVLGARI feature the emblematic motifs of the Naturalia collection, produced using the techniques of champlevé, miniature painting, mother-of-pearl – or stone – marquetry and gemsetting. This year the jeweller unveils IL GIARDINO NOTTURNO. A garden in which the night sky reveals a stylised (Belle de Nuit) Beauty of the Night or Marvel of Peru, also known as a moonflower, which was already used in mother-of-pearl marquetry to decorate a piece of BVLGARI jewellery in the 1970s. A dial whose complexity expresses the different elements of which the décor of each of these three versions consists. A dial architecture built on four levels and evoking the four elements.

FIRE: BVLGARI reveals the fascinating character and spangled look of aventurine glass, an art dating back to the 17th century. This intense blue material, dotted with copper inclusions, is studded with eight diamond stars.

EARTH: The moonflowers are engraved using the champlevé technique, gemset, polished and rhodium-plated. The marquetry specialist then sets white and Tahitian mother-of-pearl inserts into the heart of engraved petals.

AIR: The movement with its moon phase consists of an aventurine disc adorned with two engraved and polished gold moons.