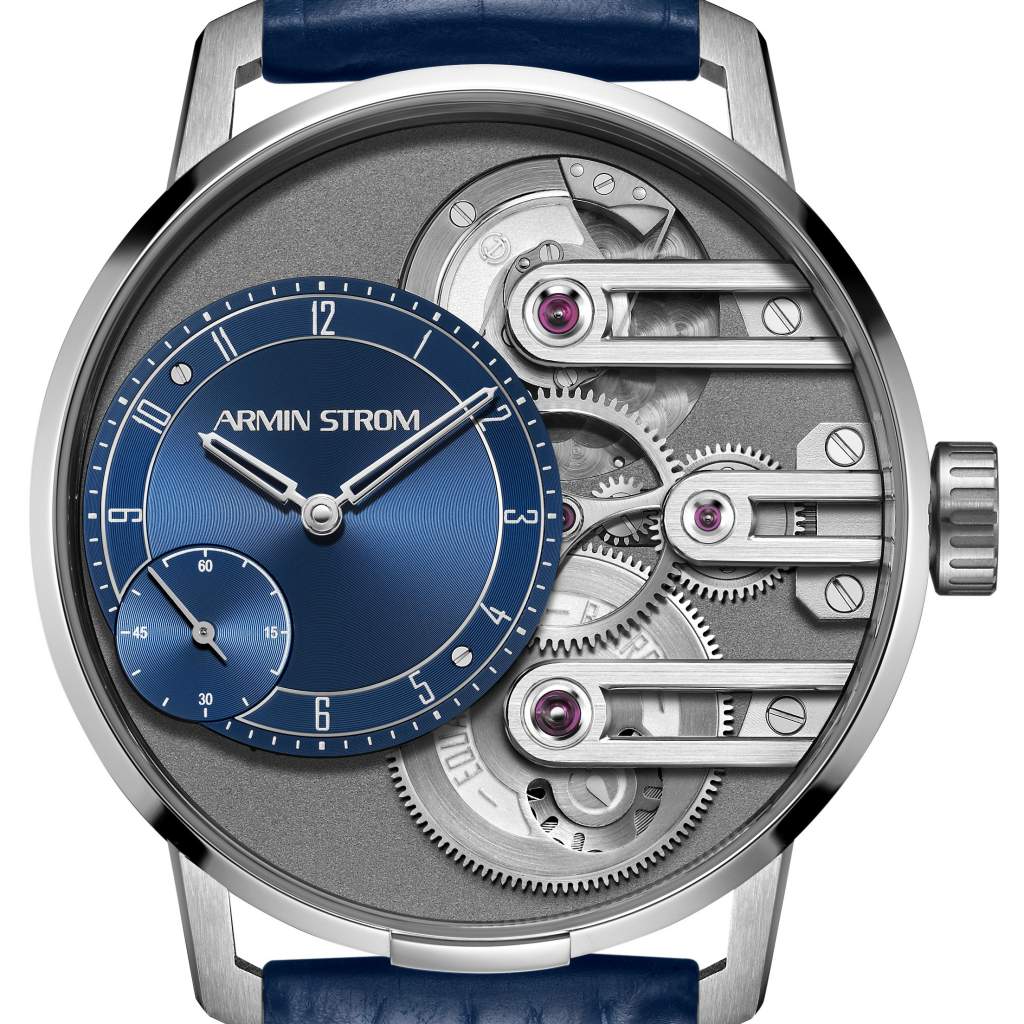 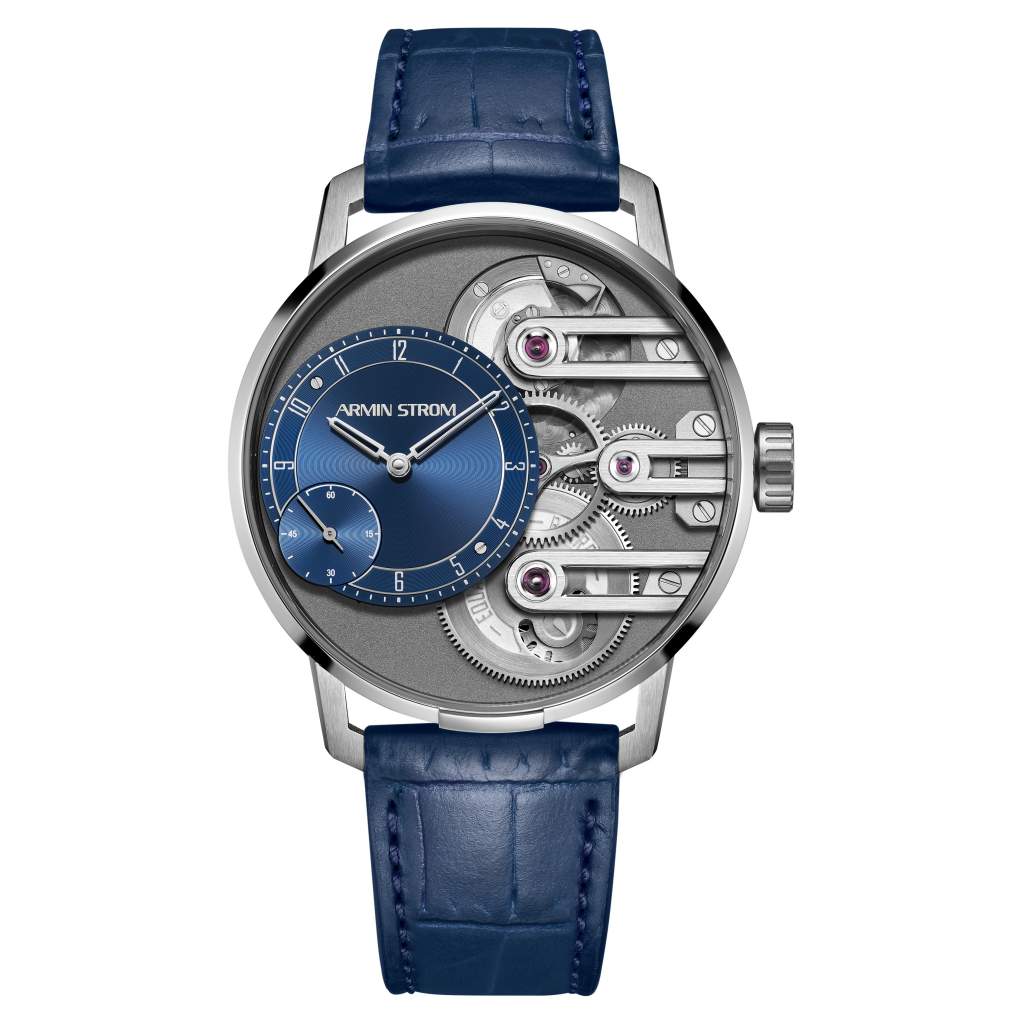 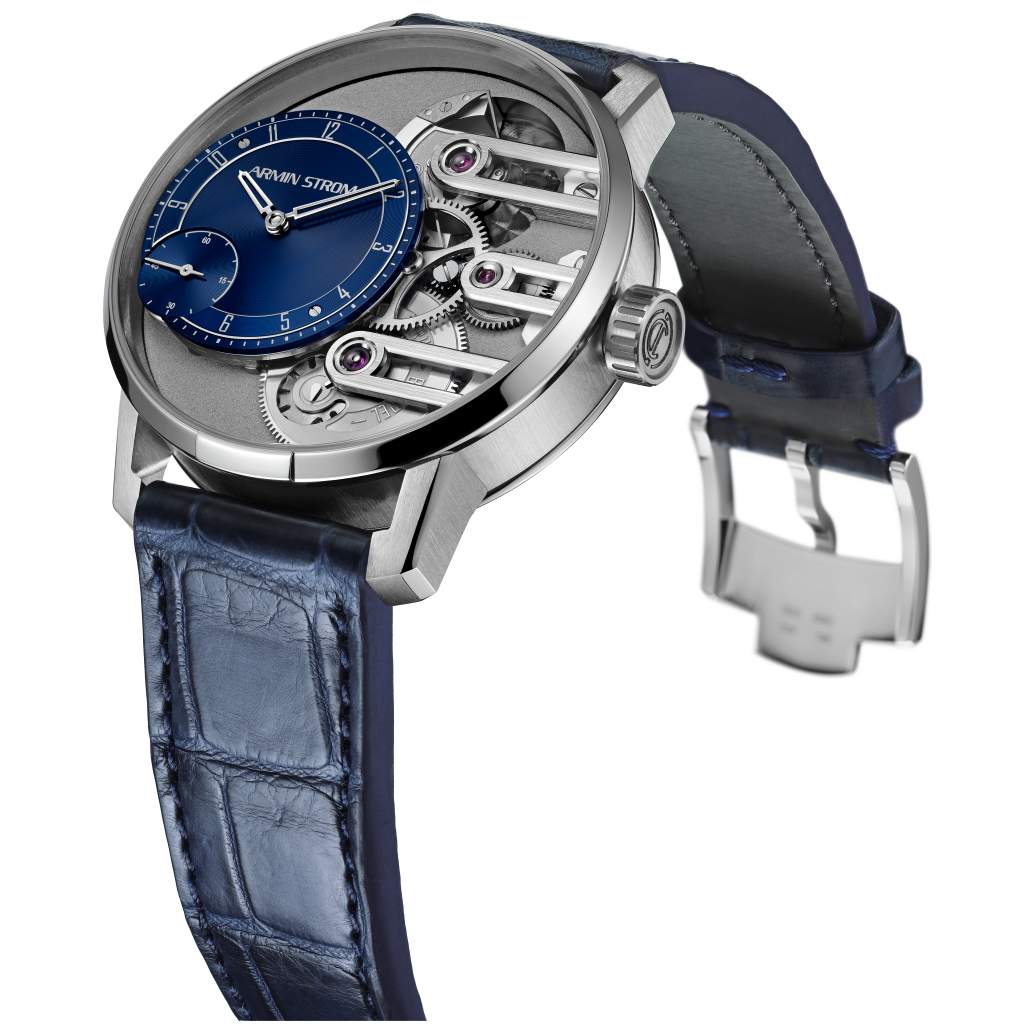 Gravity Equal Force is the newest watch demonstrating an Armin Strom core principle: always be innovating. This watch takes the traditional mainspring barrel and turns it on its head by adding a stop-work declutch mechanism combined with automatic winding to create consistent power delivery to the balance. With a bold redesign of the movement, dial and case, Gravity Equal Force marks the launch of the new System 78 Collection, highlighting innovative watchmaking at a competitive price.

As a guiding principle, every watch that comes from the Armin Strom manufacture must include an innovation. The inspiration behind Gravity Equal Force was a desire to transmit equal force to the balance, thereby increasing the consistency of rate. Building upon the classic stop-works mechanism, Armin Strom developed an ingenious stop-works declutch system that operates inside the mainspring barrel to limit the torque delivered to the balance, providing smooth power delivery. This represents the first time a stop-works declutch mechanism has been added to an automatic winding movement.

Not content with one innovation, Armin Strom found insight in a pocket watch in need of repair from a U.S. collector, which contained a motor barrel design showing clear advantages over the standard going barrel. Inspired, the watchmakers designed a barrel operating in the reverse of a traditional mainspring barrel by driving the going train via the barrel arbor and winding the barrel housing, which both improves functionality and reduces wear.

With numerous small improvements to the going train and winding mechanism, the new Caliber ASB19 demonstrates Armin Strom’s commitment to continually questioning established theory and using in-house R&D to advance horological technology. Claude Greisler, co-founder of Armin Strom, highlights the improved usability: “We have reinvented the whole functionality of an automatic watch movement to bring another level of precision and to offer our collectors more assurance for reliable daily wear.”

The new Gravity Equal Force also differs from previous models with a new off-center dial and slimmer case with a smaller diameter. The highlight of the watch is now the triplet of bridges echoing the pocket watch inspiration behind the ASB19. The 41-millimeter case, a first for Armin Strom, should appeal to the more classically-inclined collector. The contemporary dimensions maintain the essence of Armin Strom DNA while shaping a new aesthetic that showcases a reduction to the essential. Moving to an off-center dial, the Gravity Equal Force is more legible to maximize the user experience for discerning collectors.

The Armin Strom Gravity Equal Force is the first model of the new System 78 Collection. It features a stainless steel case and is priced at CHF 16,900.