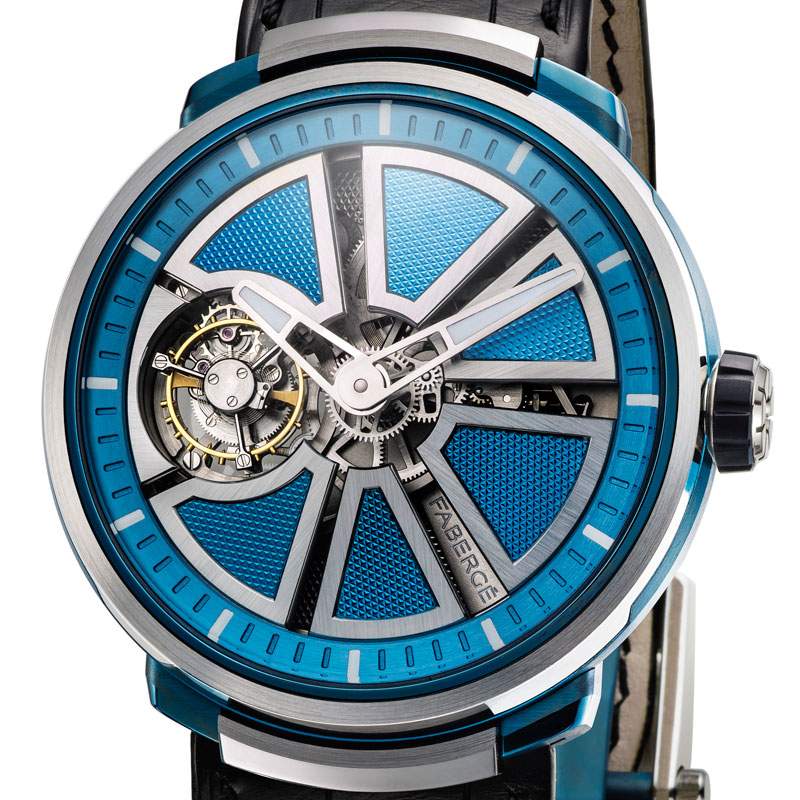 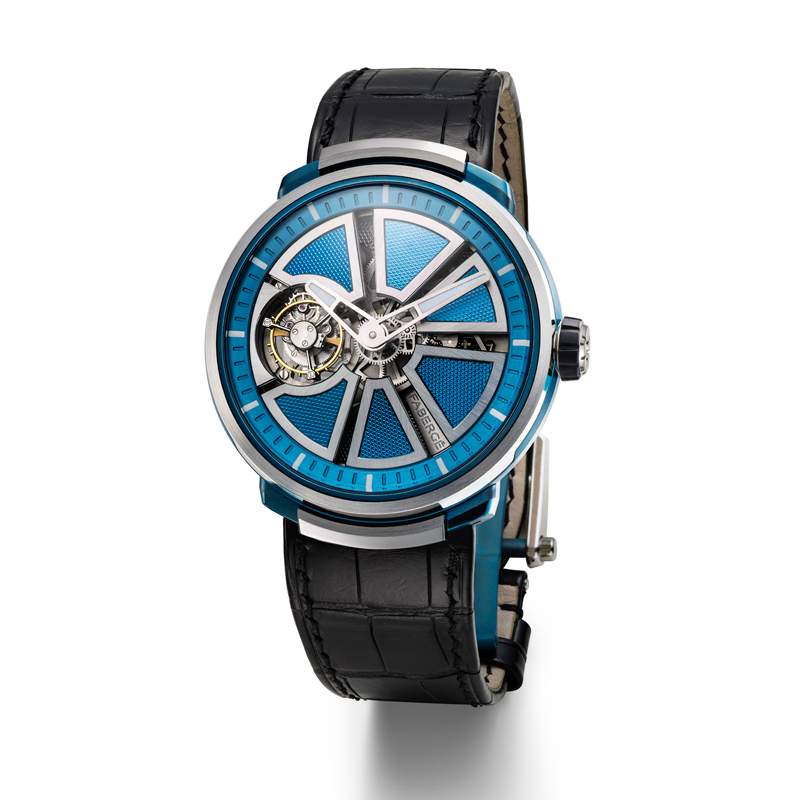 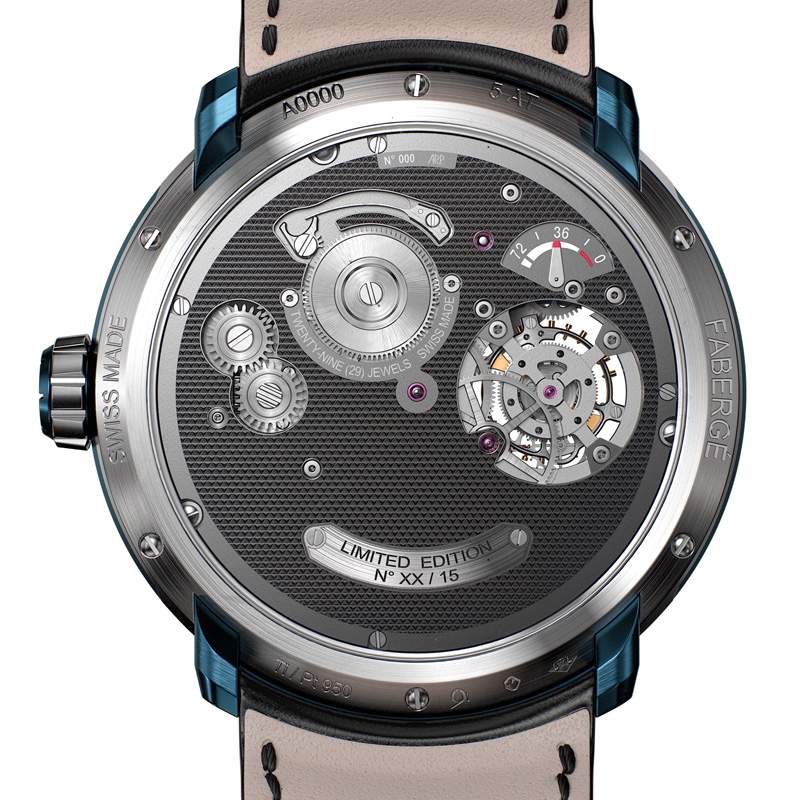 Fabergé is a brand whose history is steeped in the tradition of exquisite artistry, always pushing the boundaries of creativity and craftsmanship.

The new Visionnaire I is Fabergé’s first contemporary Haute Horlogerie watch for men. Designed and produced exclusively for Fabergé by workshop APRP, this manually wound flying tourbillon follows the same design and production principles as the works of Peter Carl Fabergé himself. The Fabergé Visionnaire I combines a powerful visual identity, technical mastery and most importantly, an element of discovery between and beneath the seven inclined trapezes of the dial. Fabergé branding, for instance, is discreetly tucked between the blades at five o’clock whilst other elements of the movement can be glimpsed between the other segments. The blades themselves form a three dimensional rosette that dominates the centre of the watch whilst the minute track transitions cleanly into the case. The flying tourbillon, the beating heart of this marvellous creation, is presented cleanly at nine o’clock highlighting the true mastery of this horological complication.

The Fabergé Visionnaire I, produced in Platinum and blue-treated titanium is made in a Limited Edition of 15 pieces.