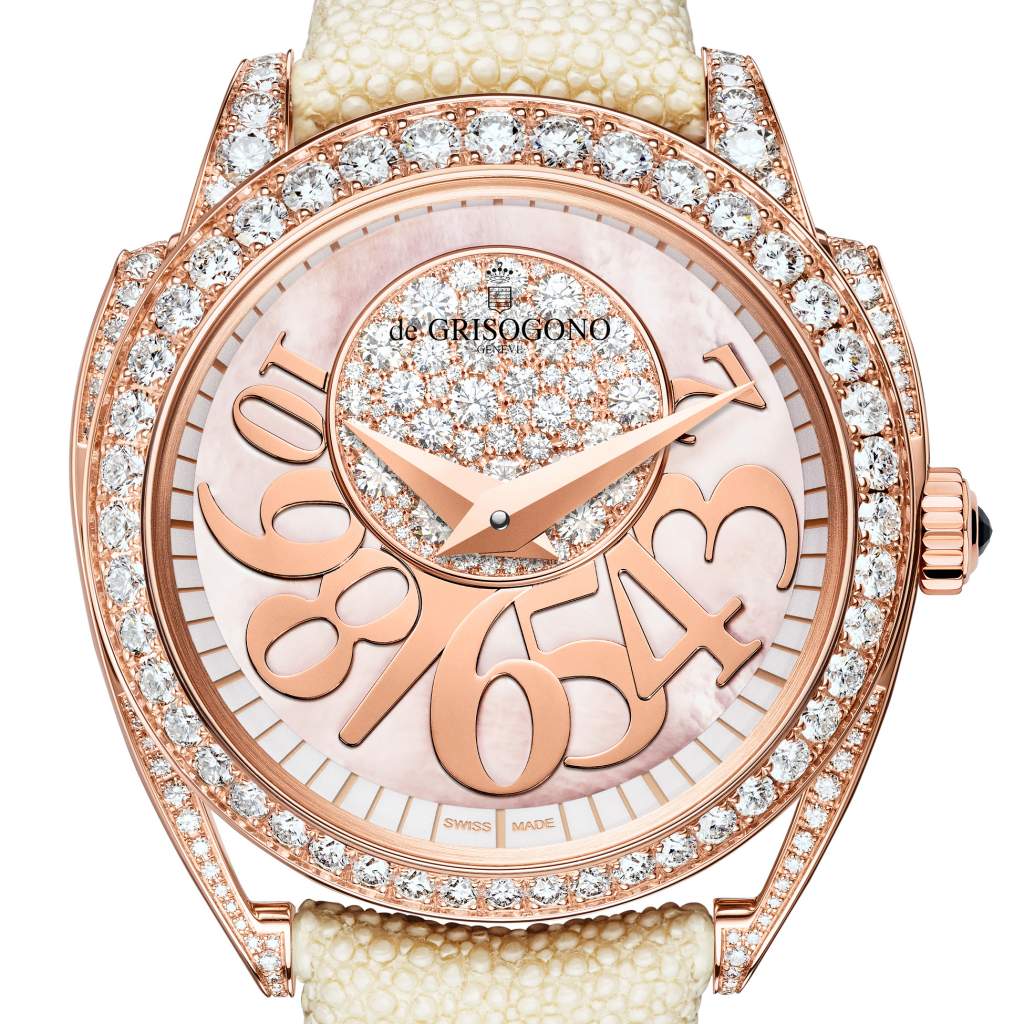 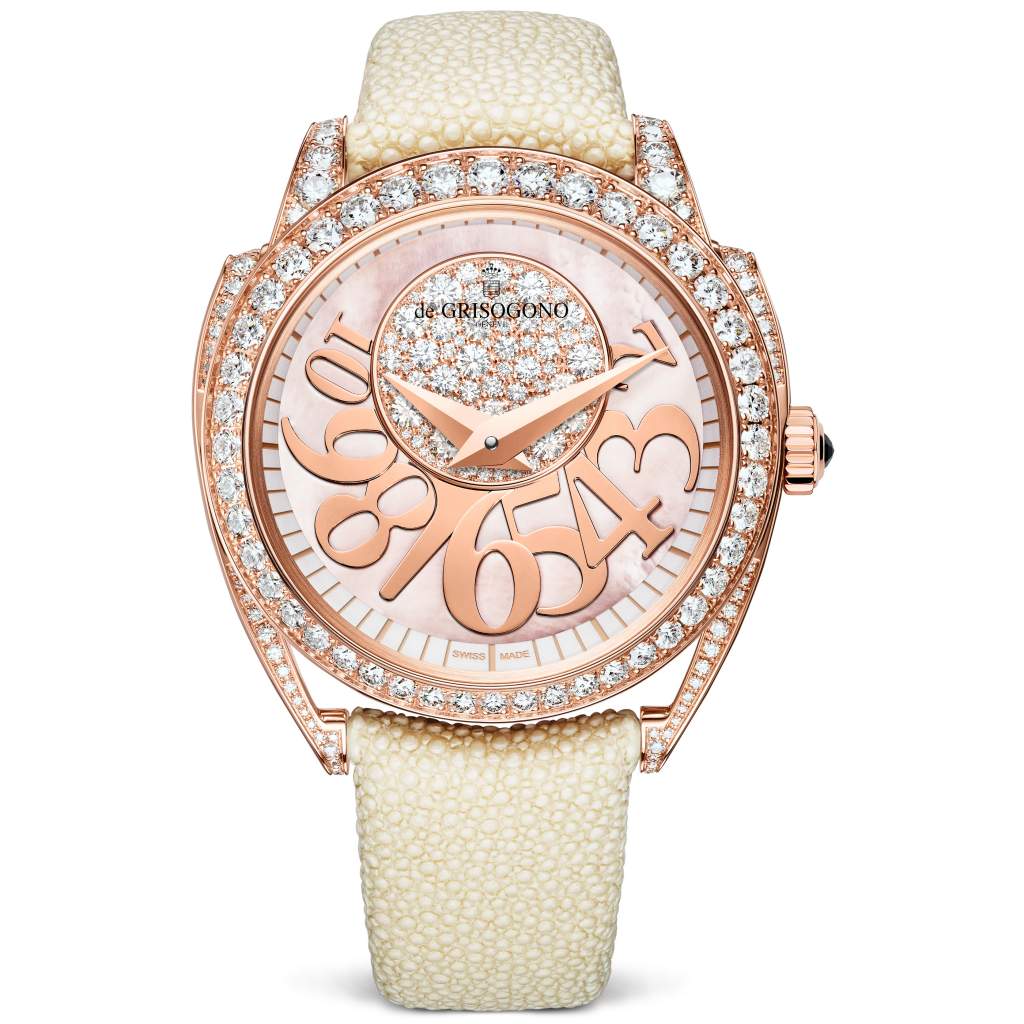 The singular lines of this extravagant and original model have exercised a unique appeal ever since it was first introduced. Its secret lies in an unmistakably de GRISOGONO aesthetic, embodying all the distinctive signatures reflecting the emblematic style of the Geneva jeweller through every aspect of the case and dial, lugs and crown, stylised Arabic numerals and galuchat strap. Once again, de GRISOGONO offers a new take on the apparent simplicity of a traditional shape, transcended by the creative momentum and vision of Fawaz Gruosi.

Its name – ECCENTRICA – evokes its exuberant and original character, its resolutely contemporary architecture, its singular and extraordinary nature. A nonconformist and harmoniously elegant aesthetic to be worn at all times. A subtle play on volume and perspectives reveals an architecture that is all about symmetry and asymmetry, based on a succession of off-centred circles with varying diameters elegantly nested to create a triple-level dial construction.

In this fresh interpretation, the dial and its bevelled inner bezel ring appear for the first time clothed in mother-of-pearl. Asymmetry also finds its way into its subtly graduated bezel gemsetting of imposing diamonds – with a single row of 116 diamonds totalling 3.10 carats. The stylised Arabic numerals generously deploy their unusual shapes in a fascinating dance of time. The offset 12 o’clock subdial shines with the radiance of snowsetting – boldly flaunting 74 generous brilliant-cut diamonds and delicately framed by a gold ring.

This watch is equally appearing in white gold with mother-of-pearl perfectly matching its metallic gleam; or attired in pink gold with mother-of-pearl in soft nude tones. The signature de GRISOGONO black diamond adorns the crown of this distinctive timepiece that remains singular right the way through to its movement, as a jewellery watch beating to the tune of a mechanical self-winding calibre bearing a contrasting black PVD finish and openworked with de GRISOGONO volutes.

Displaying its impetuous character and audacious nature on the wrist, this is a model designed to flaunt even the most extravagant aspects of the wearer’s personality.