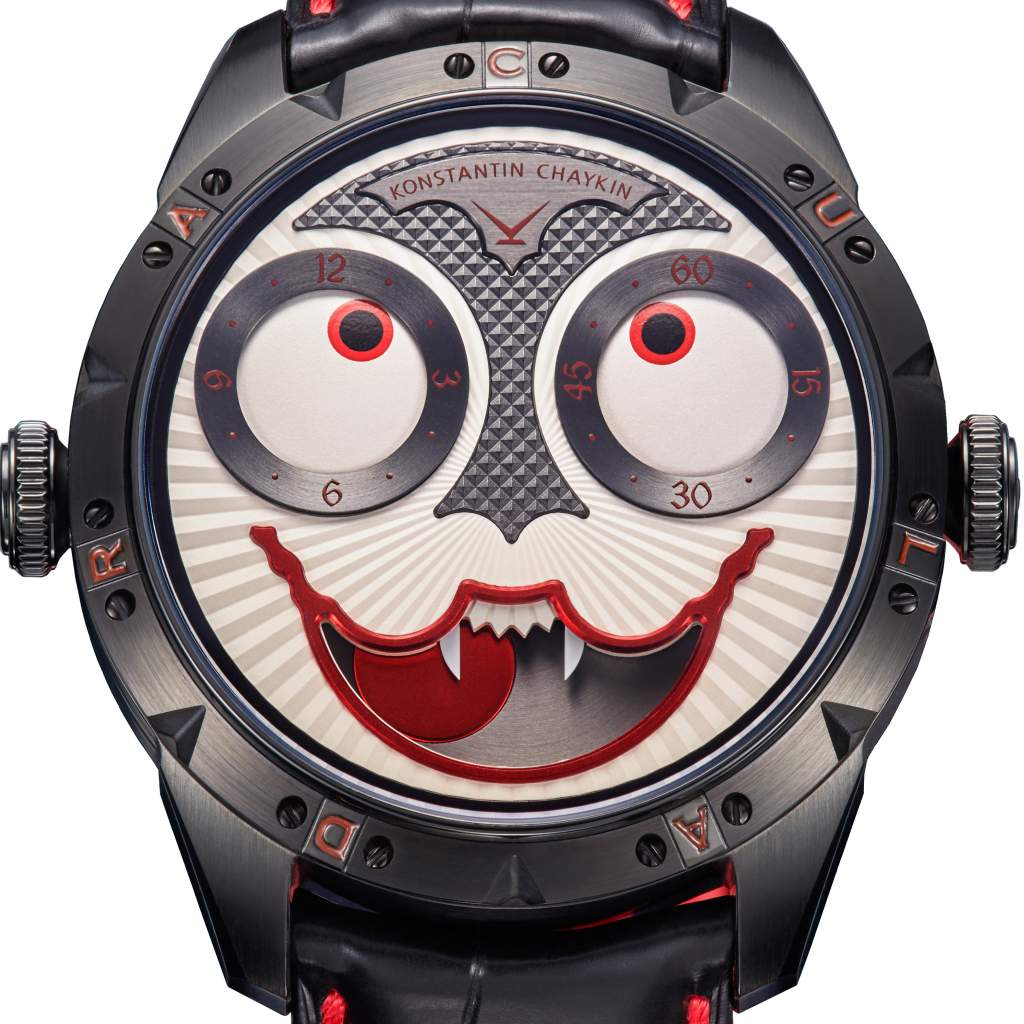 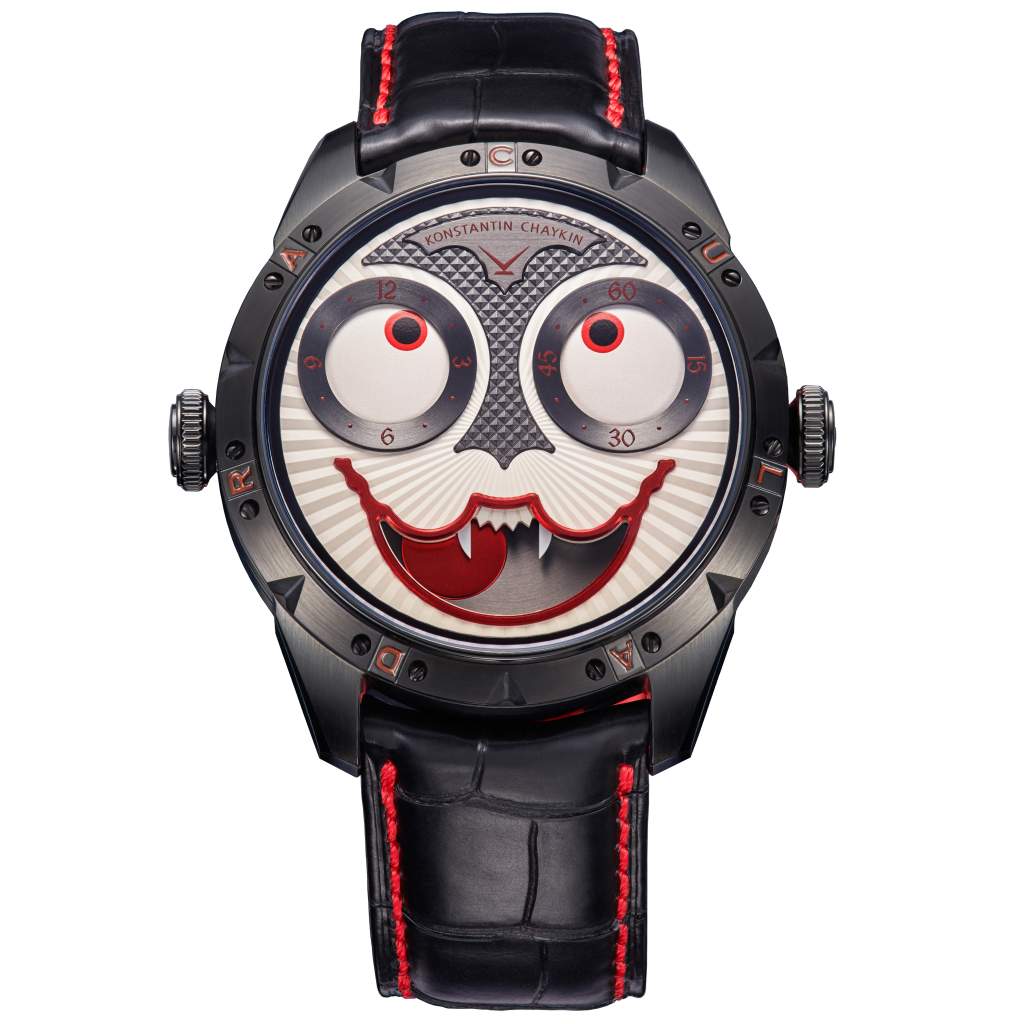 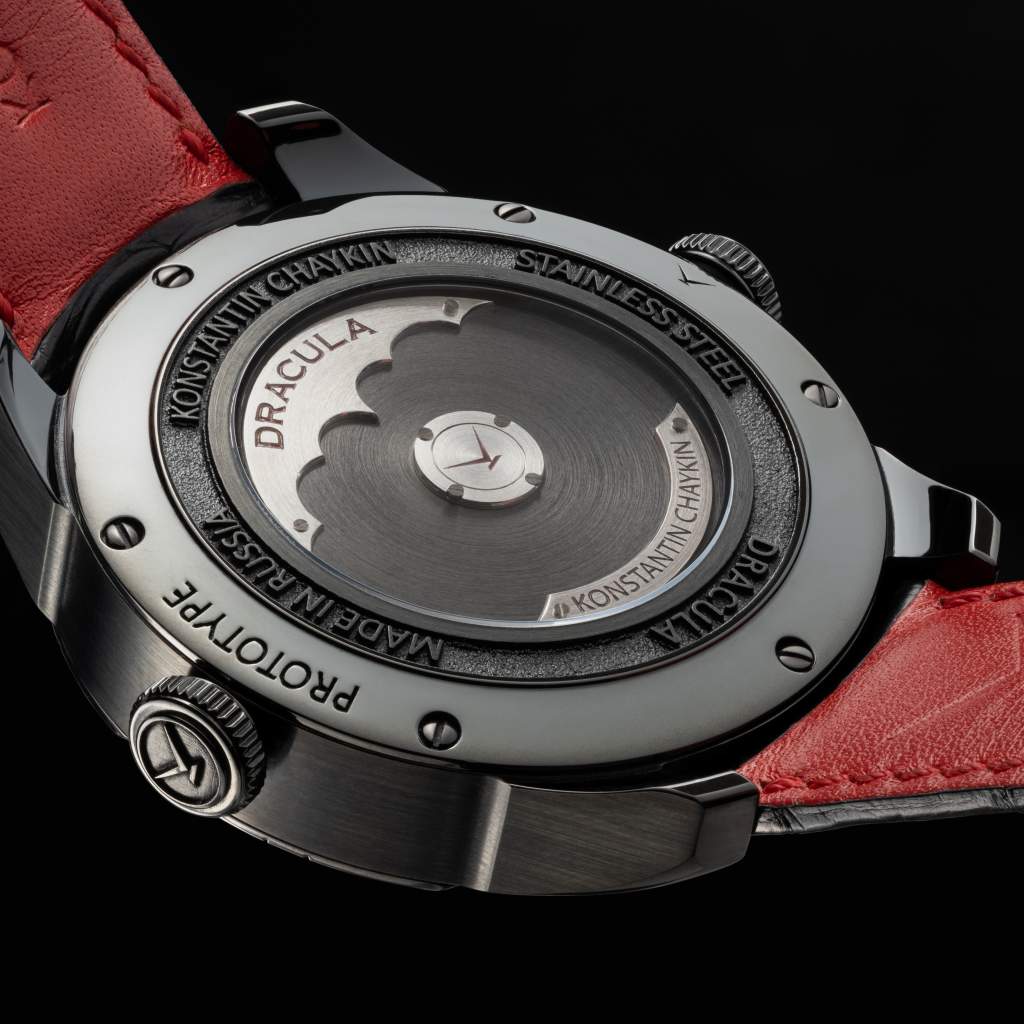 Once again the Joker watch has shown its incredible ability to reincarnate, the ability it has possessed from its birth.

Dracula is not simply the new face of the Joker watch design - a new caliber, equipped with a more complicated version of the original indication module, has been specially developed for it. Dracula’s fangs are in fact a night indicator. They start growing only at night – from 22:00 – and after achieving their maximum length by midnight, hide between 6:00 and 8:00... until the next night comes. The indication module of the Dracula watch is more complex than the previous Joker version, using 16 additional parts, while the dial is twice as complex.

The series is extremely limited – only 13 pieces in a black PVD-coated stainless steel case. We can only imagine the dragon that gave the nickname “Dracula” to Wallachian Prince Vlad the Impaler, who lived in the 15th Century, or the dragon on the reverse of the extremely rare Hungarian royal coins minted by Prince Vlad’s father... but we can touch and feel it on the case back engraved in relief around a sapphire window.