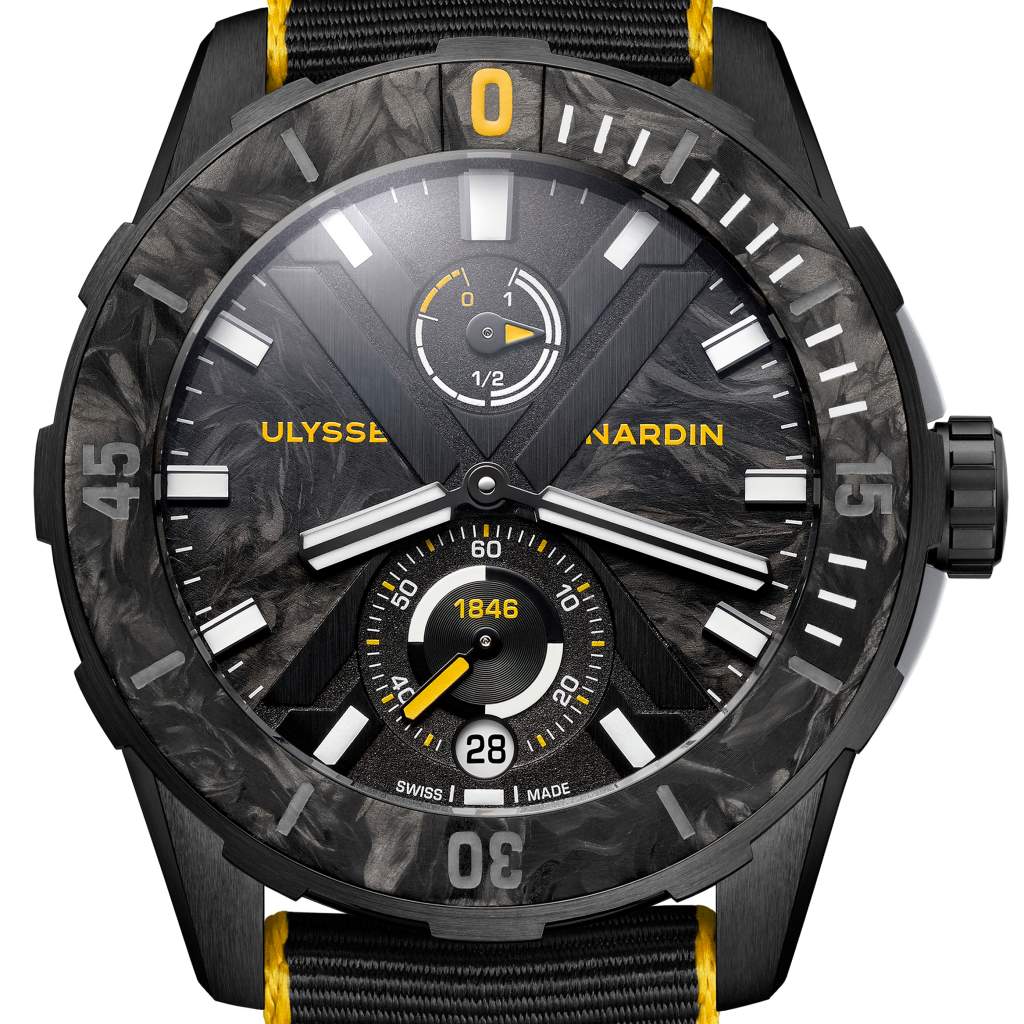 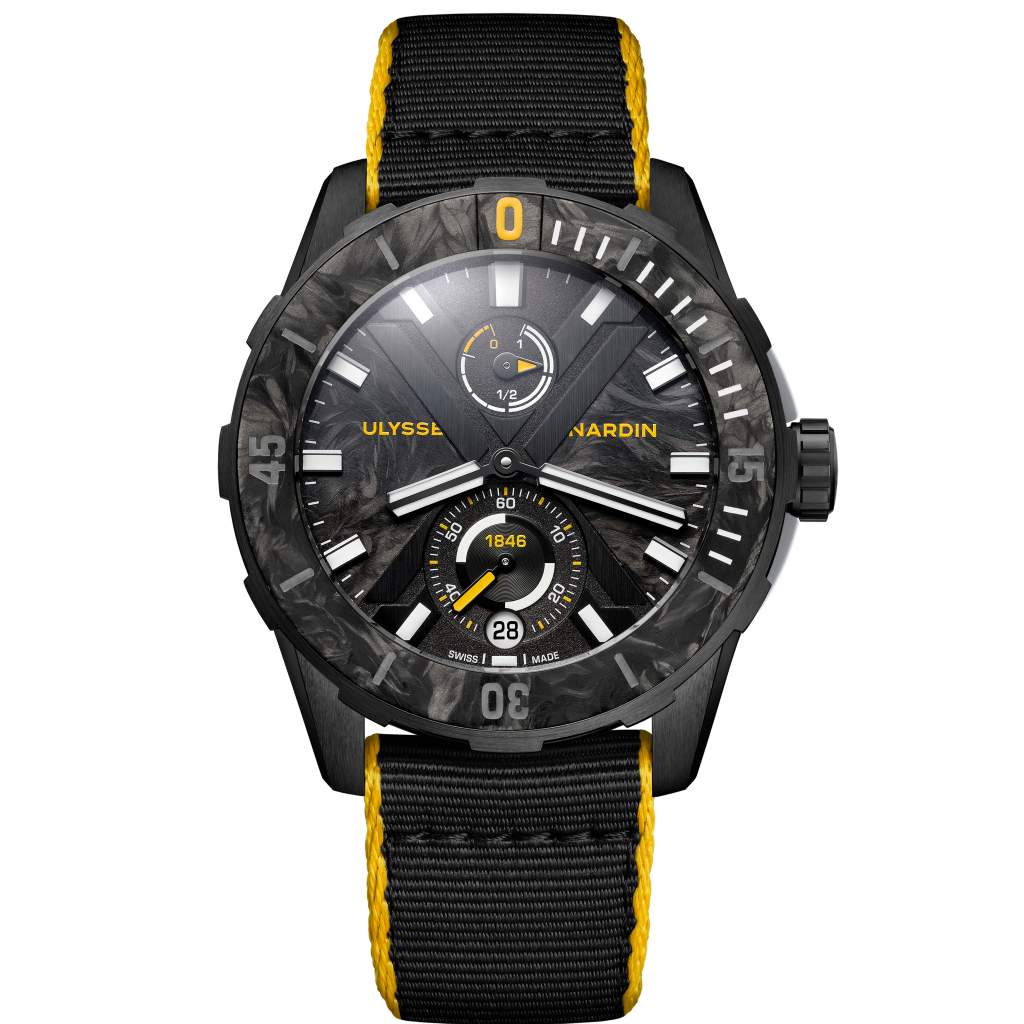 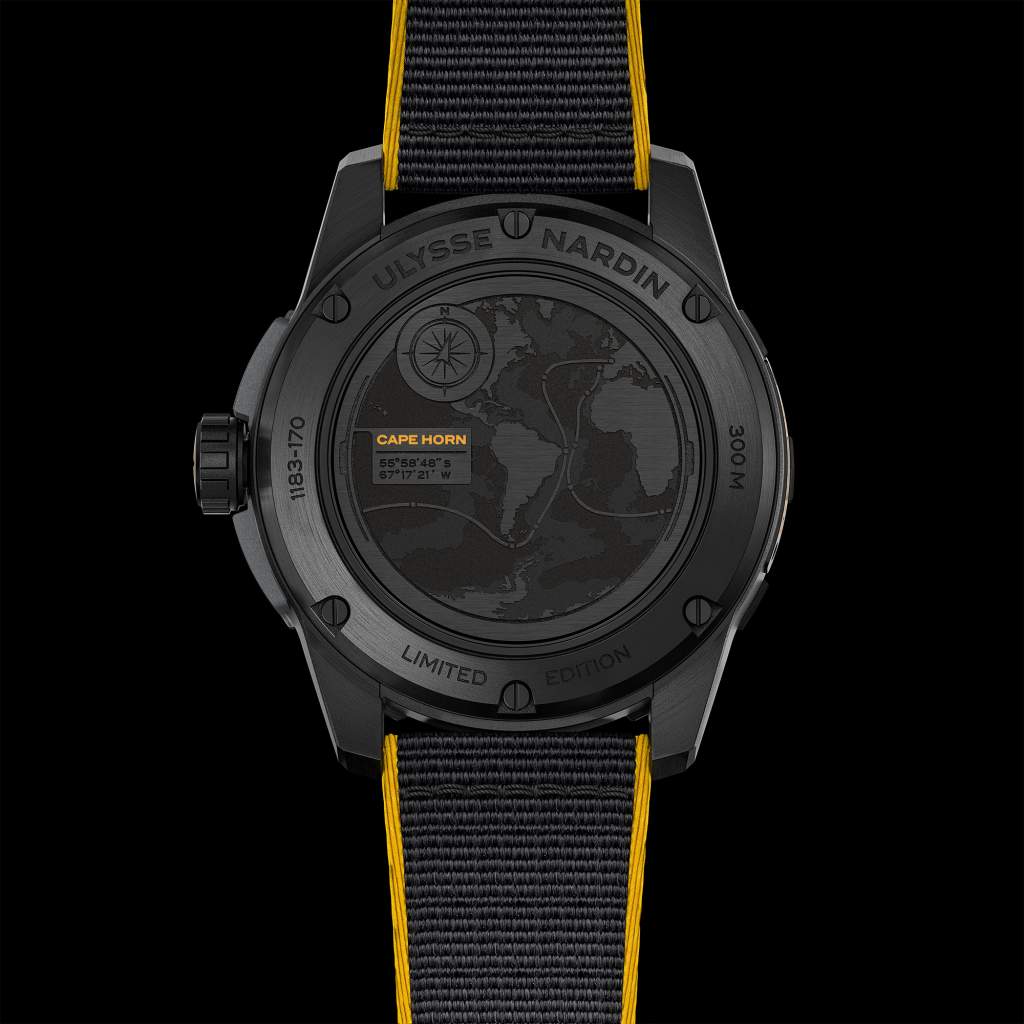 DIVER X CAPE HORN: A TIMEPIECE FOR THE EVEREST OF THE SEAS

THE TOUGHEST WATCH FOR THE MOST MERCILESS CHALLENGE: THE VENDEE GLOBE RACE

The Vendée Globe is the world’s most daunting open-ocean race and Ulysse Nardin has risen to the challenge by creating the peerless Diver X Cape Horn.

In the spirit that unites Ulysse Nardin with the explorers and fearless adventurers of the world, the Swiss manufacture, located in Le Locle near Neuchatel, has partnered with the Vendée Globe to sponsor the world’s most challenging sailing race. UN has created the DIVER X CAPE HORN – a watch bringing the X-factor to tackle world’s roughest seas - in honor of the sailors who choose to risk everything by taking this daunting, dangerous challenge.

The ultimate test in ocean racing, the Vendée Globe begins and ends in the Sables d’Olonne, in the Vendée region of France. Competed without any support, stops or technical assistance of any kind, skippers face icy cold conditions, mountainous waves, leaden skies and howling gales as they traverse the Atlantic and Southern Oceans to sail solo around the planet’s roughest seas.  Taking place once every four years, the course – often referred to as the “Everest of the Seas” - takes the monohull yachts from the French coast 40,075 kilometers on a north-south trajectory around the circumference of the Earth. To limit the risk of encounters with icebergs, the Race Direction has established a zone prohibited to sailing, called the Antarctic Exclusion Zone (AEZ) which goes around the Antarctic between the 45° on the Croset Islands side and the 68° S off Cape Horn.

The next Vendée Globe race begins on November 8, 2020 and will mark 30 years since the first challenge and Ulysse Nardin will be the official timekeeper.

“This is not a race for those who doubt themselves”, says Patrick Pruniaux, CEO of Ulysse Nardin. “This is a challenge for modern-day Ulysses who believe that they will be able to confront themselves, their fears and nature’s strongest forces in order to complete an Odyssey of epic proportions.”

"We are delighted to welcome Ulysse Nardin as Official Timer of the Vendée Globe 2020-2021. This pioneering brand of Swiss Haute Horlogerie has been built internationally in connection with the nautical world. It is therefore natural that the Vendée Globe, the international reference for solo offshore racing, and Uysse Nardin have come together to found this partnership for the next edition.” Said Yves Auvinet, President of Vendée Globe.

Cape Horn, one of the land points the Vendée Globe sailors must pass by on their voyage around the world, is one of the most treacherous routes. As they navigate around the southernmost tip of Chile, skippers face icebergs, violent winds and dangerous currents, making this one of the most confrontational chapters in the renowned round-the-world race. As they circumnavigate the globe, the passage around Cape Horn is one of the most harrowing because, as the point at which the Pacific and Atlantic oceans meet, nature unleashes an array of furies, each more precarious than the next. The geographical coordinates of Cape Horn as well as the route of the Vendée Globe race are stamped on the back of each watch.

With its saffron burnt orange stitching on the strap to recall the Spice Route or the harrowing trip around Tierra del Fuego, carbon bezel and instantly recognizable “X” on the face, the Ulysse Nardin Diver X CAPE HORN - the official watch of the Vendée Globe - will be issued in a limited edition of 300 pieces only. Its UN-118 movement guarantees accuracy in any hemisphere at any time of the day or night. The fabric strap is made from cutting-edge technology closing scratch: adjustable yet light, this material pairs magnificently with the ultra-light, carbon face. The satin black “X” is boldly stamped 6-12 in relief across the face.

About Ulysse Nardin – Manufacture of Freedom

Ulysse Nardin is the Pioneering Manufacture inspired by the sea and delivering innovative timepieces to free spirits.

Founded by Mr. Ulysse Nardin in 1846 and a proud member of the global luxury group Kering since November 2014, Ulysse Nardin has written some of the finest chapters in the history of Haute Horlogerie. The company’s earliest renown came from its links to the nautical world: its marine chronometers are among the most reliable ever made, still sought by collectors around the world. A pioneer of cutting-edge technologies and the innovative use of materials like silicon, the brand is one of the few with the in-house expertise to produce its own high-precision components and movements. This exceptional level of watchmaking excellence has earned Ulysse Nardin membership in the most exclusive circle of Swiss watchmaking, the Fondation de la Haute Horlogerie. Today, from its sites in Le Locle and La Chaux-de-Fonds in Switzerland, the brand’s continuing quest for horological perfection centers around five collections: The Marine, the Diver, the Classico, the Executive and the Freak. In 2019, Ulysse Nardin introduces the X-factor in watchmaking.

To date, the Vendée Globe is the only sailing race round the world, solo, non-stop and without assistance. The event followed in the wake of the Golden Globe which had initiated the first circumnavigation of this type via the three capes (Good Hope, Leeuwin and Horn) in 1968. Twenty years later, after having won the BOC Challenge twice(solo round the world with stopovers), navigator Philippe Jeantot introduced the idea of a new race around the world, but..non-stop! The Vendée Globe race was born. On 26th November 1989, thirteen sailors took the start of the first edition which lasted over three months. Only seven returned to Les Sables d'Olonne.

The eight editions of what is now called the Everest of the seas by the public have enabled 167 contenders to take the start of this extraordinary race. Only 89 of them managed to cross the finish line. This figure alone shows the extreme difficulty of this global event in which solo racers are confronted to freezing cold, gigantic waves and heavy skies which sweep the Great South! The Vendée Globe is first and foremost a journey beyond the seas and deep down oneself… It has rewarded great sailors :TitouanLamazou in 1990, Alain Gautier in 1993, Christophe Auguin in 1997, Vincent Riou in 2005, François Gabart in 2013 and Armel LeCléac'h in 2017. The skipper from Finistère became the new record holder of the race in 74 days. Only one sailor has won it twice : Michel Desjoyeaux, in 2001 and 2009. The 9thVendée Globe will leave Les Sables d'Olonne on Sunday 8th November 2020.