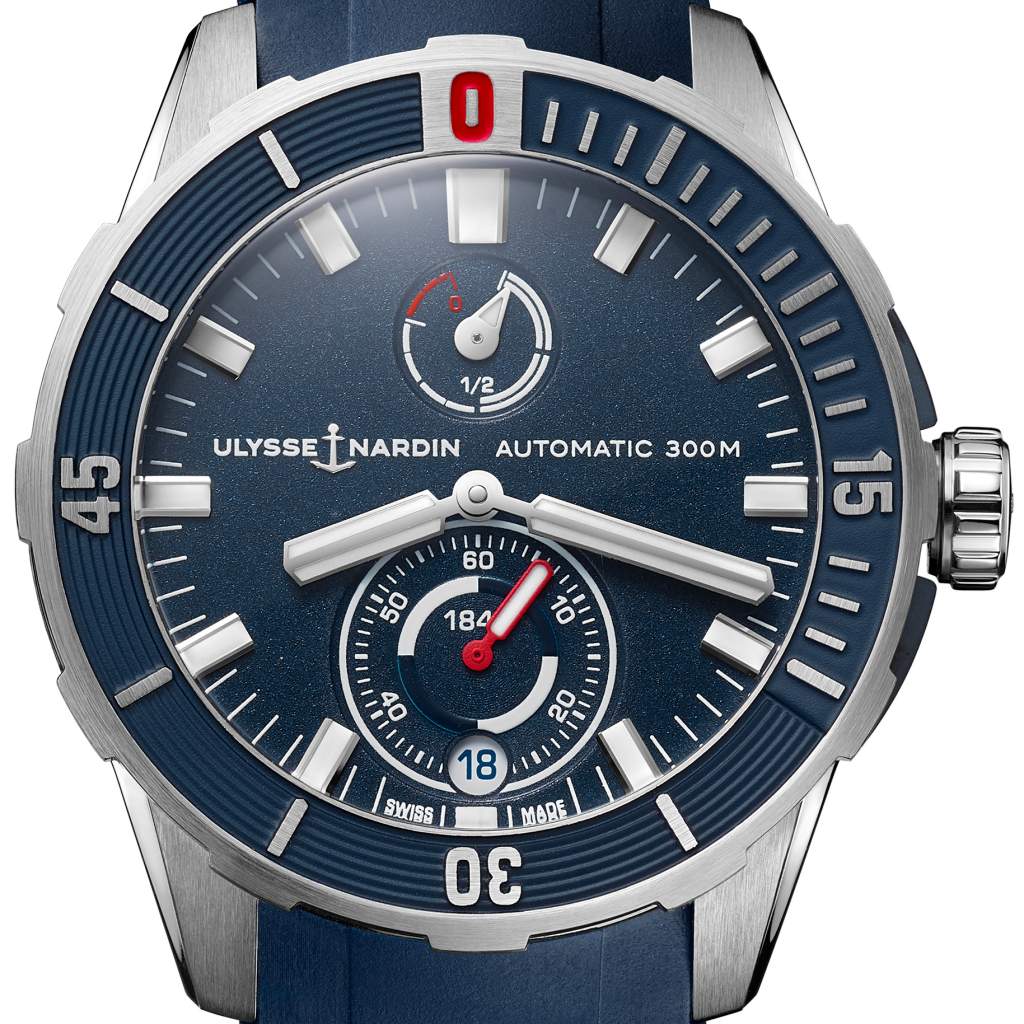 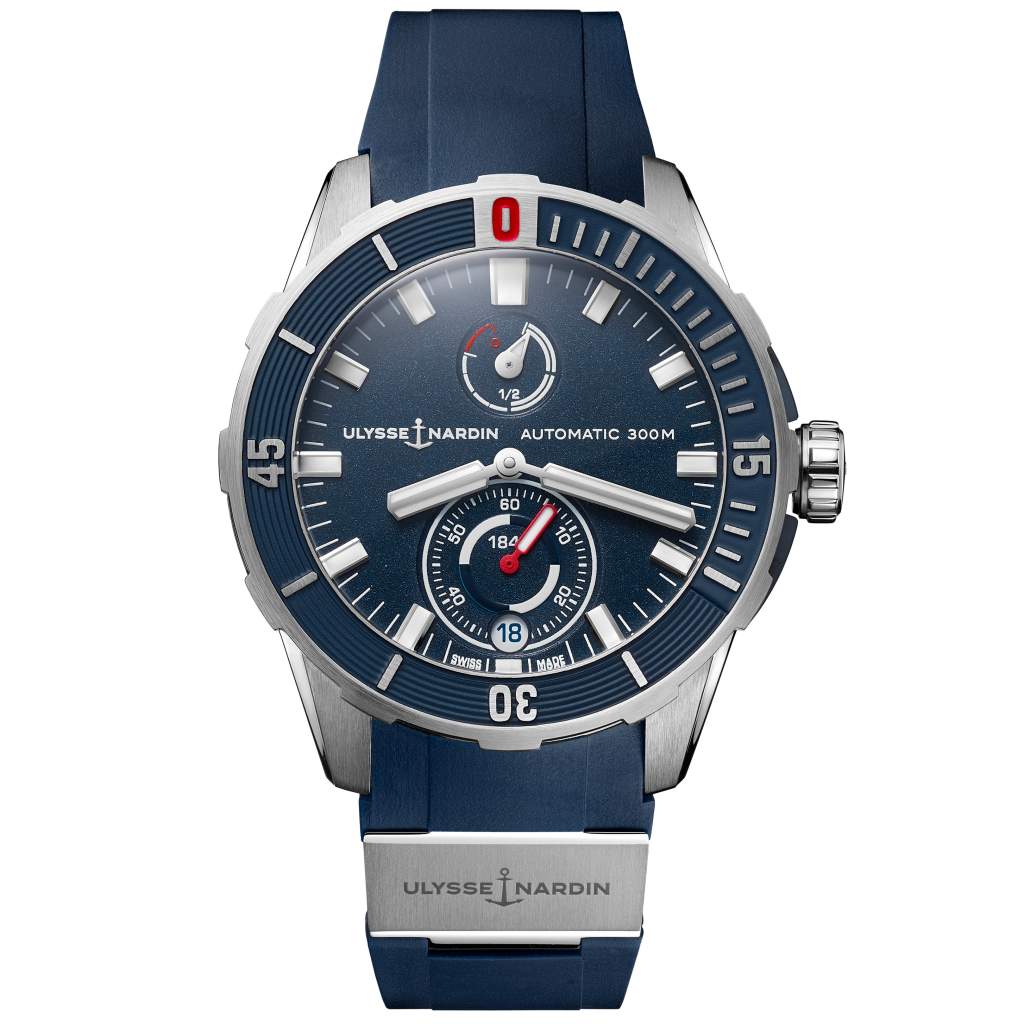 “How inappropriate to call this planet Earth when it is clearly Ocean.” - Arthur C. Clarke

Deep in the ocean where water pressure is measured in atmospheres, instruments that work well on the surface will implode. Ulysse Nardin’s Diver timepiece, the latest sports watch in its diving line, is not only an aesthetic marvel but also a robust tool for keeping time at depths where the atmospheric compression can reach more than thirty times of that at sea level.

A supernova among mere stars, the Diver redefines functional elegance with its audacious design. A div-ing watch crafted to withstand up to three hundred meters of potentially deadly water pressure, its invert-ed, concave bezel with domed sapphire glass is a breakthrough in exquisite watchmaking. The unique face heralds the mechanical marvel of the UN-118 movement with its Silicium technology - a specialty of the Manufacture - within its 44 mm case, visible through the open back. Superluminova technology on the indexes and hands makes the hours and minutes visible not only in the dark of night but also at great depths. The face is adorned with a power reserve indicator at 12 o’clock and a date and small second counter at 6 o’clock, all nestled within the rotating bezel.

The designers at Ulysse Nardin have entirely revamped the diving watch, giving the Diver a contemporary and eye-catching new appearance both outside and in. The numbers on the night blue face have been redrawn to read 0-15-30-45. Even the rubber and titanium band of the Diver has been cleverly reworked with the clasp replaced by a pin buckle and streamlined with just one easily identifiable Ulysse Nardin sig-nature logo.  The crown protectors have been replaced by sturdy, blue rubber guards.

In continuing the development of its line of dive watches, Ulysse Nardin reaffirms its position of watch-maker of the oceans.