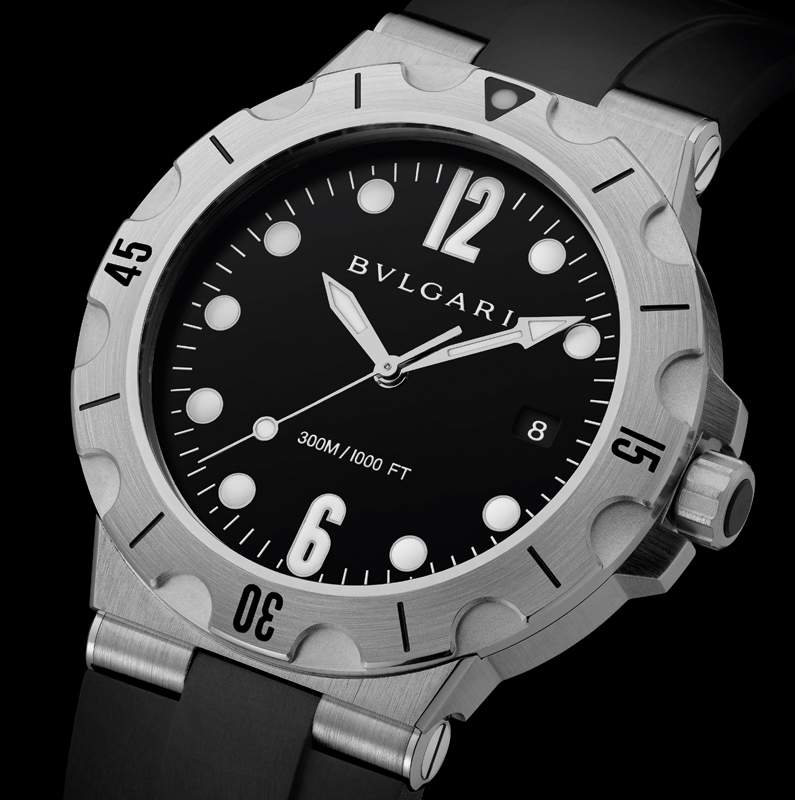 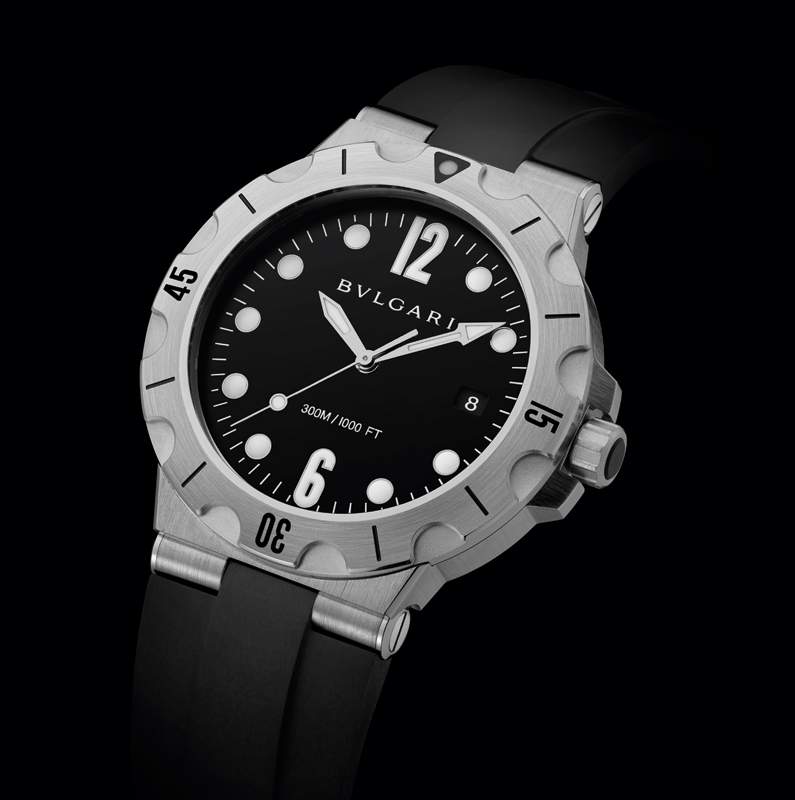 A glimpse at the watch dial is enough to open up whole new horizons. The gaze slides across the watch and, in a fraction of a second, the city gives way to a shoreline… Hectic urban reality fades into the background, replaced by happy seaside memories and a desire for great depths. Few timepieces are endowed with such strong evocative powers as the Diagono Scuba, the nautical interpretation of the Bulgari sports watch.

The adventure began in 1994 when Bulgari introduced a nautical version of its Diagono sports watch. Its style was all about pure lines dedicated to efficiency. Diagono Scuba was much more than just an alternative among sports watches, and soon became a favourite with demanding customers, supplanting other more commonplace diver’s watches.

In the privileged circles of the international nautical world, Diagono Scuba, available in gold or steel versions fitted with the astonishing and highly specific metal bracelet or on a rubber strap, easily found its place on the decks of racing sailboats or yachts on a pleasure cruises. It offered a significant advantage in that that was no need to change watch for cocktails or a dinner, since Diagono Scuba remains elegant in every circumstance, accompanying its owner on all of life’s occasions, rather than merely serving as an indicator for strictly sporting moments.

Summer 2015 sees the Diagono Scuba return to the surface. Stronger as well as more beautiful, astonishing, luxurious and modern than ever, it proclaims its heritage and makes it an asset for the future, affirming this heredity with the boldness of novelty. Bulgari presents four distinctive new versions of its iconic sports watch. Water-resistant to 300 metres, they are now equipped with the Manufacture BVL 191 Solotempo calibre.Contemporary, urban and adventurous: a sports watch does not have to skimp on style to prove its efficiency. Bulgari firmly maintains this viewpoint and once again proves its relevance with the new Diagono Scuba.