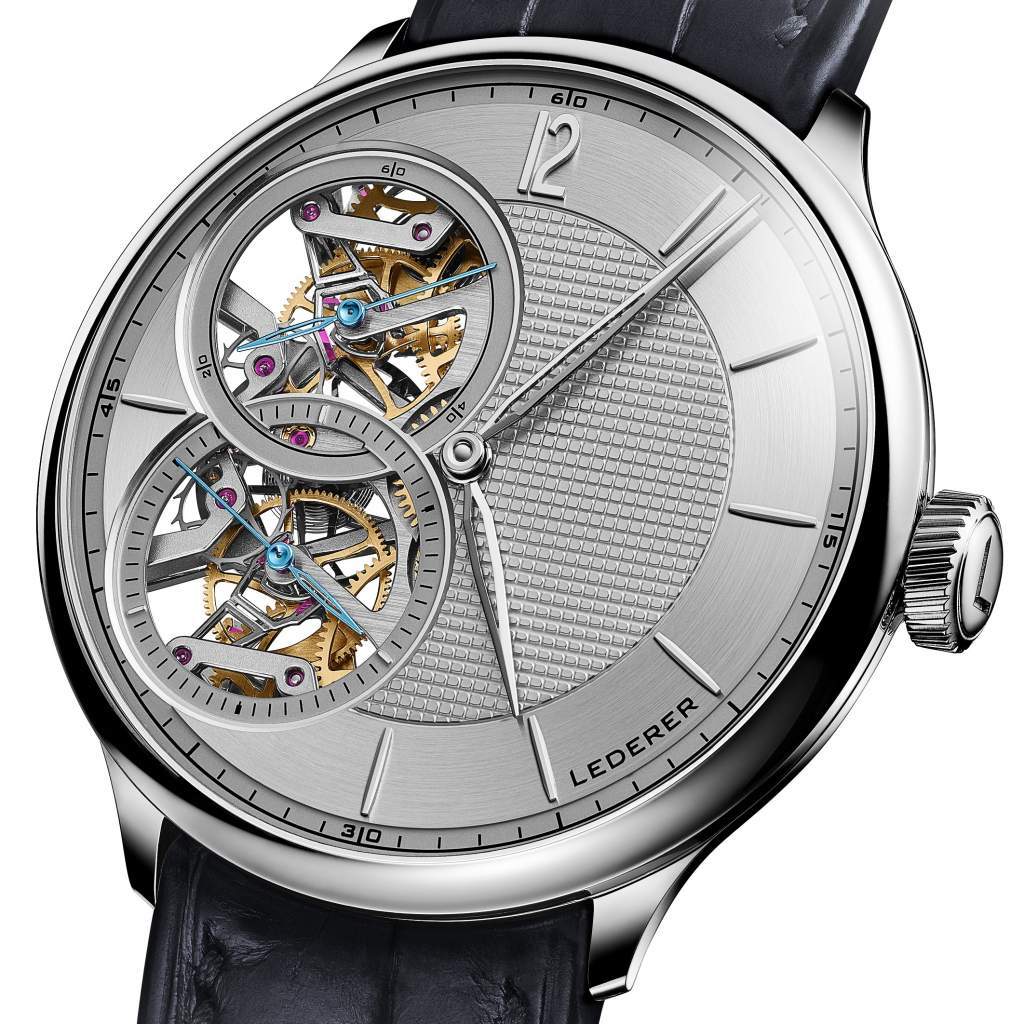 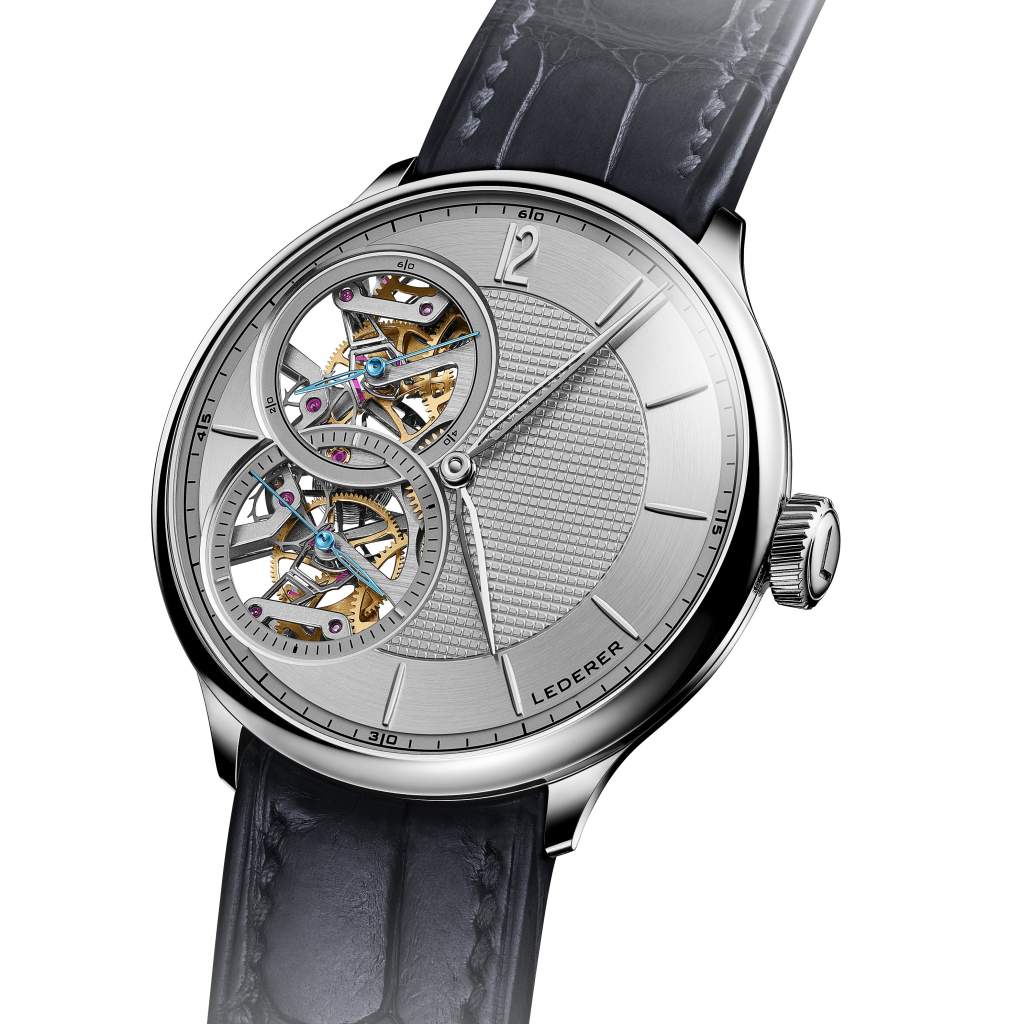 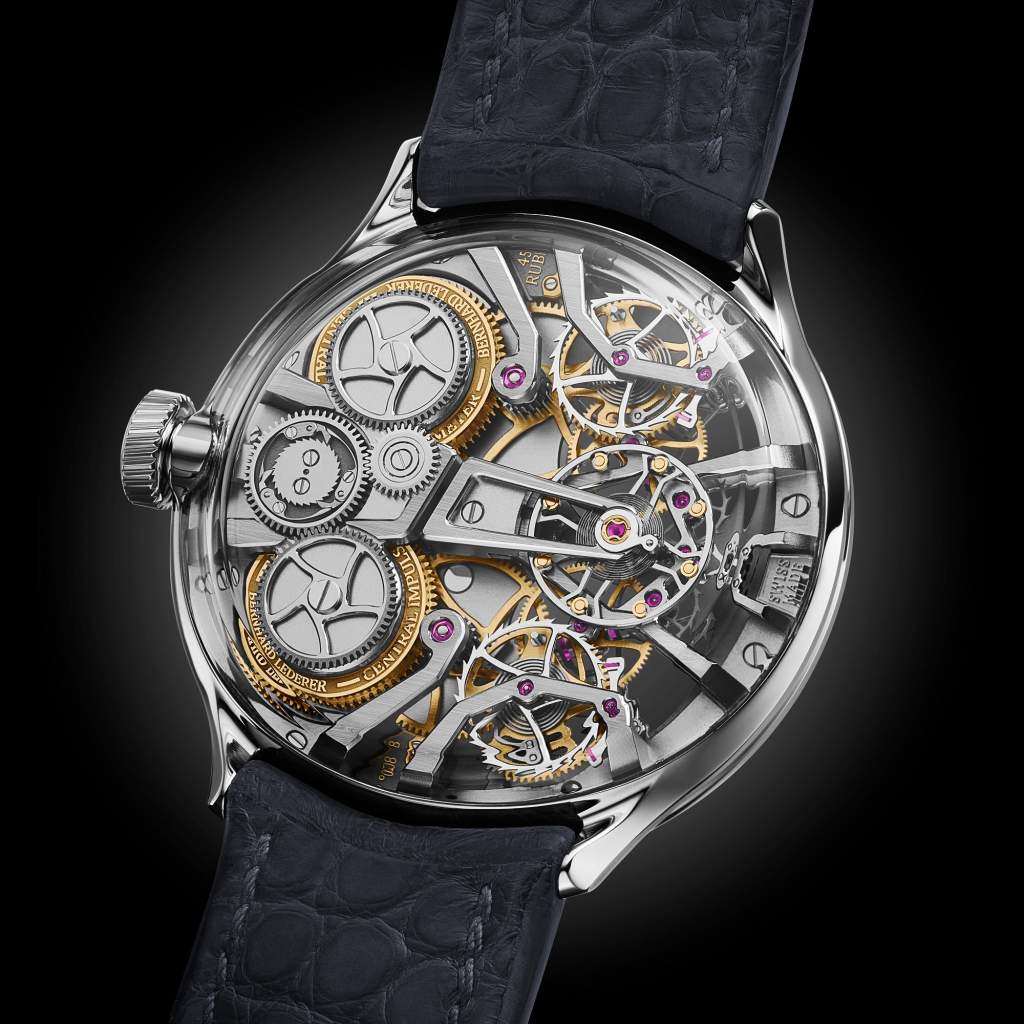 Lederer Watches' Central Impulse Chronometer is the fruit of ten years of labour from Bernhard Lederer. This refined, gray gold, 44 mm chronometer is fitted with a blue dial featuring a sophisticated pattern and two openworked small seconds. Through those, the movement's design, finishings and structure are revealed.

Calibre 9012 incorporates a double gear train, a double remontoire and a peerless escapement. Its structure is all about depth, with bridges whose shapes, volumes and outlines are unique. Some are full and engraved, others are opeworked while all of them are hand-bevelled and finished according to exacting quality standards.

The movement's structure features a single crown which leads to a pair of separate gear trains. Each has its own barrel and its own remontoire. Wound every 10 seconds, the latter provide a constant force, a perfectly even torque to the Central Impulse Chronometer escapement.

The Central Impulse Chronometer escapement is a perfected, reliable and stable version of the double direct escapement. It comprises two anchor wheels working alternately, meshing with an altogether unique anchor.

Its contour, the number and shape of its rubies, its lift angles, its gentle push on the escapement wheels and balance wheel, all of these are completely unheard of. Doubling the whole gear train (and not just the escape wheels) lightens the load on the anchor, which only has to bear the last two wheels.

The system's inertia is thus reduced to a minimum, making its acceleration all the faster, resulting in exceptional performance. A final detail reveals the level of accomplishement of the Lederer Watches Central Impulse Chronometer's calibre 9012 : its two seconds' hands are constantly synchronised and in the same position, all through the power reserve.

Calibre 9012 is certified as a chronometre by the Besançon Observatory and COSC.