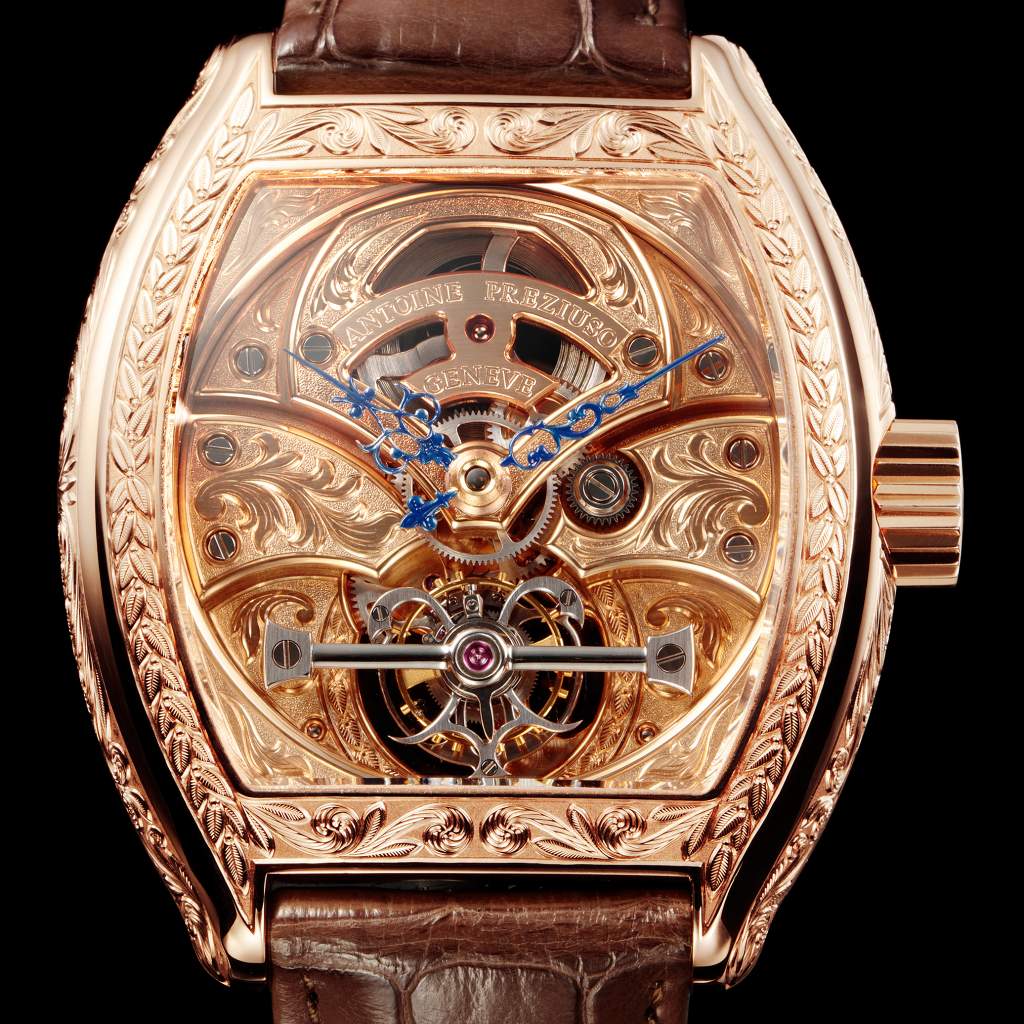 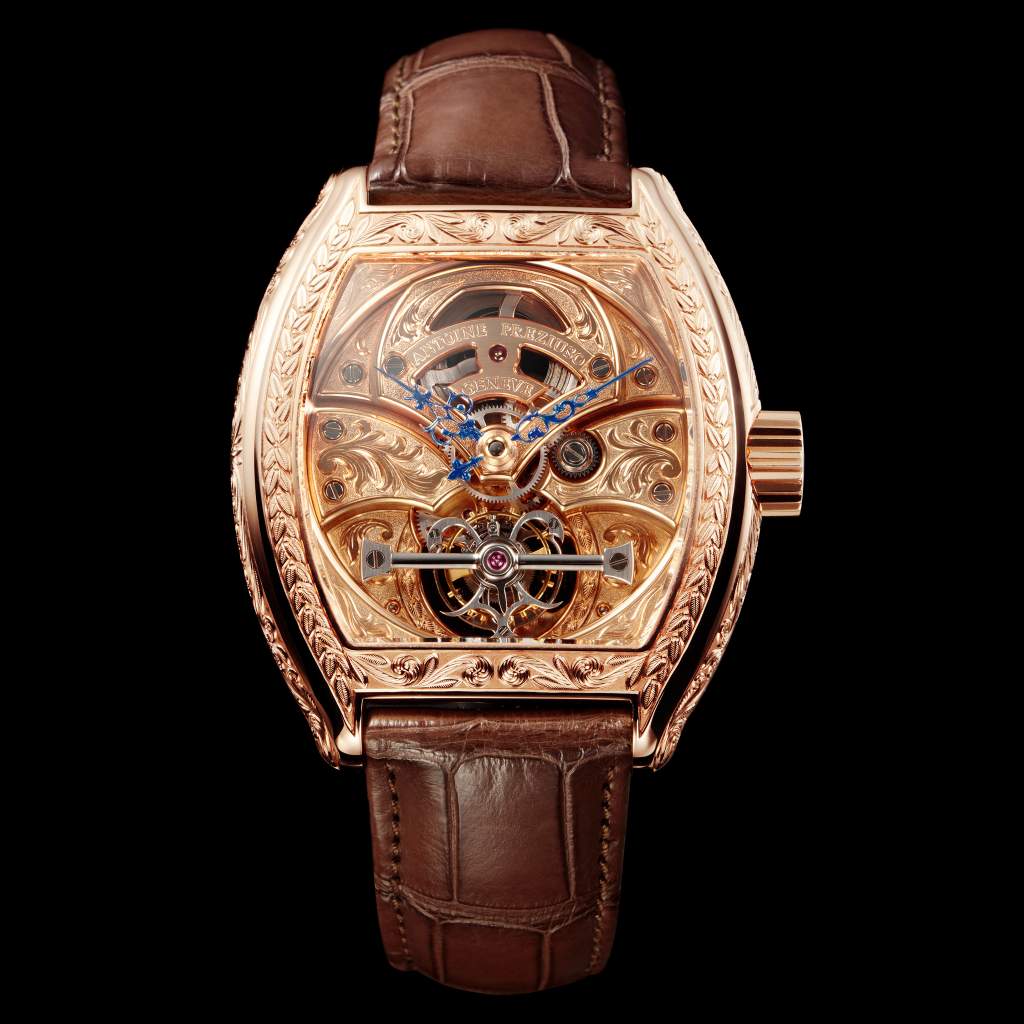 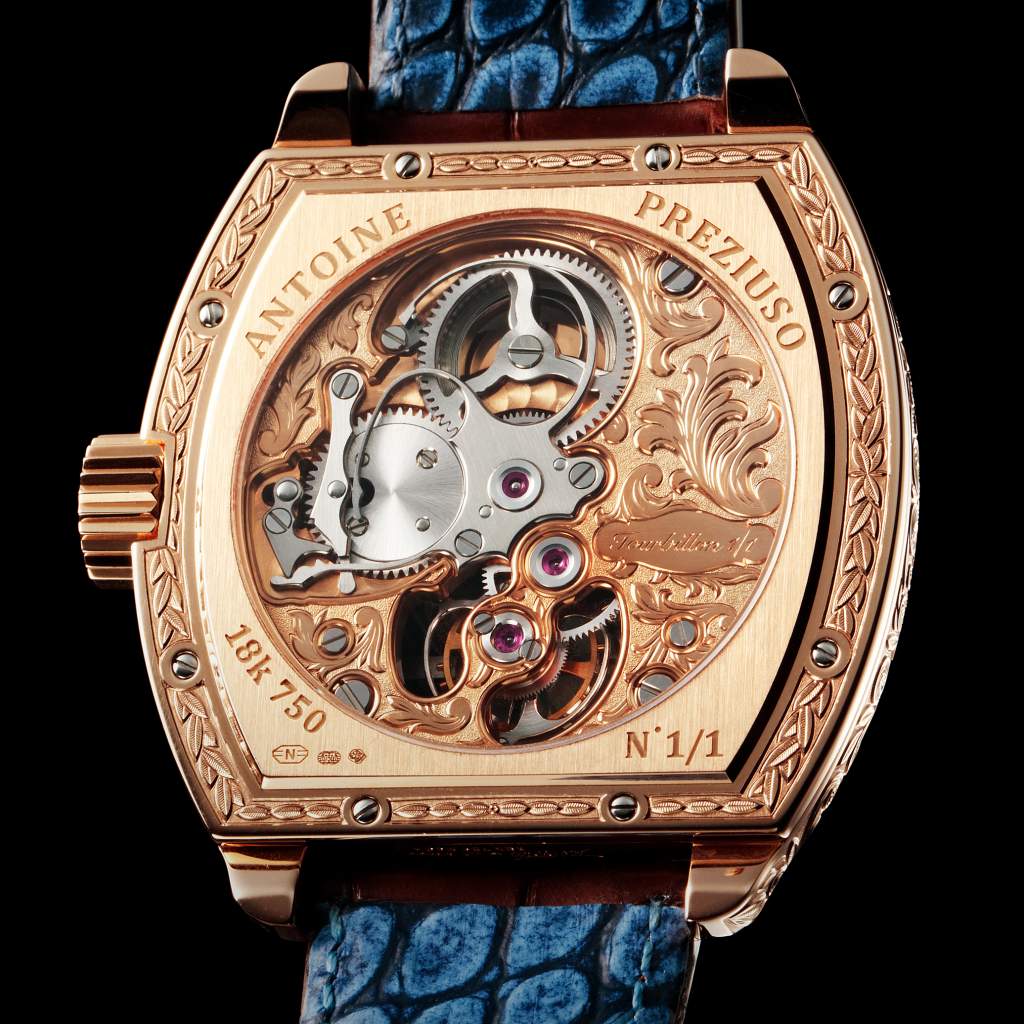 For a number of years now Antoine Preziuso’s flagship collection, The Art of Tourbillon, has been offering a journey based around a subject which was close to the heart of the famous watchmaker Abraham-Louis Breguet, with numerous unique variations such as Stardust – whose movement and case are set with 2052 diamonds – and Météor, decorated with a middle cut into a meteorite. This is the kind of feat that only Antoine Preziuso can now pull off, along with Pop Art and Pop Star.

The 2011 “vintage” sees the appearance of a new movement offering a 110-hour power reserve. The increased dimensions add to the tourbillon’s chronometric performances – each of its revolutions takes just one minute.The lack of a dial means that we can admire the newcomer Barocco to this celebrated collection. The movement decorated with engravings made in low relief entirely by hand and reproducing baroque motifs, just like its case.

Barocco this new version of the "Art of Tourbillon" collection, which has become one of the brand's icons, is equipped with a Swiss tourbillon cal APG / 28T, which each of its révolutions, only takes a minute, offering 110 hours of power reserve.