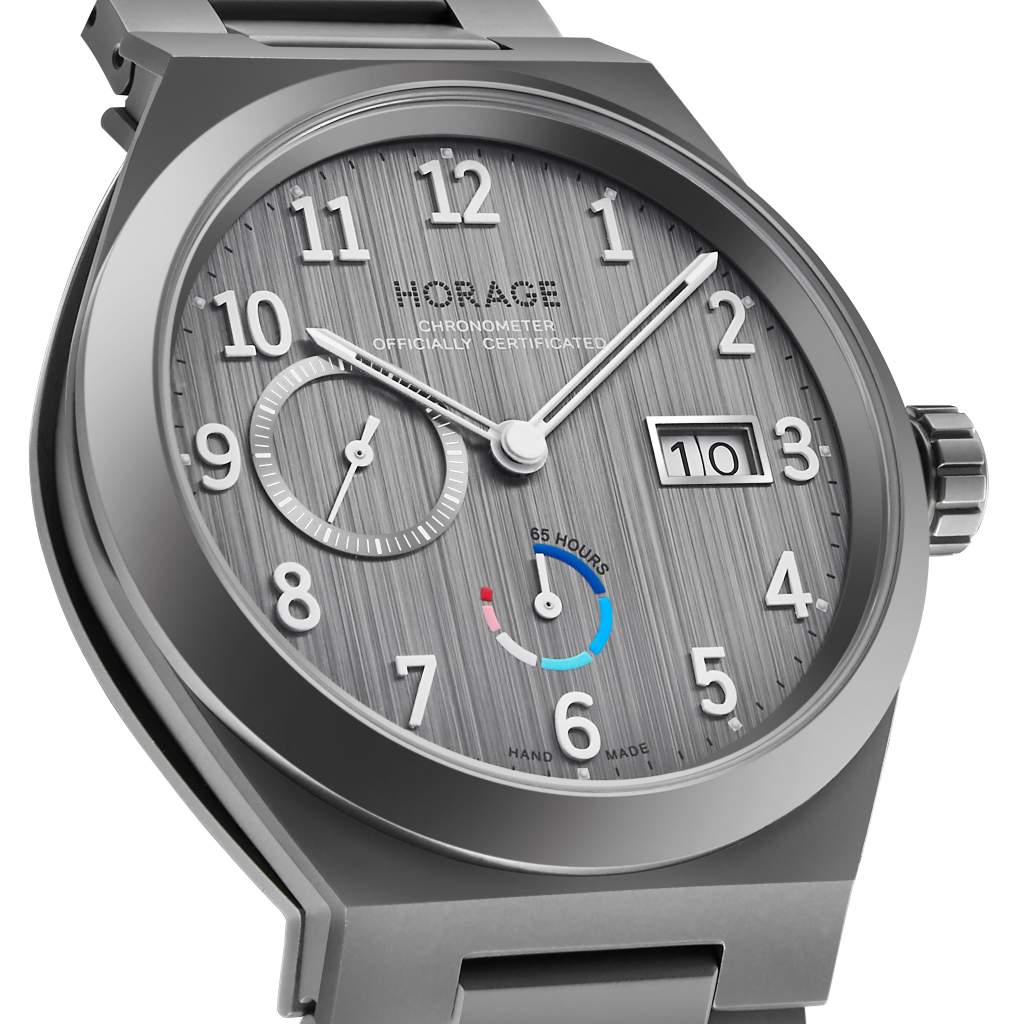 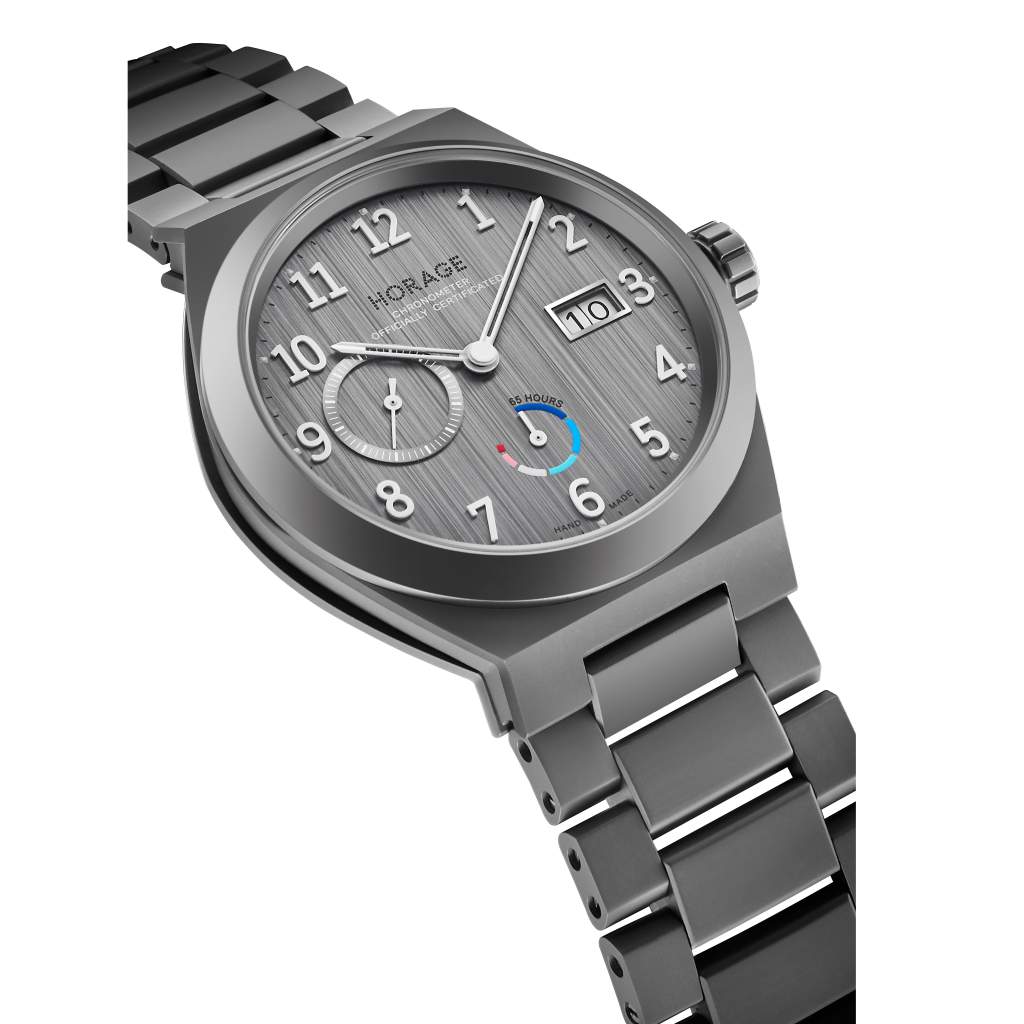 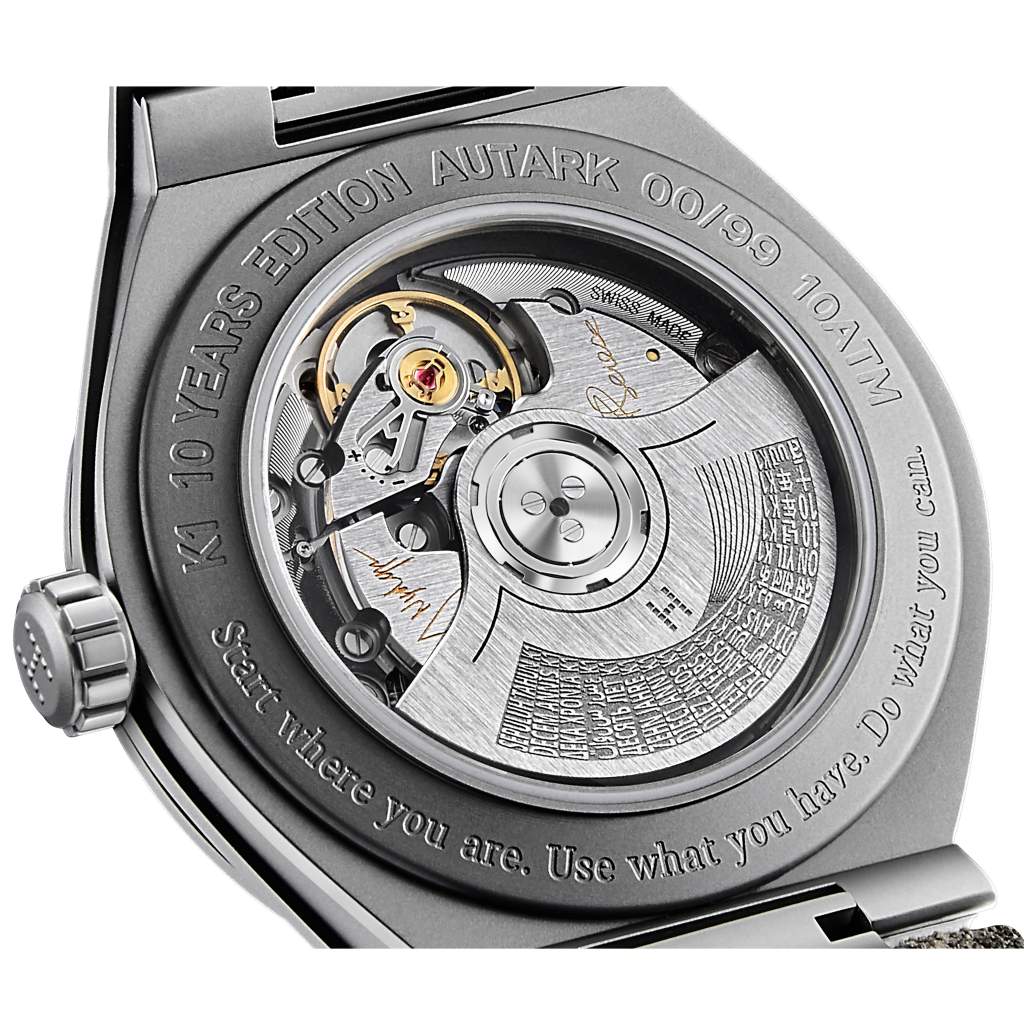 Case and bracelet are made of Titanium Grade 5, hardened to 800 HV via an oxygen infusion process which has been pioneered by HORAGE for the use in watchmaking. The special surface treatment gives it a unique grey color and velvet feel whilst remaining scratch proof. The watch only weighs 70 grams making it a preferred everyday work companion for discerning individuals with a passion for materials and mechanics.

Like all HORAGE watches, the AUTARK is based on the K1 movement. The 10-years AUTARK anniversary edition is COSC certificated and limited to 99 pieces, and honors the work of the K1-team behind this industry challenging engineering accomplishment.

The oscillating weight is executed as a tungsten mono-block design deep-engraved with the “10-years anniversary” slogan in 19 different languages. The movement carries the signatures of the leading engineers behind the creation of the K1 movement.

As the name says, this product is proof that we managed to create a high-tech premium product independent from the dominating movement and component suppliers. AUTARK speaks to consumers and retailers who favor diversity in the Swiss watch industry.

Founded in 2007 HORAGE is headquartered in Biel, Switzerland. The brand has co-developed its mechanical movement known by the name K1. With the completion of the K1 development, the brand grew through Kickstarter and successfully executed 3 campaigns. Today the entire HORAGE product line is based on the K1 movement. Additionally, in their quest to develop retail presence, HORAGE is rolling out a revolutionary Omnichannel Retail solution in cooperation with BrandCloud.

“START where you are. USE what you have. DO what you can.” (Arthur Ashe)