Arceau Into the Canadian Wild 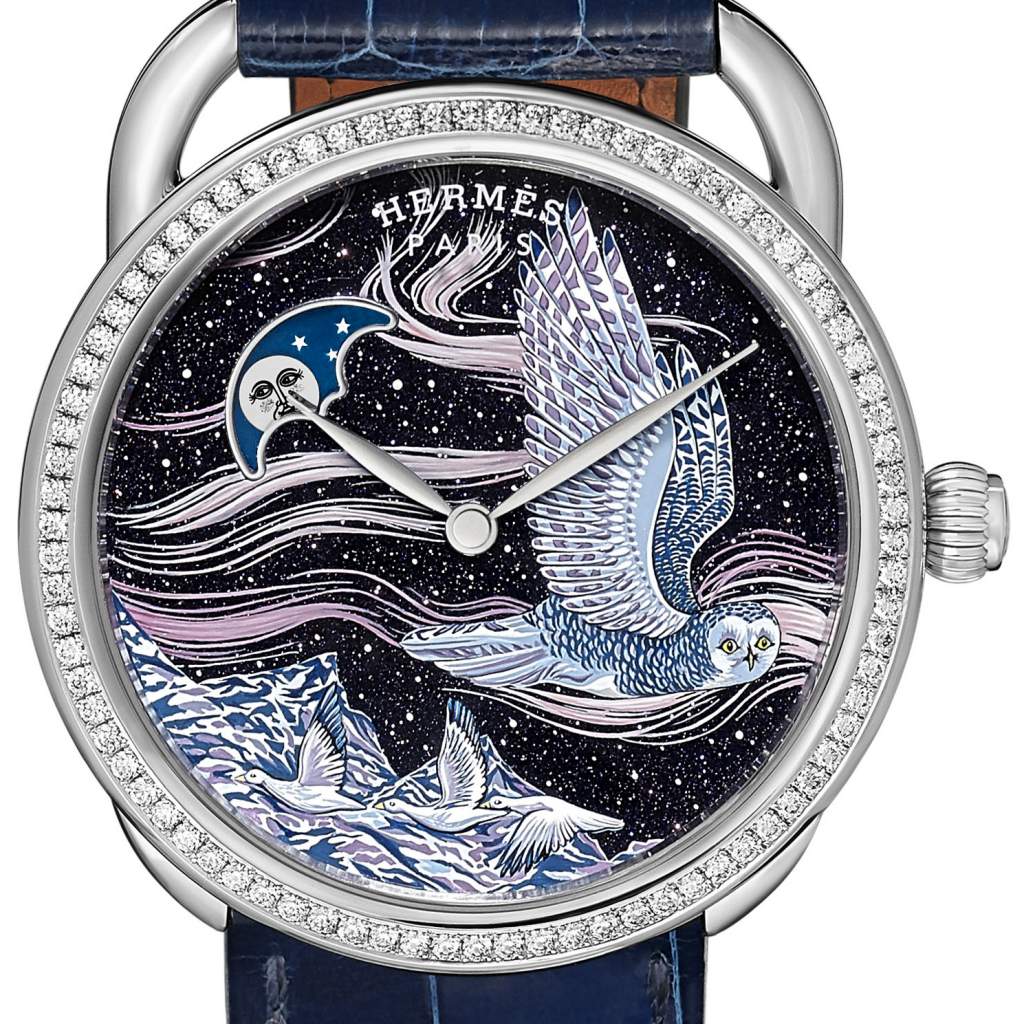 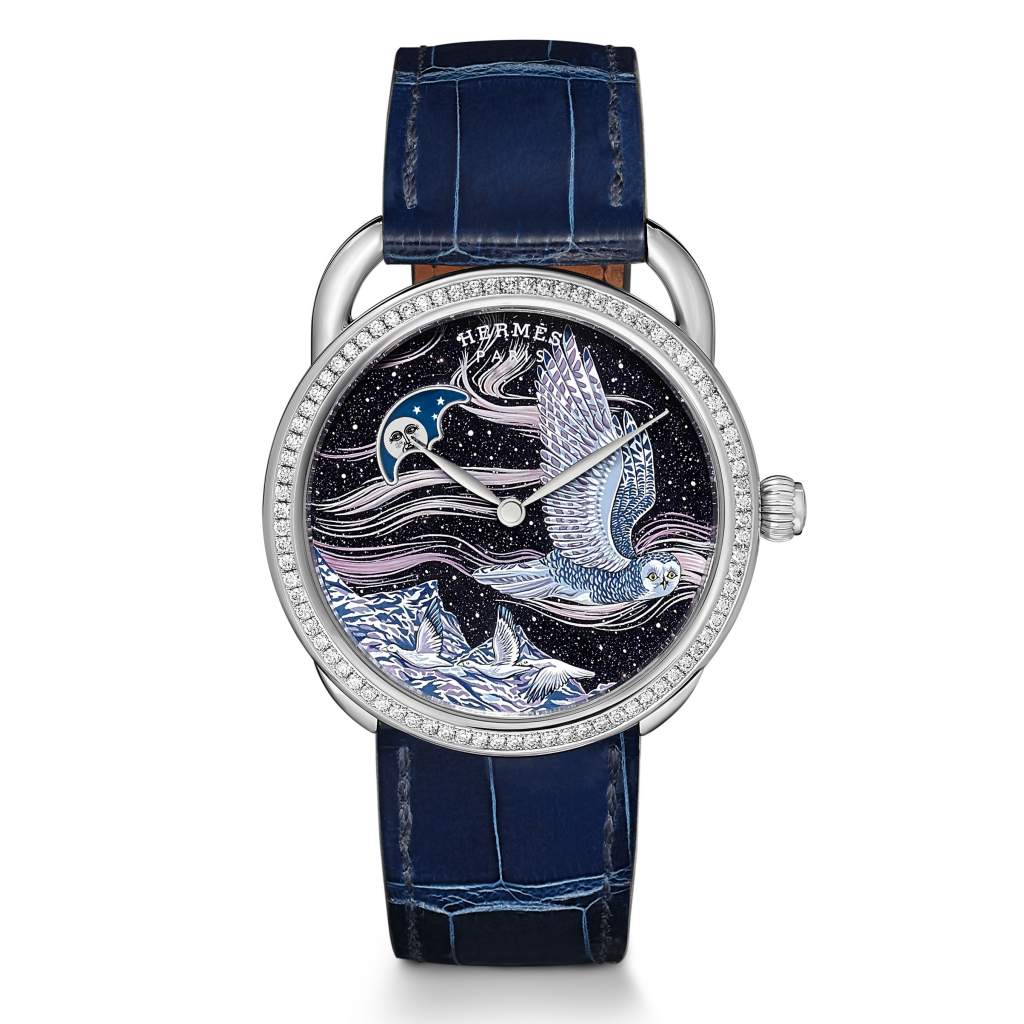 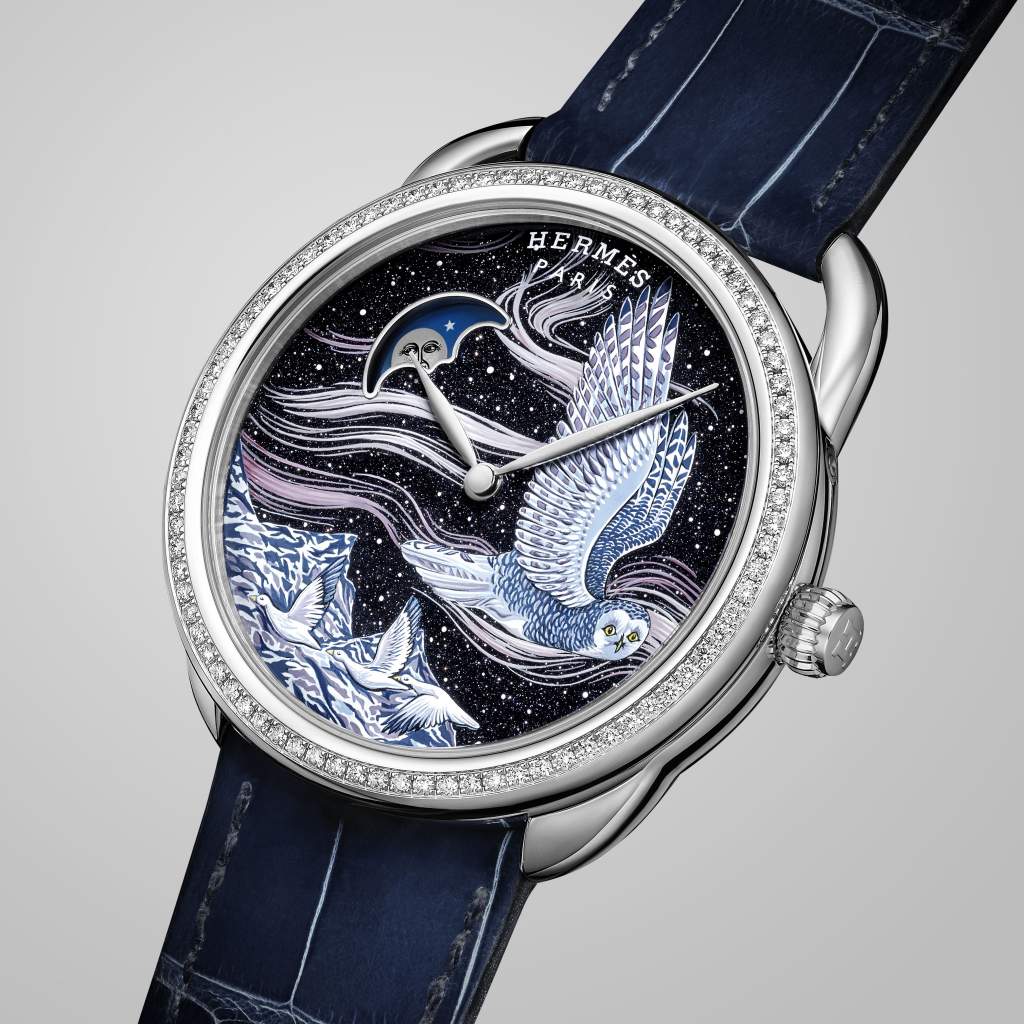 Into the Canadian Wild

The Arceau Into the Canadian Wild watch, a limited series of 24 in white gold and diamonds, captures the spirit of wild Nature on its dial. The animal theme interpreted here – a snowy owl, emblematic of Quebec, flying amid the Northern Lights (aurora borealis) – stems from the Into the Canadian Wild silk scarf designed by British artist Alice Shirley in 2017, on the occasion of Canada’s 150th  anniversary.

The artisan devotes more than a week per dial to accomplishing this miniature work, tracing the contours of the motif on the glittering aventurine base, before placing it in the kiln to fire it in place. The different volumes of the landscapes and animals are then formed by means of successive layers of paint alternating with successive firings. The major requirement of such a work lies in the miniaturisation of a drawing with multiple volumes, tones and subtle details.

Combining watchmaking and craftsmanship, the Arceau Into the Canadian Wild watch is powered by a mechanical self-winding Hermès movement. It displays hours and minutes, along with a moon phase. An elegant white gold case set with 82 diamonds frames the hand-crafted dial and is complemented by a smooth sapphire blue alligator strap, also made by the Hermès Horloger artisans.