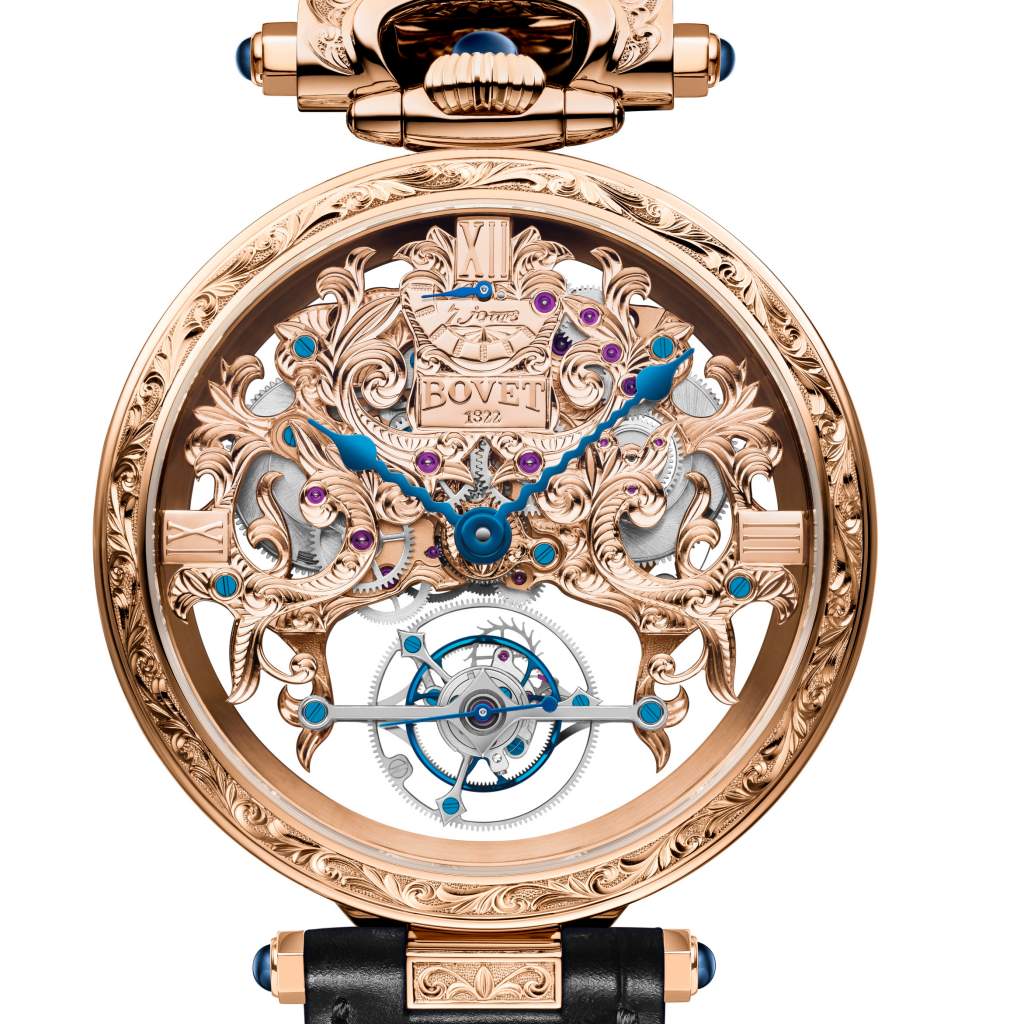 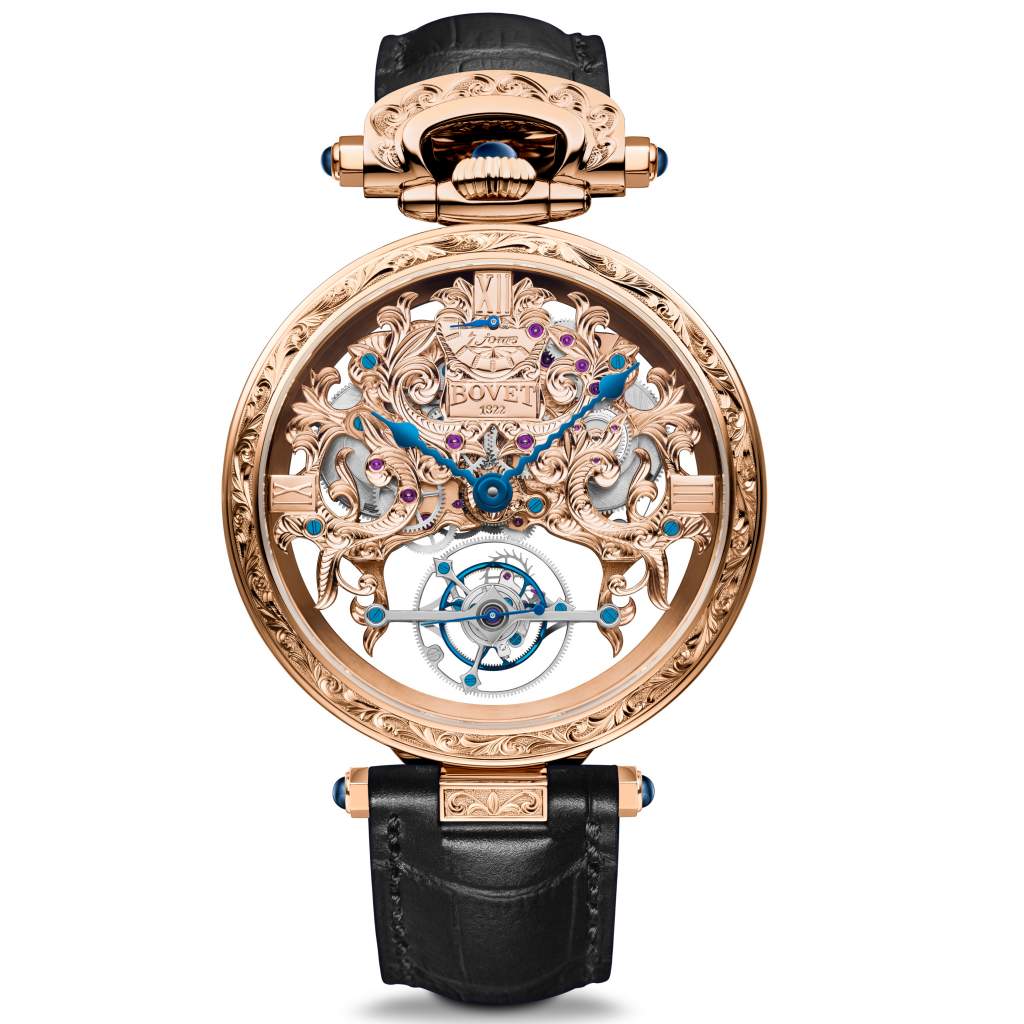 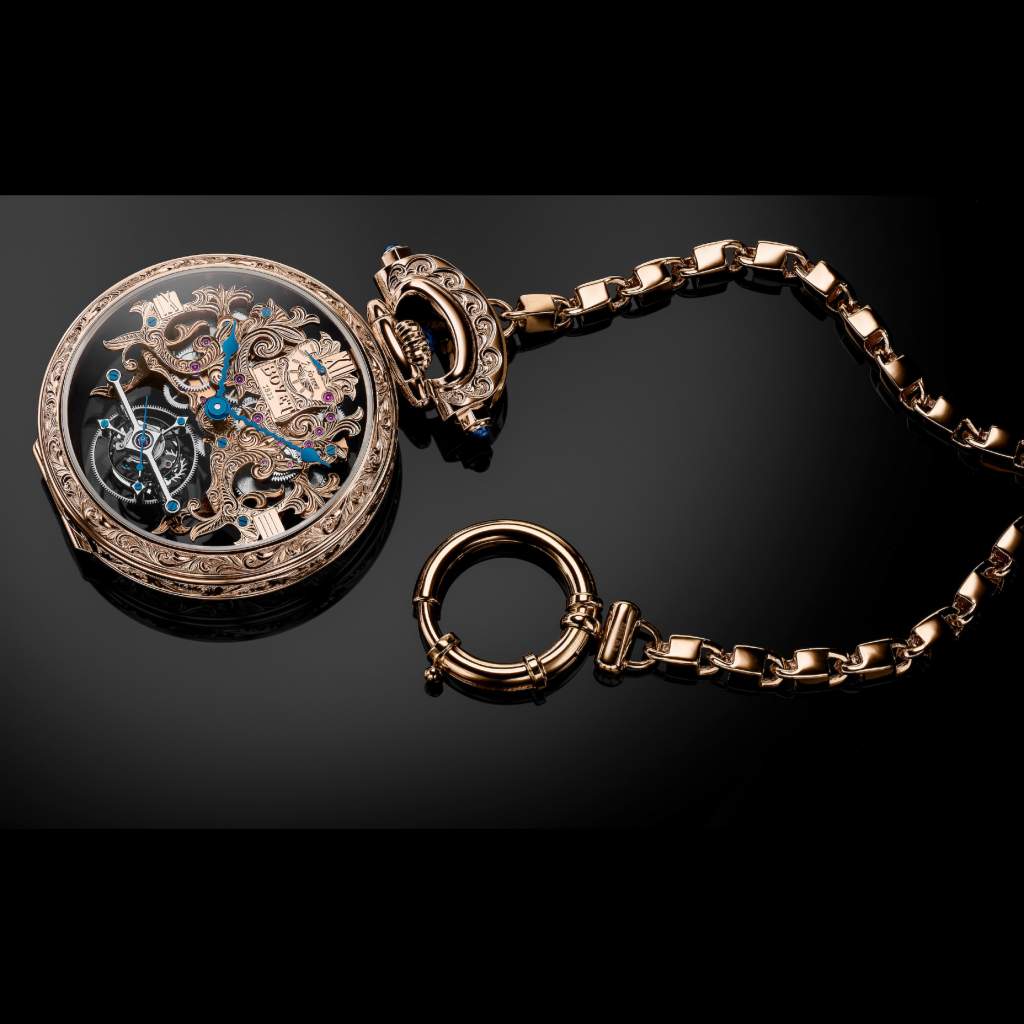 In 2013, Bovet unveiled its Amadéo Fleurier 7-day Skeleton Tourbillon for the collectors delight. Motivated by this success, the House is proud to launch in 2020 a limited edition of 10 pieces with an aventurine dial.

A first glance at this timepiece gives a clear idea of the efforts that must have been expanded by the watchmakers in achieving such a result without making too many technical concessions. This is particularly true given the vulnerable and delicate nature of open-worked movements and their escapement. Engraving artisans traditionally receive sets of openworked bridges and mainplates and decorate their surfaces by following the cut out shapes. In this case however, Pascal Raffy and his teams took a different approach to this timepiece in order to achieve aesthetic excellence without reducing its reliability and its precision-timing performances.

Hours and hours of observation would not suffice to discover each subtle feature, each detail or each stroke of genius – such as that of engraving the plates on both sides. The skeleton Amadéo Tourbillon remains a truly astonishing timepiece that can be worn daily with hours, minutes and a 7-day power reserve.

Reversible and with the amazing versatility of the Amadéo patented system, the new Amadéo Tourbillon will mesmerize with its new aventurine dial on the second face.