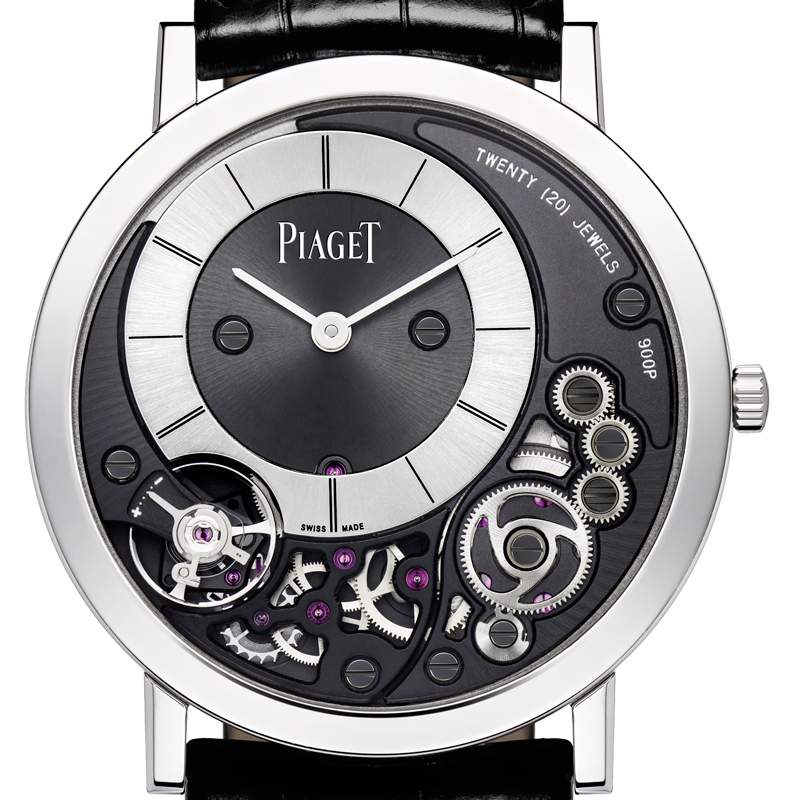 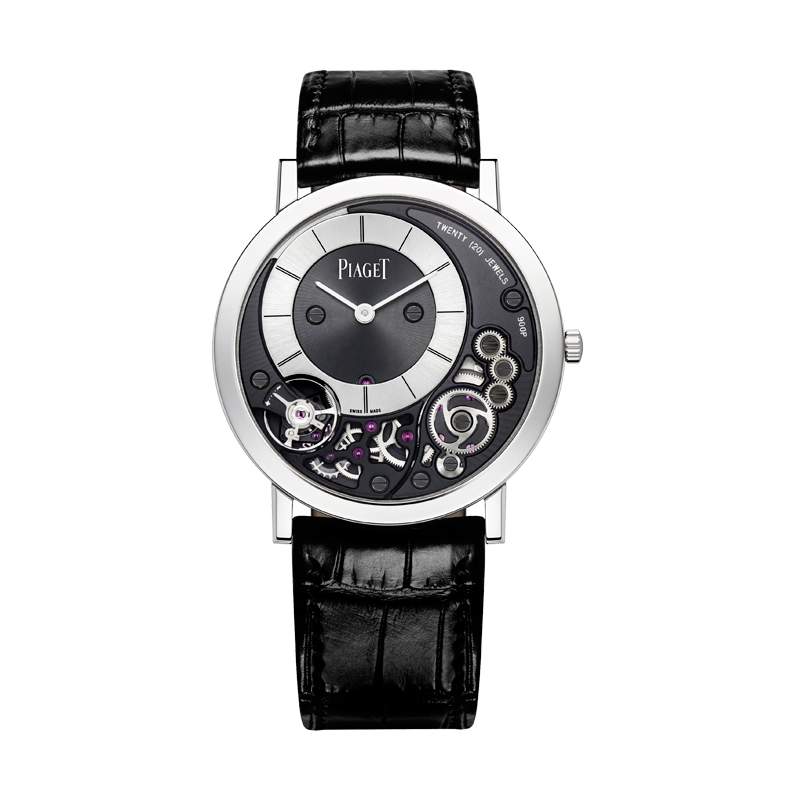 More than just a movement; more than just a case – this is both at once. The 38 mm 900P Altiplano, the world's thinnest mechanical watch. With its fusion of manual winding and external finishing, it was designed as an ensemble to set a world record for thinness, at only 3.65 mm thick.

The pinnacle of a half-century of virtuosity in the field of ultra-thin watches, in which Piaget reigns supreme, this luxury watch testifies to the sheer excellence of the Maison's two integrated Manufactures – where watchmakers, case makers and designers join forces to breathe life into this masterpiece of reliability and precision.

The secret of this extreme thinness lies in the case itself, which also serves as a main plate. Housing both the calibre and the case, the caseback was itself machine-tooled to accommodate the mechanical components. This most complex of architectures also required the reverse construction of the movement, with bridges fitted on the dial side, thus rendering them visible and requiring close attention to aesthetics. Offering an elegant contrast to the white gold of the case, the sunburst chamfered bridges are black. To gain a few more precious millimetres, the entire mechanism and hand system are contained within the thickness of the balance, with an off-centred hours and minutes display as a consequence, perfectly in tune with the emblematic codes of the Altiplano range.

These codes are enhanced still further by the visible gear train, inviting the wearer of this luxury watch to plunge into the heart of a highly subtle and technical mechanism.

Faced with the challenge of this highly reduced space, Piaget designed a suspended barrel, attached by a single bridge on the dial side, in contrast to traditional barrels which are also attached on the bottom plate side. However, this unusual system does nothing to hamper the mechanism's capacity, as the ultra-thin Piaget Altiplano 38 mm 900P boasts a generous power reserve of around 48 hours!