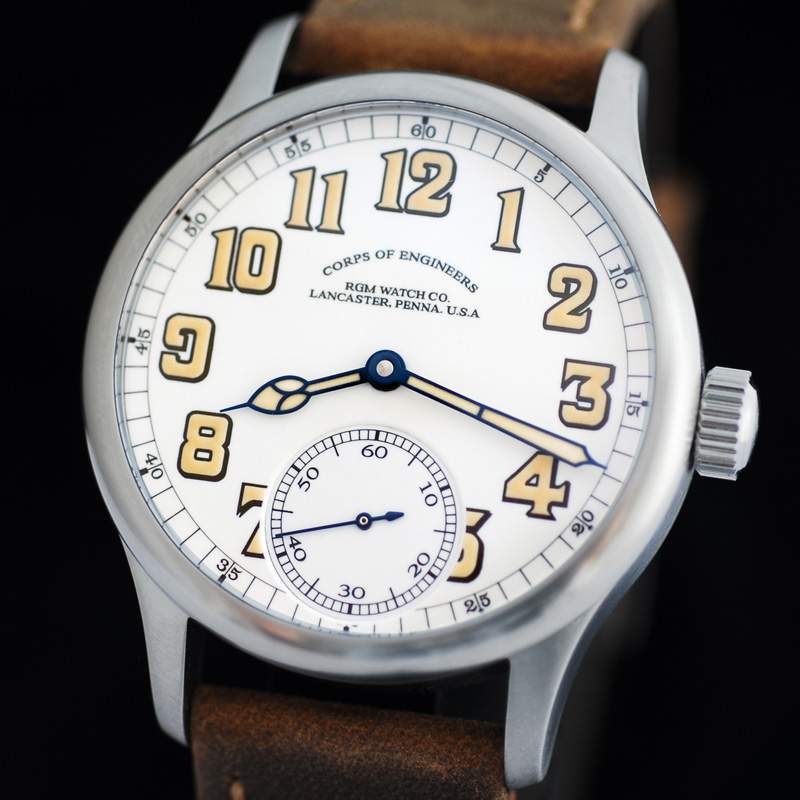 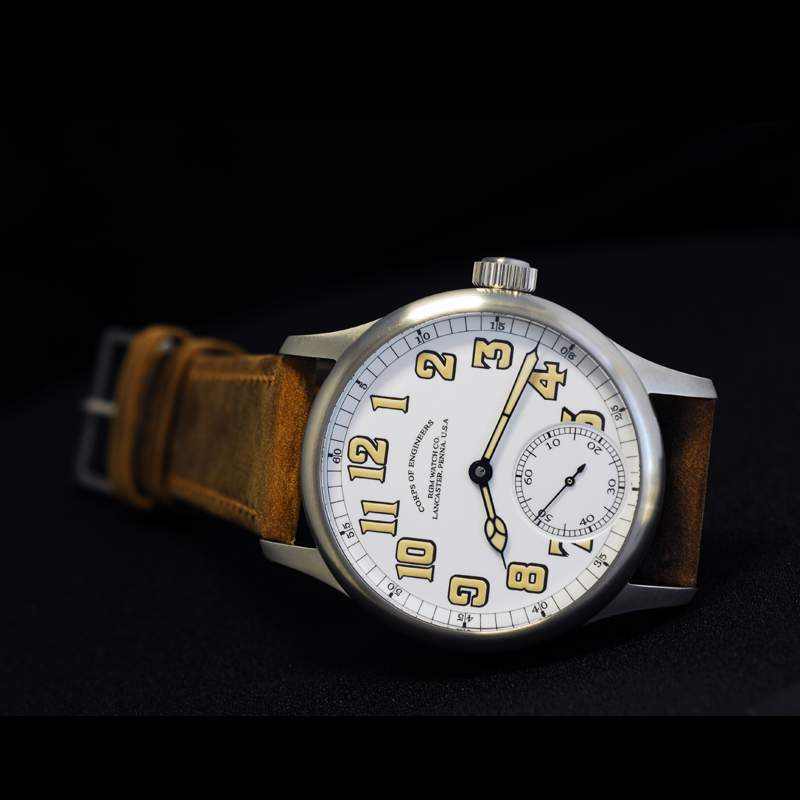 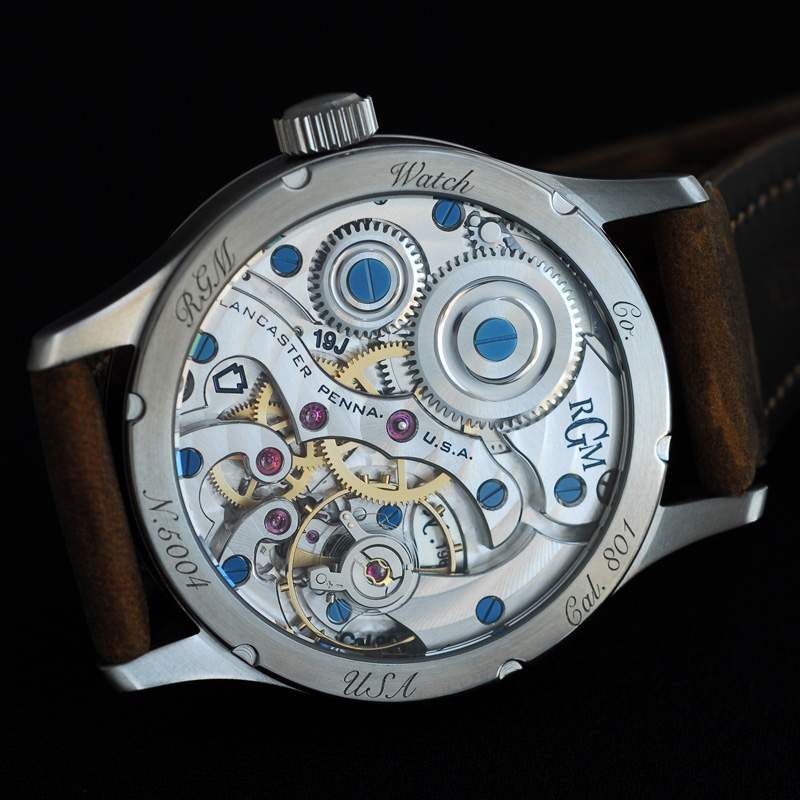 The RGM 801 Corps of Engineers watch was inspired by U.S. Army Corps of Engineers watches that were used during World War I. When the United States joined “The Great War” in April 1917, the arrival of American engineers was a top priority for the British and French governments. These engineers brought with them about 1,000 American-made Hamilton railroad watches. Later, they chose to procure similar watches from within Europe, ordering them from several Swiss companies. All models incorporated several technical features to ensure easy winding, legibility and accuracy to within 30 seconds a week.

The dial on RGM’s Corps of Engineers watch is made of real glass enamel, yielding an unmistakable appearance. The dial, created using the Grand Feu technique, features an easily readable deep white glass enamel with large luminous Arabic numerals. The hands are also classically made of blued steel in a period style that matches the dial and design of the entire watch.

Under this extraordinary dial is RGM’s original in-house American movement: Caliber 801. Inspired by America’s great watchmaking history, the 801 has classic American bridge shapes, reminiscent of the Keystone Howard Watch Company’s “Edward Howard” model. The unique winding click is inspired by the Illinois Watch Company’s “Illini” model. The deep mirror polished dish and sunray finish on the winding wheels is similar to those of the Illinois “Bunn Special” and “Illini” models. Like the great railroad watches of America’s past, the 801’s components are hand-finished and decorated.