The GPHG Academy, launched in 2020, will enable it to write the next chapters of its history.
By Raymond Loretan 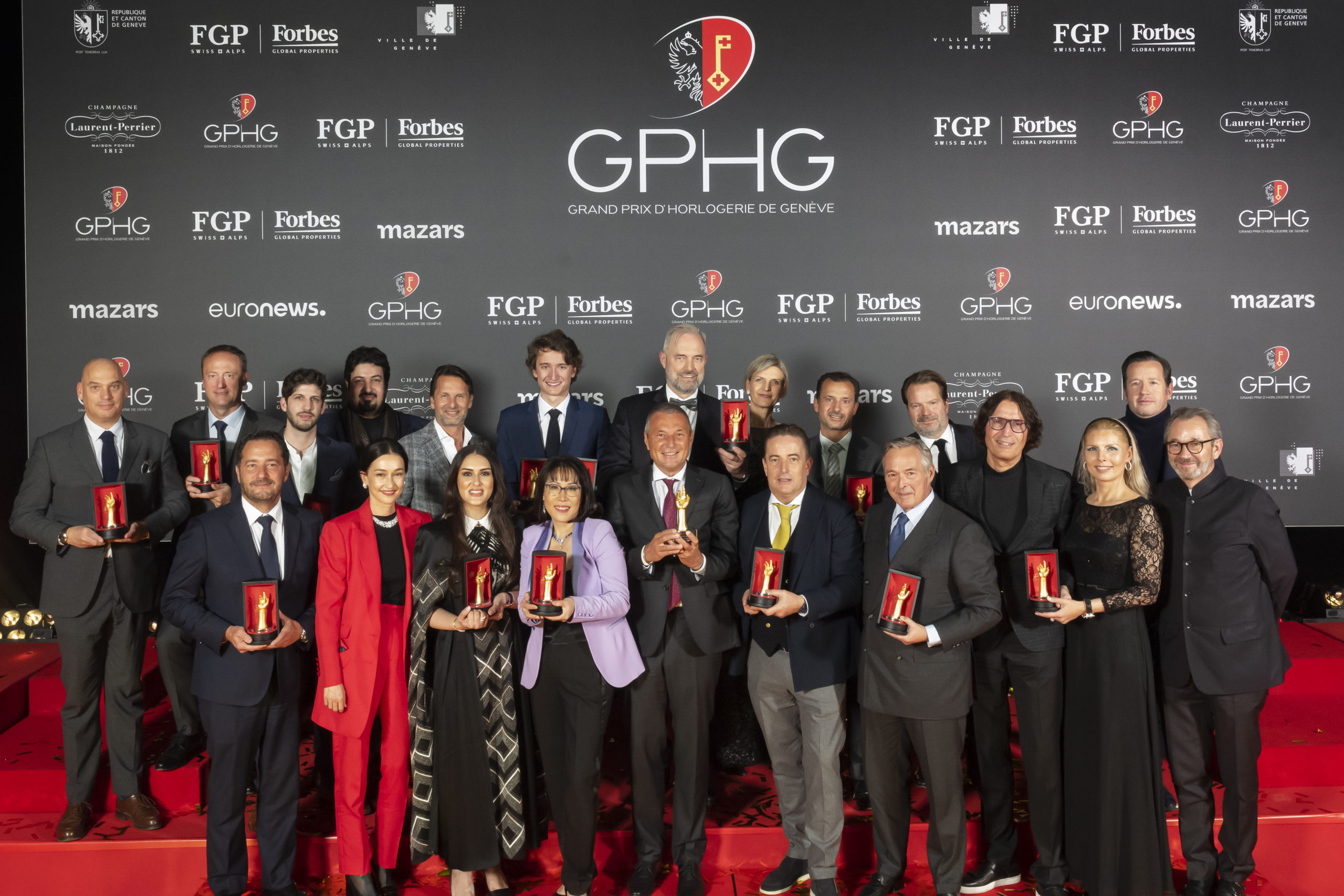 Solidarity flows from the very spirit of the Grand Prix.
Entering the competition that distinguishes the most accomplished creations means
taking part in the international influence of the industry.

The Grand Prix d’Horlogerie de Genève (GPHG) just turned 20, the age of emancipation and of endless possibilities. Dedicated for rewarding the finest watch creations in their category each year since its creation in 2001, with the support of the Canton and the City of Geneva, the GPHG has become increasingly open to the world over the past two decades, becoming one of the most eagerly awaited events on the international watchmaking calendar today. As media showcase for the industry, its prize lists, which include some 20 awards, including the famous “Aiguille d'Or” best-in-show distinction, contribute to the recognition of watchmaking excellence on all continents. They have earned the consideration of industry professionals as well as watch enthusiasts.

While the processes involved in the GPHG have proven their worth, the decision was taken as it reached maturity to push its range of action even further and strengthen its legitimacy by creating its Academy. Inducted in 2020, this entity representing all the professions in the industry now comprises more than 500 members from the five continents, all of whom are authorities in their field. The role of these academicians is to participate in the various stages of selecting watches from among the hundreds of models eligible for the Grand Prix categories. Together, they constitute the most extensive ever worldwide network of ambassadors for the art of watchmaking.

This Academy is the foundation on which the GPHG intends to base the next chapters of its history. The challenge remains the same as ever: to highlight the art of watchmaking throughout the world. However, this ambition is impelled by a new unifying spirit: dedicated not only to promoting the art of watchmaking, but also to stimulating the role of the imagination within the industry, the Academy also works to strengthen the links between its various representatives.

"The GPHG is affirming its faith in the ability of watchmakers, wherever they may be, to unite and chart their future together." Raymond Loretan

By implementing this project, the GPHG is affirming its faith in the ability of watchmakers, wherever they may be, to unite and chart their future together. This conviction is a necessity at a time when the temptation to turn inward is exacerbated by the pandemic.

In accordance with the principles underpinning the credibility and reputation of the GPHG, the Academy is driven by the values of neutrality, universality and solidarity. The institution has been endowed with operating rules and a certified digital platform designed to preserve the neutrality of its members and the independence of its selection processes. The presence within it of stakeholders from all continents and the opening of the competition to watchmakers from all over the world are guarantees of a diversity that echoes the desire for universality. As far as solidarity is concerned, it flows from the very spirit of the Grand Prix. Entering the competition that distinguishes the most accomplished creations means taking part in the international influence of the industry. It also implies contributing to shining a spotlight on crafts capable of perpetuating ancestral know-how while integrating the challenges of sustainable development and pushing the boundaries of technology.

It is no coincidence that these values coincide with the basic principles of Swiss diplomacy, the same as those that have forged the exceptional nature of international Geneva. Indeed, which other city than Geneva – home to the birth and growth of watchmaking before becoming the world capital of dialogue and international cooperation – could have offered such legitimate patronage to this industry that has conquered the planet by raising itself to the rank of an art form? The sector has a global turnover of around USD 50 billion and produces nearly 1.2 billion timepieces* each year. For the past 30 years, it has experienced a continuous growth cycle, interrupted only by the current public health crisis.

Watches have indeed become much more than mere time-keepers. Gems of innovation, artistic creativity or both at once, they radiate authentic soulfulness embodying daring and tradition, precision and poetry, simplicity and sophistication. These qualities are precious reference points in a world subject to existential challenges and perpetual agitation. One need only look at the attendance at Dubai Watch Week last November to be convinced of the vitality of the watchmaking sector. A few weeks earlier, the GPHG itself had a full house at the Théâtre du Léman for its annual awards ceremony, thereby confirming that players in the sector truly believe in their shared destiny.